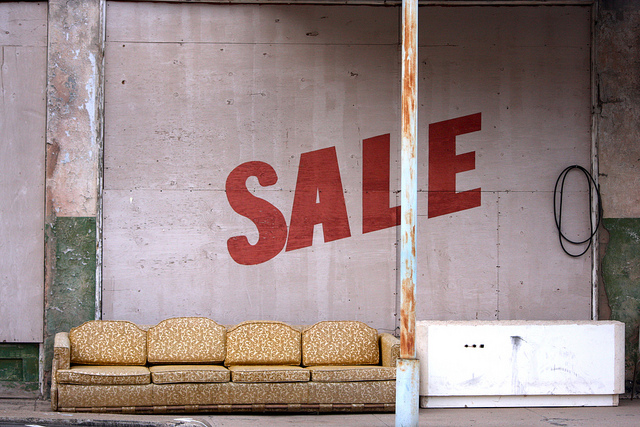 Lately, it seems as though a week doesn’t go by in which a major financial institution isn’t entangled in accusations of fraud, market manipulation, or some other unscrupulous behavior. Last summer, it was the Libor price-fixing scandal that captured headlines.

Proving that the incident was far from an anomaly, many of the same institutions purported to be involved in said scandal are suspected of having rigged the ISDAFIX, another privately calculated rate that acts as the basis for interest-rate swaps.

Of course, high-finance collusive manipulation isn’t limited to esoteric benchmarks. JPMorgan Chase (NYSE: JPM) and Goldman Sachs (NYSE: GS) have recently received unwanted press for their supposed roles in manipulating aluminum’s commodity price by hoarding massive inventories. Then there’s the infamous muni-bond rigging scheme that has — reportedly, of course — played out over years and involved a who’s who of the country’s name-brand financial institutions. As one can imagine, the list goes on and on.

Too Big to Jail

What’s more troubling than the revelations themselves is the response — or lack thereof — from regulators that have done little to punish offenders or enact meaningful reform. Sure, big banks have doled out multimillion-dollar settlements here and there. In each case, however, the fines have come out of the corporation’s coffers rather than the pockets of high-level executives complicit in the wrongdoing.

Furthermore, Attorney General Eric Holder has only brought criminal charges against two senior executives for Wall Street’s role in the housing collapse, and one of those cases was lost. I guess being too big to jail goes hand in hand with being too big to fail. Luckily, the Department of Justice has good reason for coming down so softly on bankers, and it’s got nothing to do with the revolving door between high finance and big government or the steady influx of campaign contributions from fat-pocketed financiers.

If you can believe it, Attorney General Eric Holder actually confessed that the reason for not prosecuting offending banks was out of fear of destabilizing the economy or, more specifically, to avoid “collateral consequences.” Surely there’s no reason to think that a complete lack of accountability won’t cause far greater harm to the economy over the long haul by setting the stage for future excessive risk-taking and acts of market manipulation.

All Hope Is Not Lost

As stories of corruption continue to pour out of the financial sector, the idea of a rigged market no longer stinks of conspiracy theory. It has become increasingly evident that powerful banking interests have a hand in fixing the price of just about everything — from commodity prices and mortgage rates to the esoteric derivatives.

With regulators either ten steps behind the industry or simply guilty of turning a blind eye to infractions, it is no surprise that confidence in the financial system has sunk to all-time lows.

Even with the odds seemingly stacked against everyday investors, now is no time to tuck one’s hard-earned cash under the mattress. Successful investing is still possible in today’s rigged economy; however, to achieve this, investors must come to grips with the fact that the market not only acts irrationally at times, but is also characterized by an asymmetrical distribution of information, opportunities, and privilege.

To stay afloat in these shark-infested waters, investors must refocus their sights on the big picture rather than attempting to play the unpredictable gyrations of the market. Over the long term, financial markets ultimately converge with economic reality. Therefore, those keen to the fundamental forces at play discover opportunities to reap tremendous rewards even while playing against a loaded deck.