Employee turnover is a fact of life. The Bureau of Labor Statistics hasn’t tracked one age group for their entire working life, but it reports that young baby boomers (ages 51 to 58) worked an average of 11.3 jobs from ages 18 to 46. That’s a lot of switching jobs, and they’re not even the generation most known for job-hopping (ahem, millennials).

Though switching jobs definitely has an effect on the employees themselves, it has a financial cost for the companies they’re leaving. The Center for American Progress, a left-leaning think tank, aggregated 30 case studies from numerous research papers and found that the average cost to replace an employee is about 20% of that person’s salary. For employees who make $30,000 or less, the replacement cost is also lower, but the center estimates it’s still about $4,800. At a managerial level for someone making $75,000, that turnover cost jumps to $15,000.

Part of the turnover is unavoidable, based on the bureau’s biennial data. The median job tenure is just 4.6 years, a number unchanged since 2012. That increases slightly for managerial positions (a median tenure of 6.9 years) but dips drastically to 2.2 years for food service personnel. Occupations in other sectors vary between those two figures.

Instead of just wringing their hands and waiting to receive a letter of resignation, company leaders are trying to devise formulas that will help them predict when their employees will leave. According to a report from the Wall Street Journal, companies such as Walmart are already using formulas to predict such moves. Data crunchers use numerous factors such as job tenure, position, geography, performance reviews, and more to identify flight risks.

The data points can take different levels of significance depending on the company. According to the Journal report, companies such as cloud storage service Box use analytics from Culture Amp. The analytics firm reported that, based on employee surveys, the connection employees feel to their team trumps their pay or relationship with their boss. But at financial institution Credit Suisse, managers’ performance and team size play a major role in the employees’ overall satisfaction and their propensity to leave.

While some of these models might be developed in-house, there are software and human resources companies already developing the software necessary. Ultimate Software, a human resources company, developed and released its UltiPro Rentention Predictor in 2013. The software uses 50 key data points that predicts the likelihood of an employee staying with the company for the next year. “For the first time, executives can see what the flight risk is of their employees across all levels of their organization, which allows them to really emphasize and focus on the areas that are at greatest risk,” said Steve VanWieren, principal statistician and data scientist for the company.

One data point can’t fully predict turnover, perhaps the reason Ultimate Software uses 50 in its analysis. “One of the things that people want to find is that one nugget, that key thing that correlates with someone leaving, but it is never that simple,” Thomas Daglis, a data scientist at Ultimate Software, told WSJ.

Big data not just for quitting

Knowledge might be power. In some cases, such as Walmart, analysis is used to predict when employees will leave their position because of promotion as well, not just attrition. The company promotes 160,000 to 170,000 people per year, according to WSJ, and leaving an unfilled position for months at a time isn’t ideal. “If we can tell three months in advance [that a position is going to be open], we can start hiring and training people. You don’t want the jobs vacant for that long a time,” said Elpida Ormanidou to the Journal, Walmart’s vice president of global people analytics.

There’s an onslaught of new tools available besides the algorithm Ultimate Software developed. Salesforce announced a new product in the past year, Tidemark offers similar products, and HR management platform Workday also announced in November 2014 it was infusing big data analysis into its services. It’s in a similar manner to how Netflix suggests movies you might like and Facebook targets its ads, but in this case for how quickly an employee might leave. Workday’s software also offers suggestions for what might convince the employee to stay, according to The New York Times.

“We’ve applied machine learning to affect consumer tastes,” Workday’s director of data science Mohommad Sabah told the Times, “putting it to career choices, to pay and employment, have a huge upside if we do it right.” Already, he said, “we’re surprised how accurately we can predict someone will leave a job.” 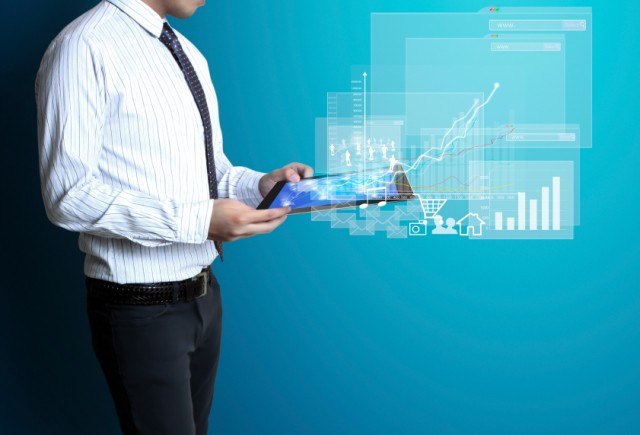 Being able to predict that someone is leaving a company might be helpful for executives. But a continuing challenge will be what happens after a formula shows an employee might be on the way out the door. It’s perhaps disconcerting enough that your manager is using a formula to predict your behavior. How much more weird will it be if they approach you, asking when to expect your two week’s notice? “Our goal is to never say the only reason we are coming to talk to you is because an algorithm told us to do so,” said John Callery, director of people analytics at AOL, to the Journal.

The Harvard Business Review has some tips for executives in this position. “Effective predictive analytics depends on how real people react, not just on the elegance of the analytics,” it reports. In other words, the best option is often to provide incentives to stay, without employees realizing they’re being targeted because of what a statistical model shows. One case study in doing this well can be seen at Credit Suisse, which implemented a company-wide “Grow Your Own” internal advancement program for employees. Will Wolf, the institution’s global head of talent acquisition and development, has been working for years to develop a means of predicting employee behavior.

When the analytics began showing that the bank hired more outside talent than promoting from within, discouraging existing employees, the company began placing a larger emphasis on internal advancement. Wolf said on the company’s blog, The Financialist:

The work has helped us determine, with ever-greater accuracy, an employee’s probability of quitting. If we know who is likely to be restless and why, we can help provide new avenues for them, for example. Even if they’re not interested in the roles our internal search function is offering, they’re blown away that we’re going out of our way to try to find them something interesting and new .

Wolf believes that the program is working, telling the Journal that at least 300 people have been promoted through it. Plus, a one-point reduction in unwanted attrition rates saves the bank $75 million to $100 million a year, Wolf said.

Companies using data predictors might be a little creepy, yes. But if the end result is human resources managers taking a closer look at how their companies respond to employee needs — and taking steps to improve the problems — it can’t be all that bad. Plus, a raise or promotion is a pretty spiffy silver lining to statistical analysis.