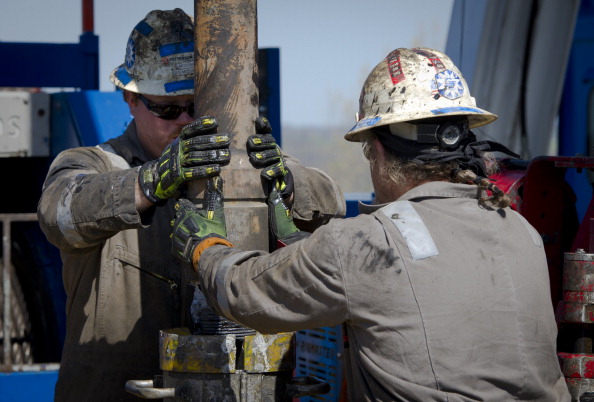 Cheap and bountiful energy is integral to America’s future. As we’ve seen prices for fossil fuels plummet over the past year or so, a lot of it has to do with one of the most controversial and maligned production practices out there: hydraulic fracturing, or fracking. While there is justifiably plenty of concern regarding the safety and sustainability of fracking, it’s quickly becoming clear that there are vested interests — with loaded coffers — intent on keeping some of the industry’s secrets under wraps.

While much of the negative attention swirling around the fracking industry has been directed at methane leaks (which can pollute wells to the point that tap water can be lit on fire), there is another huge side effect that is quickly becoming a much bigger problem: earthquakes.

Seismic activity is starting to occur in areas where, traditionally, they have been rare or nonexistent. What we’re learning is that it all ties into fracking, as the actual act of fracturing the ground is leading to earthquakes. On top of that, a report from Bloomberg suggests that not only are these earthquakes related to fracking operations, but that there has been a widespread coverup by energy companies to suppress that information.

The result? Oklahoma is now more seismically active than California, becoming the country’s most earthquake-laden state.

According to Bloomberg, it appears that researchers and scientists were under big pressure from oil and natural gas companies to keep quiet about the earth-shattering effect that fracking was having across the state of Oklahoma. A series of emails and other communications show that big business officials had many meetings with state regulators and researchers, which has raised a lot of questions.

While energy companies have maintained that fracking is not nearly as destructive as it’s made out to be in the press, it’s hard to argue with the numbers. “Over the previous 30 years, Oklahoma had averaged fewer than two earthquakes a year of at least 3.0 in magnitude. In 2015 the state is on pace for 875,” write Bloomberg’s Benjamin Elgin and Matthew Philips, citing Oklahoma state seismologist Austin Holland.

What’s going on in Oklahoma, exactly? It’s clear the fracking and energy industries are taking the offensive to protect their interests. It’s difficult to blame them, since the advent of fracking as a means of reaching valuable resources underground has been a boon for business, a boon that everyone in America is benefiting from in the form of jobs and inexpensive energy.

The issue is that it’s becoming more obvious that fracking is much more dangerous than the energy industry is willing to admit. Not only does it appear to cause earthquakes in areas that do not rest on any faultlines or previously seismically active areas, but there’s also the health concerns stemming from methane leaking into wells and tap water. Not to mention the environmental damage caused by wastewater and the myriad potentially hazardous chemicals used during the injection process.

The real issue at hand is that it looks as though energy companies are aware of how destructive and dangerous fracking is and have been misleading the public and pushing forward with it anyway. It’s similar to how the tobacco industry warded off criticism decades ago.

While it doesn’t justify the actions of fracking companies, which are evidently willing to put public health and safety on the line to boost production, it makes sense from a business standpoint. The industry itself has been facing heated opposition as more and more information about fracking has come out, and new government regulations are poised to make it even harder to continue along the same path the industry has been headed down.

That’s on top of the issue that profits are already starting to take a big hit, as fuel reserves swell from the domestic production boom. OPEC and international producers haven’t slowed their own production schedules either, putting domestic companies in a bit of a crunch.

It’s hard to win public support, however, when these companies have been hiding the effects of their operations from the public — be it seismic or otherwise.