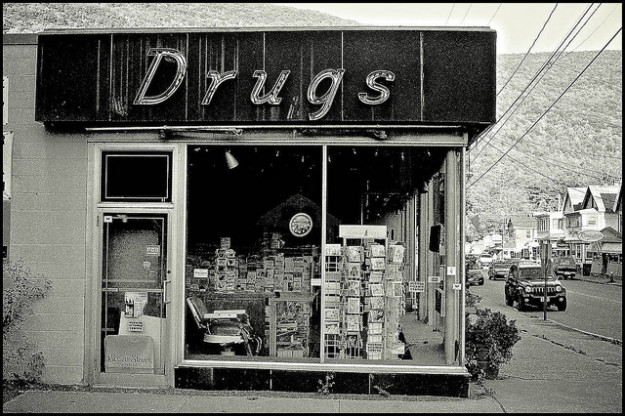 Electroporation is a delivery platform that uses an electrical pulse to create temporary pores in cells. An agent is then used in conjunction with electroporation at lower doses than what would normally be delivered systematically to produce a more potent effect with fewer side effects.

The effects of this process have been confirmed in countless small trials, both in treating cancer and infectious diseases. Most notably, these proven results have been displayed by Inovio. Roche felt that Inovio’s small studies were enough to warrant an investment, as Roche agreed on a $10 million upfront payment with milestone payments that could exceed $400 million. Hence, this is a rather large investment on behalf of Roche, and it’s worth noting that Inovio has a slew of clinical trials. Yet its partnership with Roche includes just two preclinical DNA immunotherapies targeting prostate cancer (INO-5150) and hepatitis B (INO-1800).

Not only did Roche’s interest help to validate the use of electroporation to treat diseases, but it also indicates significant upside, as the rights to only two preclinical programs were included. This shows that either Inovio was unwilling to partner on its more advanced programs or that it wanted more money. Regardless, $400 million in potential payments is quite a deal for two preclinical programs, a fact that can’t be denied.

As we often see, when one big pharma leader makes a move, its peers often follow. We saw a perfect example on February 5, when Pfizer entered into an agreement with Ichor to develop electroporation devices in therapeutic cancer regimens.

While Ichor is a private company, the deal itself is a good sign for companies developing electroporation-based products in clinical trials. In regards to Ichor, no financial information was disclosed, seeing as how it is a private company. But it’s worth noting that Pfizer’s collaboration is similar to Roche in that it’s working to develop the electroporation technology as part of Pfizer’s preclinical cancer vaccine-based immunotherapy research program.

Which electroporation company is next?

With all things considered, now the question is which company will be next to earn big pharma’s support, and which company might show that interest?

As for the electroporation company, it seems most logical that OncoSec Medical (ONCS.PK) would be next in line. OncoSec Medical does not have as large a pipeline as Inovio, but it is indeed cancer focused. And given the amount of emphasis being placed on immuno-oncology, it might very well be interesting to a lot of potential partners.

Combined, OncoSec has robust data to support its electroporation device combined with the agent IL-12. So far, OncoSec has utilized ImmunoPulse (electroporation+ IL12) on 47 melanoma patients. In the company’s last update, 61.1 percent of patients showed a systematic immune response — tumor shrinkage greater than 30 percent — which shows that electroporation is increasing the uptake of the agent used.

This data have also been consistent in treating MCC, as all patients treated saw an uptake of IL-12 of at least 100-fold, and some as high as 1,000-fold. MCC is an orphan disease with no Food and Drug Administration-approved treatments and no ongoing trials aside from ImmunoPulse. Hence, MCC alone might be appealing to a potential partner, as would the late-stage nature of OncoSec’s pipeline.

Companies looking to partner could be an array of names. AstraZeneca (NYSE:AZN) is getting serious about its cancer pipeline; Bristol-Myers (NYSE:BMY) recently sold its diabetes franchise to invest in immuno-oncology, and electroporation could be a part of that plan. However, Merck (NYSE:MRK) might be the best fit.

In my opinion, there are two key reasons why Merck might look to partner with OncoSec: Dr. Robert Pierce and OncoSec’s plan to begin testing anti-PD1s.

Merck already has the single most effective anti-PD1 in treating melanoma, based on known data from last year’s ASCO. However, Merck is lagging in combination therapies, in particular against Bristol-Myers and Roche, both of which have Yervoy, Zelboraf, and Avastin. By partnering with OncoSec, Merck would gain a technology to combine with its anti-PD1, which in turn could minimize side effects and possibly improve the efficacy profile. Seeing as how OncoSec has already announced plans to test an anti-PD1/PDL1 with electroporation, such a partnership would seem like a good fit.

Then, there’s the connection with Pierce, who is OncoSec’s chief medical officer, but was an executive director at Merck and a member of the global anti-PD1 development team. Pierce has more than 50 peer-reviewed journal articles and book chapters under his belt and is highly respected within the industry. Recently, I spoke with Pierce in a conversation regarding “why” he decided to work with OncoSec, and he told me something very interesting, something that might explain why these oncology leaders are showing an interest in electroporation.

“If you look at the melanoma patients — a disease which has the highest monotherapy response rates with anti-PD-1 therapeutics seen to date — something on the order of 60 percent to 80 percent of patients will not respond to PD-1 Checkpoint Inhibitors,” he said.

He added: “There is a tremendous unmet medical need across many solid tumors, which can be simply stated as the need to convert non-immunogenic tumors into immunogenic ones.”

Finally, he explained: “Based on what we know about the mechanism of IL-12 and our own Phase 1 and Phase 2 data, we would expect that OncoSec’s IL-12 electroporation will significantly augment the immunogenicity of tumors, effectively converting PD-1 non-responders into responders.”

To summarize the three quotes above by Pierce, he believes that IL-12 electroporation has the potential to convert the 60-80 percent (or at least some) of PD-1 non-responders into responders. Quite frankly, this could be huge if possible, and it might very well explain the recent interest by big pharma, specifically those exploring, testing, and preparing to market anti-PD1/PDL1 therapeutics.

For investors, think of the peak sales estimates that you’ve heard regarding anti-PD1/PDL1s. In Goldman Sachs’s list of eight disruptive technologies, the firm estimates that the three most advanced drugs from Bristol-Myers, Merck, and Roche could earn $7 billion each.

Now, we already know these estimates are based on the potential in melanoma, lung, and kidney cancers among others; but if only 20-40 percent of patients respond, then the majority of revenue would be created via combination therapies. However, as Pierce implies, if those non-responders can become responders, then the market potential for these agents could be unprecedented.

Simply put, big pharma has shown a sudden and almost unexpected interest in electroporation and, based on the investment of Pfizer, that interest is significant. Perhaps Pierce’s theory holds an answer to the reason for this interest — nonetheless, this is a space that could very well be in the headlines in the years ahead.

Maybe big pharma partners with more of Inovio’s programs. Or perhaps it will be more private company partnerships or acquisitions. While possible, I think all signs point to OncoSec as being next — and that Merck could very well be a suitor. Regardless, it should make for an interesting story to follow.