The 10 Biggest Regrets People Have About Buying a Home

Shelley Long and Tom Hanks in The Money Pit have a few regrets about buying a home. | Universal Pictures via YouTube

Your home might be the biggest purchase of your life, but there’s a good chance you’re not going to be completely happy with the way the transaction went down. Half of people financial website NerdWallet surveyed said if they could repeat the home-buying process, they’d do something differently.

Some people wished they’d saved more money. Others regretted not learning more about mortgages. And a few realized they should have shopped around for a loan. Generation Xers were the most likely to wish for a home-buying do-over, with 61% saying they had some regrets about purchasing their house. Fifty-seven percent of millennial homebuyers had regrets. But more than half of baby boomers said they didn’t have any second thoughts about buying their home, perhaps because they were either more financially savvy when they bought their home or because they had more time to come to terms with their decision.

Many of people’s home-buying regrets had to do with a lack of financial preparation. People who bit off more than they could chew financially sometimes wished they’d done things differently. To avoid second thoughts when buying your next place, check out this list of 10 of the biggest regrets people have about buying a home.

1. Spent too much money

In 81% of U.S. counties, home-price increases outstripped wage growth in 2016, according to Realty Trac, putting homeownership out of reach for millions of Americans. Those who do take the plunge might end up spending way more than they expected, and some come to regret it. Overall, 4% of homebuyers NerdWallet talked to said they’d bought a house that was too expensive. Millennials and Gen Xers were more likely to say they’d spent too much money on a house than baby boomers.

Spending too much money on a house can have serious economic consequences. More than half of Americans say they’ve had to make sacrifices in order to afford their mortgage or rent, a 2015 MacArthur Foundation survey found. A fifth took on an extra job, 17% stopped saving for retirement, and 14% racked up credit card debt. 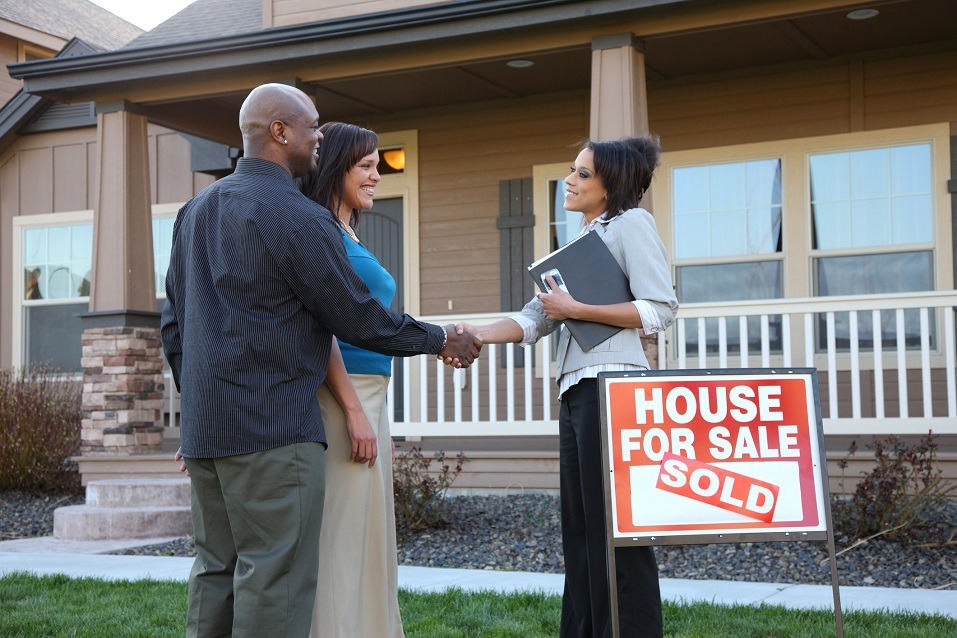 A couple shakes hands with a real estate agent in front of their new home. | iStock.com/lewkmiller

When you buy the wrong pair of shoes, you can take them back to the store and get a refund. But there are no take-backs when you’re buying real estate. Unfortunately, 5% of homeowners said they regretted buying their house, a share that was relatively consistent across generations.

Once you’ve bought the wrong house, there’s not a lot you can do to fix the problem short of putting it on the market and going through the whole process again. To avoid regrets, make sure you avoid common home-buying mistakes, such as forgoing an inspection, ignoring the realities of a long commute, or picking the wrong neighborhood.

3. Bought a house with the wrong features 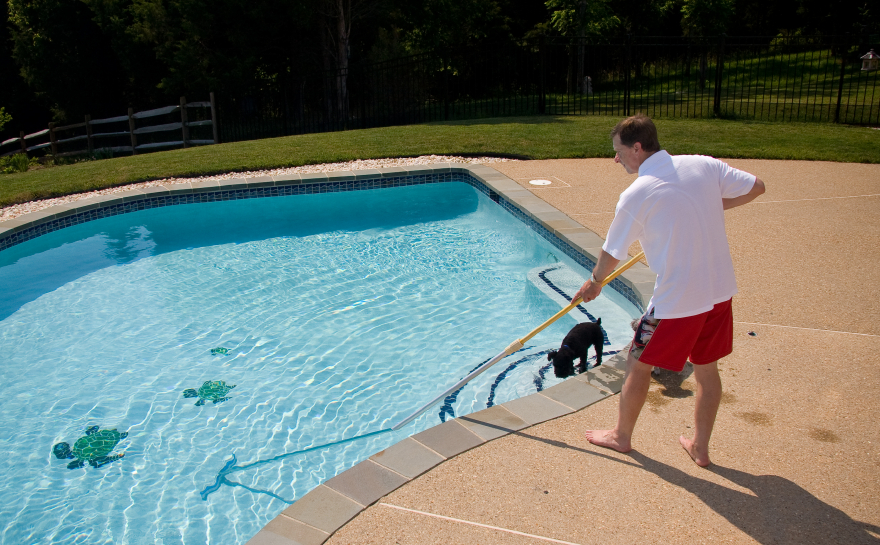 A man cleans his swimming pool and potentially regrets having one. | iStock.com

You thought you wanted a house with a chef’s kitchen, backyard pool, and home theater. Now that you’ve moved in, you’ve realized you don’t cook that much, the pool is a pain to maintain, and you’d rather have a guest suite for your in-laws than a room dedicated to watching movies.

Seven percent of homebuyers said the amenities and features they valued most when buying home later changed. Millennials were the most likely to have a poor fit between their home’s actual features and the ones they realized they wanted, perhaps because they’re younger and still figuring out what they need in a house.

“Look at houses based on the lifestyle you have not the lifestyle you aspire to have. … We’d have loved a large green lawn but realistically we’d never maintain it and probably wouldn’t spend on a gardener,” a first-time homebuyer advised in the Personal Finance sub-Reddit.

4. Should have waited longer to buy 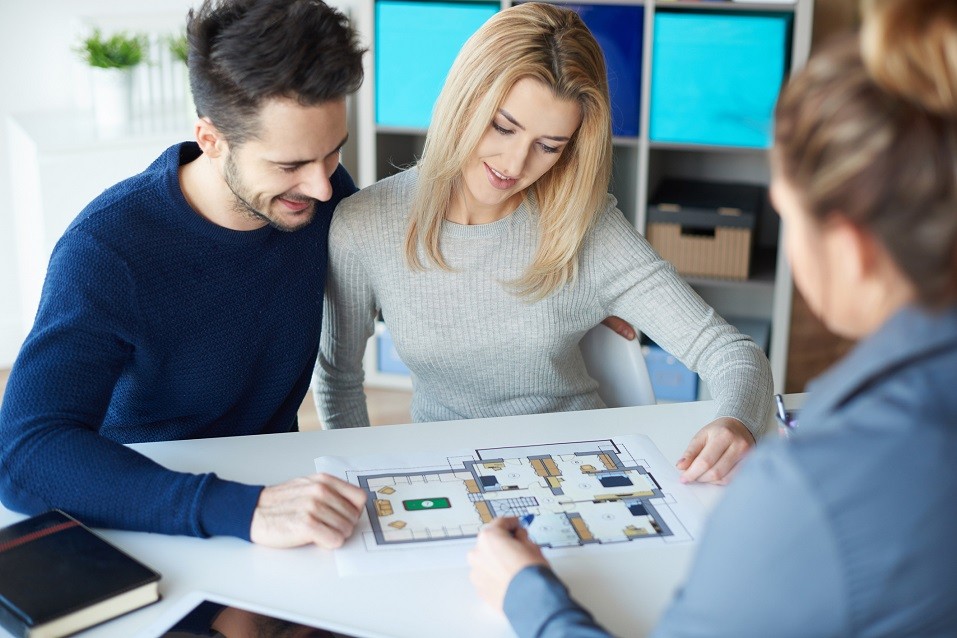 A young couple meet with a real estate agent. | iStock.com/gpointstudio

“Renting is like throwing money away,” some people say. But pressure to stop wasting money and get started building wealth could lead some people to jump into homeownership before they’re really ready. Five percent of people felt they rushed into the home-buying process sooner than they should have.

Ten percent of millennials and 6% of Gen Xers felt they jumped the gun on buying a home. (Only 1% of baby boomers felt they bought a home too earlier.) It’s hardly surprising that younger buyers might come to regret their home purchases. While owning your own home has advantages, it can also make it difficult to move around for new job opportunities. Younger buyers also might not be financially prepared for the costs of homeownership or not have had time to save enough for a big down payment, which can lead to a more costly mortgage. 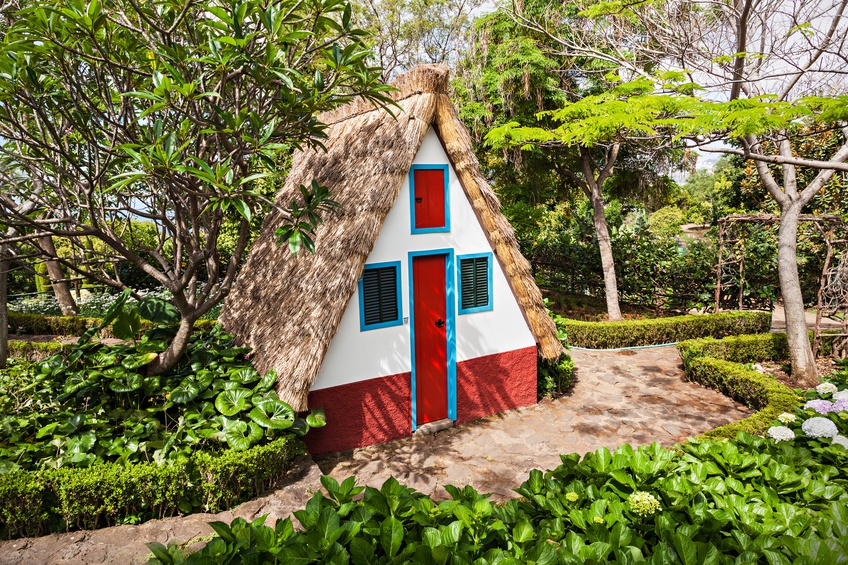 Some people might come to regret the tiny-house trend. | iStock.com

Tiny homes might be popular on TV, but most Americans are still looking for McMansions. The average new house in the U.S. is 2,467 square feet, according to the Census Bureau. And that’s still not enough space for some people. Thirteen percent of buyers said they wish they’d bought a bigger house, including 19% of millennials and 20% of Gen Xers. Baby boomers were far more likely to be satisfied with their home’s size, with only 6% wishing they had a bigger place.

If you’re feeling cramped after you buy, home additions and renovations can add more space, provided you can come to terms with the price. The typical home addition costs $40,942, according to HomeAdvisor, while renovating a basement into livable space costs $18,810 on average. If you can’t afford a major renovation, tricks such as furniture that doubles as storage, using mirrors to make a room look larger, and even cleaning windows to let in more natural light, can make a petite home look more like a palace.

6. Didn’t save enough for a down payment

More than 25% of millennial and Gen X homebuyers wish they’d saved more for a down payment. | Christopher Furlong/Getty Images

Millennials in many U.S. cities will need to save for 10 years or more before they have accumulated enough for a 20% down payment on their home, research by ApartmentList found. Rather than wait, many are forging ahead with home purchases anyway, sometimes putting as little 3% or 5% down.

Low down-payment options can turn renters into buyers, but some regret the rush to homeownership. Twenty-eight percent of millennials and 27% of Gen Xers who NerdWallet surveyed wished they’d saved more before purchasing their house. Although it’s difficult for many first-time buyers to come up with the traditional 20% down, there are still good reasons to try to do so, including avoiding private mortgage insurance, paying less interest over the life of the loan, and making smaller monthly payments.

Newbie homebuyers often underestimate exactly how much paperwork is involved in getting a mortgage and buying a home. Twelve percent of millennials NerdWallet surveyed said they wished they’d kept their paperwork better organized from the start.

Depending on your source of income, you might need to provide W-2s or tax returns, profit-and-loss statement for any business you own, brokerage statements, proof of Social Security income, or evidence of child support paid to you in order to get a mortgage. You’ll also need proof of your assets, including documentation of down payment gifts and copies of bank statements, as well as information of outstanding debts.

Gather all your paperwork in advance, and develop a system for keeping it organized to prevent hiccups in the application process. Once you buy your house, continue to stay organized. Keep documents related to your mortgage, taxes, insurance, and home improvements in one place, so you know where to find them when you need them.

Hindsight is 20-20, and many homeowners wished they’d spent more time educating themselves about the realities of the home-buying and mortgage-lending process before they purchased their home. Gen Xers were most likely to wish they’d done more research, with 19% wishing they’d been better informed about the mortgage process and 16% regretting they didn’t learn more about buying a home in advance.

A lack of knowledge about how home buying and mortgages work makes it more likely that a buyer will make a rookie mistake. Some might not realize they can negotiate closing costs, underestimate how much money a lower interest rate will save them on their mortgage, or not pay close attention to the terms of their mortgage (such as whether it’s a fixed- or variable-rate mortgage). Starry-eyed buyers might fail to consider the true costs of homeownership, neglect to consider the neighborhood, or skip crucial steps, such as the home inspection.

9. Should have shopped around for a loan

A half of a percent might not sound like a lot, but it can add up to tens of thousands of dollars of savings over the life of your mortgage. Yet half of borrowers simply take the first mortgage that’s offered to them, a survey by the Consumer Financial Protection Bureau found. Some come to regret that hasty decision, with 18% of Gen X homeowners wishing they’d spent more time shopping around for a loan.

Taking the time to apply for a mortgage from several different lenders can yield a better loan offer. But make sure you’re not shopping based on interest rate alone, notes the Federal Trade Commission. You’ll also want to ask about fees, whether you’ll need private mortgage insurance (and what the cost will be), and what the loan’s APR is. (The APR includes the interest rate as well as points, fees, and other charges expressed as a yearly rate.)

10. Got the wrong type of mortgage

A couple stress about paying their mortgage. | iStock.com/Tomwang112

If there was one big lesson to take from the housing crisis of 2008, it’s that choosing the wrong mortgage can be disastrous. Some homeowners with adjustable rate mortgages found they could no longer afford monthly payments once interest rates reset, leading them to default. Others had interest-only or negative-amortization loans (where your loan balance actually increases every month because your payment is less than the interest that accrues every month). Even a standard fixed-rate 30-year mortgage could be a bad choice if you didn’t shop around for the best rate or misunderstand the terms of your loan.

Overall, 4% of homeowners said they’d chosen the wrong mortgage, including 7% of millennials and Gen Xers and 2% of baby boomers. Researching the mortgage process before you start looking for a house, shopping around for a mortgage, and making sure you understand all your mortgage terms can help you get the loan that’s right for your situation and avoid a potentially expensive mortgage mistake.