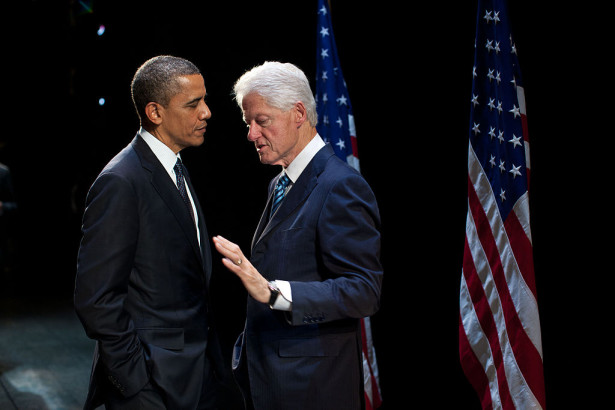 “I personally believe, even if it takes a change to the law, the president should honor the commitment the federal government made to those people and let them keep what they’ve got.” These are not the words of Republicans introducing legislation that allows just that, but of former Democratic President, Bill Clinton. Clinton made the statement in an interview with OZY.

Legislation recently proposed to bridge the gap between the President’s promise, and the reality of people being kicked off their plans include H.R. 3350, introduced by Representative Fred Upton (R-Mich.) and in the Senate, Senator Mary Landrieu’s (D-La) S.1642. House Majority Leader Eric Cantor (R-Va.) tweeted on Tuesday the House planned to vote on H.R. 3350 this week.

Changing the legislation faces an uphill battle. First, some insurance companies will see the process as too onerous. Politico spoke with an individual in the insurance industry who said the legislation is “almost impossible to operationalize” and implementing it is a task “bordering on herculean.” President Obama said on November 7 in an interview with NBC‘s Chuck Todd that his team was working on a way to find a fix for those who liked their previous coverage, but have been sent cancellation letters by their insurance companies.

Going to Congress is unlikely to be a part of the President’s fix. Chris Wallace, host of Fox News Sunday said on the show the President was “definitely not going back to Congress to try to help folks like that who’ve lost their policies.” Even without Obama seeking out Congress, the legislation is being proposed. Fox News journalist and analyst, Juan Williams, sees little hope for it. Williams said that, “The Republicans might introduce it, but not something that Democrats support in any substantial numbers.”

Even though all sides seem to agree, that a fix is needed, there is paralysis on how to act. Clinton wants to see this aspect of the law changed, but is hardly calling the legislation a failure. His remarks came as part of the lessons he sees from the rollout of Obamacare. In addition to wanting a promise honored, Clinton believes the country is better under the Affordable Care Act than it was without it.

A poll conducted by Pew Research found that 59 percent of Americans disapprove of the health care policy, and only 37 percent approve. In January, 47 percent disapproved and 45 percent approved of the policy. Clinton likened the issues with Obamacare enrollment to those President Bush faced in 2006 with Medicaid, and he chastised Governors who decided to opt out of the Medicaid provision in the health care law.