Bill Gates: This is How We’ll Save Your Job, and Create More 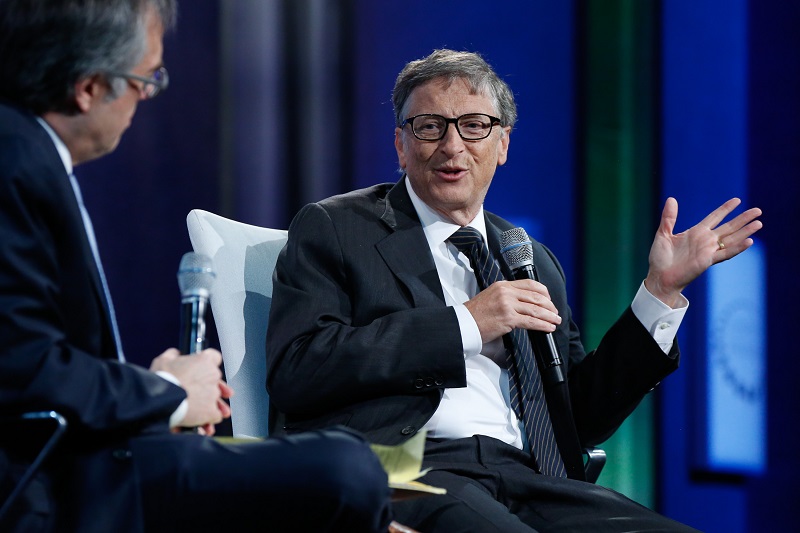 Preserving and creating jobs for Americans has been the priority item on the top of every policymaker’s economic checklist for some time now. While we’ve seen unemployment dip to 5%, the fact remains that many Americans simply aren’t working, for one reason or another. Globalization, immigration, and numerous other factors have many people worried that their jobs will soon disappear, and some wild ideas have sprung up in order to address those concerns.

But Bill Gates has a different plan. According to the Microsoft founder and richest man on the planet, America needs to divert more resources into fostering its own talent. That means increasing spending on research.

In a LinkedIn blog post, Gates addresses how the next president, whoever it ends up being, can use the power and tools of the federal government to create jobs and improve the American economy. As many are quick to argue, though the government does employ people, job creation is typically done by businesses in the private sector — meaning that any president’s ability to create employment opportunities is inherently limited. But according to Gates, one way to make a difference would be to start spending more on research and development, which he calls “America’s secret weapon.”

“I want to make the case for something that I hope every candidate will agree on in November: America’s unparalleled capacity for innovation. When the United States invests in innovation, it creates companies and jobs at home, makes Americans healthier and safer, and saves lives and fights poverty in the world’s poorest countries. It offers the next president a tremendous opportunity to help people in America and around the world,” Gates writes.

“Investing in R&D isn’t about the government picking winners and losers. The markets will do that. It’s about doing what we know works: making limited and targeted investments to lay a foundation for America’s entrepreneurs. This approach has been fundamental to U.S. leadership for decades, and it will become only more important in the years ahead.”

Gates goes on to mention several industries and segments of the economy which could benefit from an influx of research and development spending, including health and energy. While many people are wary of any mention of increases in government spending, when Gates speaks, ears perk up. He wields a tremendous amount of influence, and like his billionaire cohort Warren Buffett, his words carry a lot of weight.

Buffett, as well, has laid into the candidates for their views on the economy. A short time ago, he railed against calls from Republican candidates like Donald Trump and Ted Cruz who have continuously said that the American economy is in disarray, saying, “for 240 years it’s been a terrible mistake to bet against America, and now is no time to start.”

The question is, will people listen to Gates? It’s clear that American business and government carries a heavy hammer on the international stage, and there are plenty of opportunities to spur growth and innovation in a number of economic sectors. Energy is the big one — as we begin to think more seriously about the long-term implications of climate change, and with the huge populations of China and India hungry for more resources, solutions are needed.

Could spikes in government spending on research and development provide solutions? It’s worked before — just look at some of the technologies that have come from American research labs: stealth technology, nuclear energy and the atomic bomb, and even the internet.

The real trick will be finding ways to get the taxpayers on board. But Gates seems adamant that his plan for additional research spending will not only lead to a swath of new and innovative technologies, but blaze a path for economic prosperity going into the future. There’s a track record of success that can be traced, so perhaps it would be wise for policymakers to consider his proposal.

“The nominees will lay out their vision for America and their agenda for achieving it. These visions will probably have more differences than similarities,” Gates writes. “But I hope we can all agree that, no matter how you see America’s future, there will always be an essential role for innovation.”