The German automaker, which opened its South Carolina plant in 1994, announced it was moving production to China. | BMW USA

What company is America’s biggest auto exporter? It’s a question even auto journalists sometimes get wrong. The answer is: BMW, the German brand that opened a plant in Spartanburg, South Carolina, in 1994.

In 2017, the automaker exported 237,000 vehicles from Port Charleston to markets around the world. However, that figure will likely change in the coming year.

According to a report in The Post and Courier, BMW plans to move production out of the U.S. as a cost-cutting measure due to the impact of Trump’s trade war with China. In addition, the automaker said it will raise prices on American-built models, which could lower sales abroad.

BMW already signed the deal with its Chinese partner.

For those who believe companies like BMW are merely posturing with their response to new car tariffs, the Post reported the German automaker already inked a deal with its Chinese partner to expand their venture abroad.

By 2019, the facilities will produce over 500,000 vehicles in China. In a statement to Bloomberg, BMW’s chief executive said the deal “sets a long-term framework” for the company in that market.

The move by BMW, which makes profitable crossovers like the X5 in South Carolina, makes it the second automaker to announce it would move production out of the U.S. in response to the impact of Trump’s trade actions.

Harley-Davidson announced the same at the end of June. 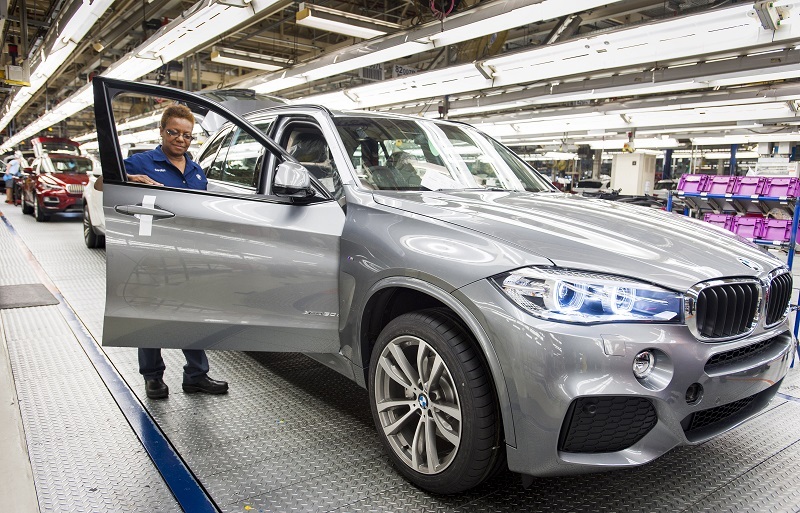 Production of the BMW X5 in Spartanburg | BMW

BMW employs 10,000 people in its Spartanburg plant. With the need for fewer cars in the coming years, that sets the table for layoffs of U.S. workers.

The pressure on employment levels is twofold. First, lower production volumes obviously threaten jobs (and the hours of part-time workers).

Second, since BMW said it was raising prices in China for U.S.-made SUVs, it’s likely the demand will drop for its products there. That means lower sale numbers and, once again, the increased likelihood of layoffs in South Carolina.

When these rumors surface in Michigan factories, we usually hear from the United Auto Workers union about job protections built into contracts. However, since auto plants in the South are non-union (i.e., “right to work”), no such protections are in place.

The 14 auto manufacturers that belong to The Global Automakers lobby warned the Trump administration of how its trade war would play out. In the last week of June, the group released a study saying a 25% tariff would amount to 195,000 lost jobs in the U.S. auto industry.

However, the group said the number would be three times as high — in excess of 575,000 jobs — should other countries retaliate against the U.S. tariffs. Those retaliations have already begun, from China to Canada.

We’ll see how many of the jobs come from South Carolina in the coming years. However, the math does not work for those who say there will be no impact.