Bob Doll Is Wrong About Gold 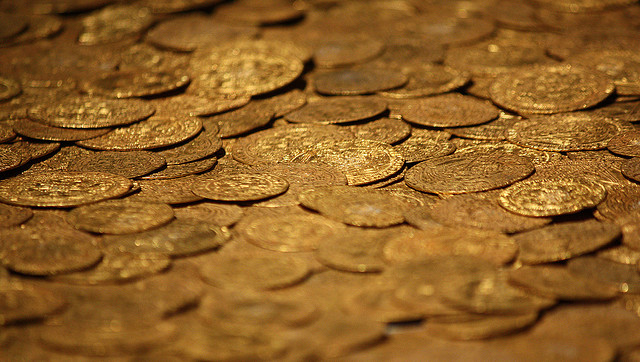 Recently, Bob Doll — chief equity strategist for Nuveen Asset Management – told CNBC’s Patti Domm that he believes gold will go down in 2014. He claims that gold faces the following headwinds:

Doll may be correct that gold will fall in 2014, but the reasons he gives demonstrate a lack of understanding of what drives the gold price. Let’s look at his reasons one by one.

Improving global growth doesn’t imply anything about the gold market. My guess is that the thinking here is that if there is global growth then there will be demand for stocks, and that this demand will eat away demand for gold. However, this line of reasoning is historically unfounded. In fact, if we look at recent history we find that the strongest global growth in the 21st century occurred from roughly 2004 through 2007, during which time the gold price doubled from about $400 per ounce to around $800 per ounce.

A reduction in “systematic threats” is vague, although it presumably means something to the effect that an event that threatens the soundness of the current financial system has diminished. But if we look at such events like the Cypress banking crisis or the collapse of Lehman Brothers, we find that these events were met with initial spikes in the gold price during bear markets in gold.

A rise in interest rates does not mean a lower gold price. In fact, as I have argued, rising interest rates mean higher prices. This is the case because as rates rise, assets with a dividend or a coupon lose value, while assets with intrinsic value such as gold and other commodities become more valuable by comparison. High interest rates themselves are bad for gold, but as interest rates climb to these high levels, gold has historically climbed along with them.

What, then, will drive the gold market in 2014? The simple answer is, like with any asset, supply and demand. While it is difficult to say what supply-demand fundamentals will look like in 2014, in 2013, we saw that demand was very strong in Asia, particularly in China, which saw net gold imports exceeding 1,000 tons.

At the same time, demand was very weak in the United States, as we saw substantial outflows from funds such as the SPDR Gold Trust accompanied by a significant amount of speculative selling in the futures market. Mine supply was relatively flat given that mine supply is slow to react to lowering prices.

While I won’t pretend to know how 2014 will turn out for gold, it seems that despite everything Doll brings up, demand in Asia will remain strong while speculative selling in the U. S. will continue to put pressure on prices. But though Asian demand can remain strong for a very long time given the plethora of foreign exchange reserves held by their central banks and sovereign wealth funds, speculative selling in the United States can only go on for so long — eventually, short sellers have to cover their shorts and go long. Thus, the price has to go higher, but we don’t know when this will happen.