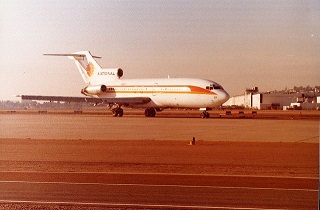 “Who wants to go out and buy an expensive freighter right now?” asked BB&T Capital Markets senior vice president Kevin Sterling in a phone interview with Bloomberg. “Can that change when the economy comes roaring back? Maybe.” The limited demand for those types of aircraft has had an effect on Boeing (NYSE:BA), the world’s largest manufacturers of air freighters.

Relatively weak demand from customers has infected retailers, manufacturers, and suppliers, decreasing the need for overnight shipments and therefore decreasing purchases of Boeing’s cargo jets, which are the company’s most expensive aircraft. The company logged just 13 sales this year through July, a tally 20 percent less than the total purchased six years earlier, putting the manufacturer on track to receiving its fewest cargo-jet orders since the 2009 recession.

For Airbus — a main competitor of Boeing — 2013 sales have been even worse. No orders for the company’s A330 freighter, which began shipping in 2010, have been made so far this year. Shipping volumes are so bad that even the market for secondhand passenger aircrafts, which are often converted into cargo freighters, has become nearly nonexistent.

According to Ascend Worldwide data compiled by Bloomberg Industries, airline carriers have not converted any Boeing 747-400 passenger planes into cargo jets this year, compared to the seven jets that were repurposed last year and the 17 planes in 2008. In years past, the 747 was one of the most commonly reused planes in Boeing’s lineup.

Data obtained by Bloomberg from the International Air Transport Association trade group shows that operators of freighter planes are postponing purchases and parking older planes because shipping volumes remained flat through the first six months of 2013. Mass shippers of freight, like FedEx (NYSE:FDX), have not only reduced flights to Asia and parked older jets, but they are also shipping cargo in the bellies of wide-body passenger jets like Boeing’s 777.

As a result, the global freighter fleet has is now 6 percent smaller than it was a year. It has contracted close to 14 percent from its pre-recession peak as well, as the Air Cargo Management Group told the publication.

If this order drought continues, the $240 billion freighter sales that Boeing has estimated the industry will reach in the next 20 years is likely far too high. Still, the company has also described the drop in shipping volumes as an anomaly. While the company noted in its Current Market Outlook that, “air cargo traffic has been moderating after a high period in 2010″ and “air cargo contracted by 1.5 percent in 2012,” it also predicts that “expansion of emerging-market economies will, however, foster a growing need for fast, efficient transport of goods.”

Boeing has estimated that air cargo will grow 5.0 percent annually through 2032 as the global economy rebounds and operators look to replace older planes with more fuel-efficient models. In fact, it expects 850 new freighters to be sold in the next two decades and 1,450 passenger planes to be converted to haul cargo. The slump has done little to concern investors. The stock has advanced close to 40 percent so far this year.

“It’s our belief and our analysis that once trade turns around, we’ll see growth again in the cargo market,” Randy Tinseth, Boeing’s vice president for marketing, said in an interview with Bloomberg. ”We don’t think it’s a question of if, it’s a question of when.” As for Air Cargo Management Group’s managing director Robert Dahl, he expects cargo traffic to grow at 3 percent to 4 percent rate once the recovery begins.

If the slow global economy was not enough, freighter manufacturers like Boeing and Airbus have another impediment with which to overcome. Sales of cargo jets have been stymied by the competition presented by their passenger counterparts — the A330 and 777, which have ample cargo space. For example, Boeing’s 777-300ER can carry 386 passengers and has a cargo about one-third as large as the freighter version.

“The exact factors that are driving jetliner sales to such heights are also clobbering freight,” Richard Aboulafia, vice president with Teal Group, told Bloomberg. Ever since Boeing introduced the first 777 in 1995, the plane has cut into 747 demand.

While the 747 has been a symbol of jet travel for most of the past 40 years, it has increasingly been used to pack cargo as airlines prefer to fly passengers in more energy-efficient, two-engine planes thanks to rising fuel prices. However, even demand for the 747′s cargo capabilities has declined. With passenger airline traffic remaining steady and a smaller demand for shipping, new passenger jets with adequate cargo holds suffice carriers needs.

However, Airbus and Boeing are still in the process of delivering freighters ordered before the shipping market slowed due to Europe’s debt crisis and lower sales of Chinese-made electronics.

With the jet manufacturers delivering 40 to 50 large cargo jets annually, “older aircraft have to be retired to keep things relatively in balance,” Dahl said. “With all the new capacity coming in, there’s very little demand for conversions of a similar type.” Naturally air cargo companies prefer buy new freighters over retrofitting older passenger planes because newer planes have greater range and lower operating and fuel costs.