Boeing Dreamliners Are Coming Faster, But Are They Better? 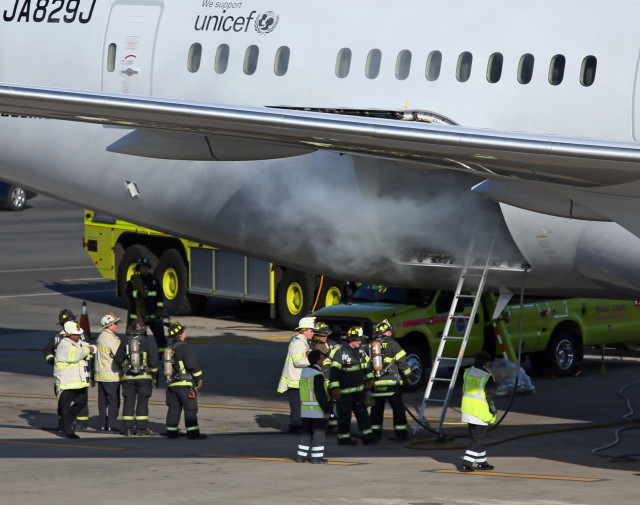 While Boeing (NYSE:BA) may have solved its contract dispute — at least temporarily — with the Washington machinists union that will be responsible for building its next generation of 777 airliners, the situation with the jumbo Boeing 787 Dreamliner might be even more precarious. Even with production of the jet at its highest rate ever, as Reuters reports, recurring problems with the aircraft haven’t been entirely solved.

The problem’s with Boeing’s 787 Dreamliner started about a year ago, when both Japan Airlines and All Nippon Airways encountered battery meltdowns on one of each of their Dreamliners. As a result, the entire Dreamliner fleet was grounded for three months — a grounding on a scale that hasn’t been seen in decades.

The issues weren’t limited to Japan. Ethiopian Airlines had a jet catch fire, and Norwegian Air Shuttle had a number of system malfunctions that forced it to conduct its flights using jets from Boeing’s biggest rival, Airbus, while the Dreamliner was being fixed. Two more problems occurred on Dreamliners operated by Japan Airlines, including one this January, when it was discovered that a battery cell on the jet was leaking.

Now, as Boeing is continuing to ramp up production on its Dreamliners, the question lingers of whether Boeing can sort out all the mechanical issues the jets are having. Considering the large number of jets that have already been ordered and the attention they has been getting, Boeing has a massive stake in the Dreamliners, and a failure to improve the reliability of the planes could end up smearing the brand and potentially push more customers to seek out jets from Airbus.

Boeing already has sealed in 1,030 orders from sixty customers for its wide-body aircraft. As of January 21, only 155 of those orders have been built, and even fewer have been delivered — 115 jets to sixteen customers, according to Reuters. On top of that, China’s aircraft market is expected to grow dramatically, with a need for 5,580 planes. That will likely increase demand for the Dreamliner significantly, unless the jet can’t prove itself to be a safe and reliable choice for airlines.

Boeing is making strong progress towards fulfilling the orders for its jets.  Reuters reports that Boeing is now making ten Dreamliners per month, with goals to increase that rate to twelve per month in 2016 and to fourteen per month by the end of the decade. While airlines might be satisfied to have the planes they ordered, it will be a different story if the Dreamliner’s problems aren’t solved.

After only one incident with the plane malfunctioning, Norwegian Air CEO Bjorn Kjos spoke out against Boeing and claimed that some of the companies engineers “could have had more experience on the 787s.” The reason for his complaint stemmed from bad press for his company as a result of the plane being grounded and poor turnaround time on the jet, which wasn’t operational again for three days — as the problem was the result of a malfunctioning sensor, Kjos believed “it should have been fixed in five minutes.”

Fortunately, when customers aren’t satisfied, Boeing isn’t either. Boeing’s vice president for 787 support and services said that the manufacturer is “not satisfied with the reliability level of the airplane.” The company would like to see the 787 match the smaller 777′s 99.4 percent reliability. Of course, the 777 didn’t start out perfect — it took four years, from 1995 to 1999, for it to reach 99 percent reliability, rarely causing delays. It’s quite possible it will take some time for the 787 to get to that point as well.

Regardless of the troubles Boeing has been facing, its shares have been trending powerfully upward over the past twelve months — with share value nearly doubling — and may very well continue in that direction as it straightens out its 787 business. The company will report fourth-quarter earnings on Wednesday.