Boeing Has a Bearish-Looking Chart After Earnings 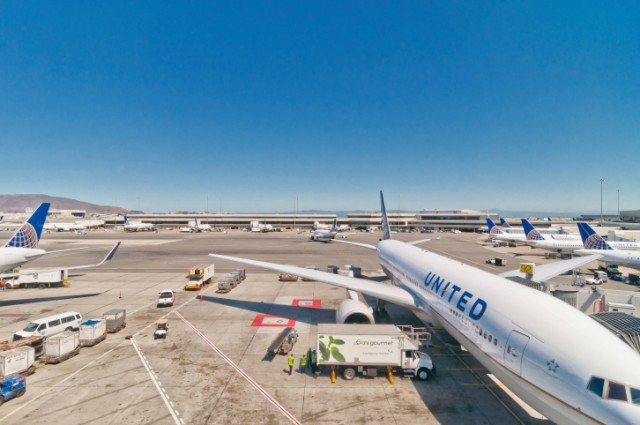 Boeing (NYSE:BA) reported strong headline numbers. The company’s revenues rose about 1 percent in the second quarter versus its first-quarter numbers. Furthermore, its reported income soared by 50 percent or so. Finally, to top everything off, the company raised its guidance, meaning that the company is expecting to perform better going forward.

Is this a buying opportunity, or is there something wrong with Boeing that isn’t clear in the earnings numbers?

I think investors should be cautious in the name, and there are three reasons for this. First, the company grew its sales, but its sales growth was minimal, at just 1 percent. This shows rapid sales growth deceleration. Furthermore, this deceleration is part of a larger pattern for the company. From 2011 to 2012, sales grew by 19 percent, but from 2012 to 2013, sales grew by only 6 percent. This suggests that the growth in the aerospace sector is rapidly declining, and it may even be negative at this point.

Second, if you take a look at Boeing’s income statement, the company’s gross profits and operating profits barely grew from a year earlier. Gross profits were essentially flat, whereas operating income grew at just 5 percent. The reason that net income grew so much was that the company paid lower taxes, and this is not sustainable.

The third issue I have is the discrepancy between the company’s reported earnings and its free cash flow. While investors typically look at earnings or earnings per share, free cash flow tends to better reflect the quality of a business. The reason for this is that earnings can include a wide array of things, including paper gains on investments (even if they haven’t been realized) or on assets more generally. Several things that are included in an earnings figure aren’t necessarily directly related to business activity.

Cash flow, on the other hand, measures the amount of cash a company takes in through its business operations minus the amount of cash that goes out. So if a company spends $1,000 on a computer, it is reported as ($1,000) in the cash flow calculation, whereas it may not count as a loss in the company’s earnings calculation because the company gained an asset that could theoretically be sold.

Boeing’s cash flow fell dramatically in the second quarter year over year, from $3 billion to $1.4 billion, and this is a serious problem. It may also account for the fact that the company paid such low taxes, as some items that count as income, such as an increase to the backlog, are not yet taxable.

Given these points, we find that there are potentially serious problems at the company. Boeing is reporting decelerating sales growth, minimal operating profit growth, and a dramatic decline in free cash flow. With this in mind, I think investors should stay away, or at least make sure that they understand precisely where Boeing’s earnings are coming from and where they will come from in the future.

Eighteen times earnings doesn’t seem like a lot to pay for a company’s earnings in today’s market, but considering that these earnings are suspect in that they look so strong for the wrong reasons, the stock is actually quite expensive. At the very least, if you are bullish, you should probably wait until there is technical support, which we don’t see until around $90 per share, and with the stock trading at $124 per share, there is simply too much risk.

Disclosure: Ben Kramer-Miller has no position in Boeing.