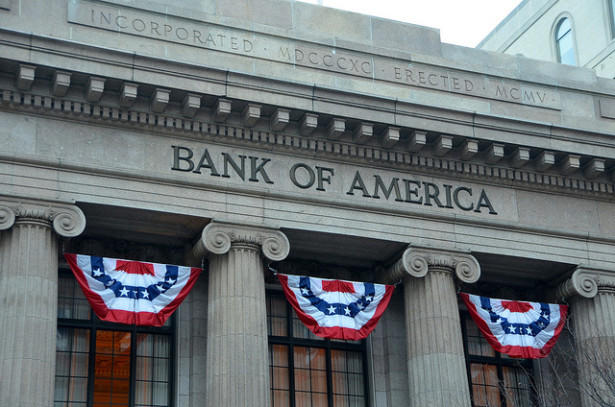 In late October, a federal jury in Manhattan found Bank of America (NYSE:BAC) liable for toxic mortgage loans sold to the government-owned mortgage financiers Fannie Mae and Freddie Mac. The civil fraud suit brought by the Department of Justice alleged that Countrywide Financial, before the bank’s 2008 acquisition, sold the financiers billions of dollars of toxic mortgage loans.

Prosecutors initially asked U.S. District Judge Jed Rakoff to impose a penalty of $863.6 million but later raised the amount to $2.1 billion. Bank of America and Rebecca Mairone, the former chief operating officer of Countrywide’s Full Spectrum Lending division and a co-defendant in the trial, both denied any wrongdoing. Now the bank is also arguing that it does not owe the United States government a penalty of $2.1 billion, according to court papers filed Wednesday.

In the filing, obtained by Reuters, lawyers for the bank argued that the government’s request “contradicts every pertinent legal principle” and called it a “dramatic departure from reality.” They said Bank of America should only have to pay penalties equal to the amount it made in profit from those loans it sold, which the bank says is zero. In particular, the bank said the government had based the proposed penalty on the institution’s gross “gains” from selling materially defective loans instead of its “pecuniary gain,” or amount of profit earned from the loans produced by the HSSL system, as the law requires.

The Justice Department complaint claims that between “at least 2007 through 2009,” Countrywide and later Bank of America implemented a new loan origination process known as the “Hustle,” the “High Speed Swim Lane,” or HSSL — which was “intentionally designed” to process loans quickly and without quality checkpoints.

This process allegedly generated thousands of fraudulent and otherwise defective residential mortgage loans that were sold to the government-owned mortgage financiers and subsequently defaulted. Even worse, the government contends that Countrywide management emphasized and rewarded employees for the quantity rather than the quality of loans produced. Checklists designed to make sure loans were sound were also supposedly eliminated.

Bank of America said during the October trial that HSSL was a “legitimate and good-faith effort” to develop a system for making prime loans after the subprime mortgage market collapsed. “This program ended before our purchase of Countrywide, as the government acknowledges,” Bank of America spokesman Lawrence Grayson told Reuters following U.S. District Judge Jed Rakoff’s decision to deny the company’s request that the court drop the charges last fall. “We believe there was no fraud,” he said to the news service.

Chief Executive Officer Brian Moynihan has made it his express goal to clean up the institution’s legal docket, but the bank’s efforts to dismiss the government’s latest accusations of fraud at Countrywide failed. The subsequent lawsuit, which began in late September, became the only government case linked to crisis-era financial misconduct to reach the trial stage.

More than five years have passed since the housing market bubble burst, causing a credit crisis and leaving financial institutions stuck with securities that had lost much of their value, and the federal government is still attempting to assign responsibility for the problems that drove the mortgage boom and the subsequent collapse of the housing market. Thanks to its 2008 acquisition of Countrywide Financial, Bank of America has been a key player in the government’s quest. It has been drawn into federal court for years regarding its mortgage business.

Countrywide has been a milestone of sorts, hung around Bank of America’s neck. The brokerage only cost $4.1 billion, but to settle claims of a wide range of financial misconduct perpetrated by Countrywide Financial alone, Bank of America has spent more than $45 billion. Oral arguments are scheduled to begin on March 13.