Breaking Down the Cost of Changing Your LightBulbs 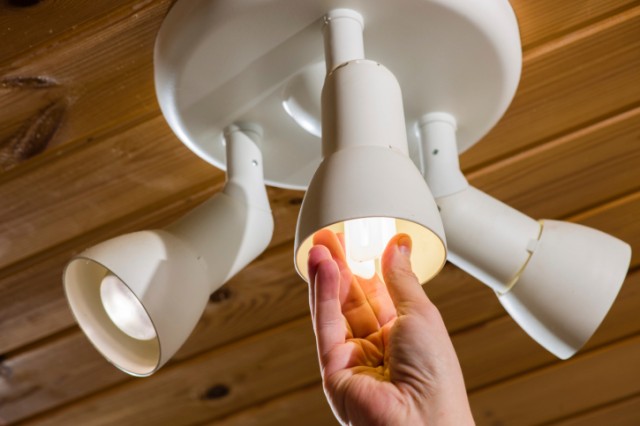 Although many of us have heard about the different lightbulb efficiency standards, not everyone is choosing to implement them. However, doing so can save you money over time. According to Energy.gov, you can save about $6 per year if you replace a 100-watt incandescent with an Energy Star CFL. Different lightbulbs, including halogen incandescent bulbs, CFL, and LED lights, will all save you money, and if you chose to replace 15 traditional incandescent bulbs, you would save about $50 per year, depending on your usage.

But because there are so many different choices for lights now, it can be difficult to figure out which ones to purchase. Breaking down the different efficiency levels and the amount that you can save by using the different kinds can help you determine which lightbulb will be the most efficient, as well as save you the most money.

The Energy Independence and Security Act of 2007 set efficiency standards for lightbulbs. According to Energy.gov, new lighting standards began in 2012 and were incorporated from 2012 to 2014. The lightbulbs that are now sold usually use 25 to 80 percent less energy than traditional incandescent bulbs, and come in several different colors and brightness levels. The standards don’t ban incandescent bulbs, but do require bulbs to use about 25 percent less energy.

According to the National Resources Defense Council, there are three steps that will help you purchase efficient and money-saving lightbulbs. The first step is to choose lightbulbs based on the brightness you need. The more lumens for your particular bulb, the brighter the light it will produce. Although choosing a light with more lumens will cost more, you don’t want to sacrifice your comfort or personal preference in order to pay less. You need to have a room bright enough for you to be comfortable.

Next, you should determine which light has the lowest estimated energy cost per year. LEDs are the most efficient (and typically last 15 to 25 years), while CFLs last about 10 years and are still pretty efficient. The New Halogen Incandescents are the least efficient. How bright you want your light to be will also affect the cost. Although all three types of lightbulbs are more efficient than standard incandescents, for 450 lumens, you will pay $3.87 per year for a 29-watt new Halogen incandescent, $1.34 per year for a 10-watt CFL, and 67 cents for a 5-watt LED bulb. If you want more lumens, the price will go up.

The third step is to look at other features, such as how the light looks, how long it will last, and the Energy Star logo —  this will tell you if the bulb meets minimum efficiency, lifetime, and quality standards. Most lightbulbs have labels that will tell you more information about them, including the brightness, life, appearance, energy used, and whether the bulb contains mercury.

In the past, people bought traditional incandescent lightbulbs because they were cheap, but overall, they won’t save you money. They also won’t last as long as other bulbs, so it makes little sense to use them. Yet at certain times, a lightbulb that costs 70 cents seems a lot more budget friendly than a $20 lightbulb. The guidelines are encouraging people to purchase more efficient and long-lasting bulbs, but those bulbs are not always possible on a limited budget.

Not everyone sees the switch to these types of lightbulbs as a positive, and the initial price isn’t the only issue. Some people have raised issues about the mercury in CFLs: The concern is that if they break, it could be dangerous to the people using them; also, these lights could impact the environment. Other people just don’t find CFLs or LEDs as aesthetically pleasing as incandescents. However, despite these concerns, using these lightbulbs will save you money in the long run.