Bristol-Myers and Pfizer Win Approval of New Indication for Eliquis 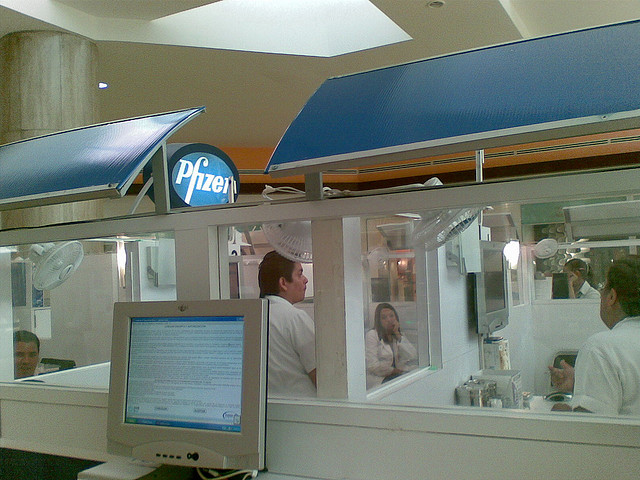 Bristol-Myers Squibb & Co. (NYSE:BMY) and Pfizer Inc. (NYSE:PFE) announced today that the FDA has approved an additional indication of Bristol’s anti-blood clot medicine, Eliquis. The drug is now approved for the prevention of blood clots in the legs and lungs of patients who have undergone surgery to receive artificial hips or knees, and are at higher risk for deep vein thrombosis, also known as DVT.

“Today’s FDA approval of Eliquis for DVT prophylaxis in patients who have undergone hip or knee replacement is a significant milestone for this important medicine, which is also approved to reduce risk of stroke and systemic embolism in patients with nonvalvular atrial fibrilation,” Bristol-Myers Squibb & Co. and Pfizer Inc. said in a joint press release issued Friday.

The drug is currently marketed in partnership with Pfizer, and is already approved for the prevention of blood clots that can cause strokes in patients with atrial fibrillation, a type of irregular heartbeat that most commonly occurs in the elderly, according to Reuters.

The press release notes that there are currently about 719,000 total knee replacement surgeries and 332,000 hip replacements in the U.S. each year; patients who have had hip or knee replacement surgery are at a greater risk of developing blood clots in the deep veins of the legs (deep vein thrombosis); the clots can travel to the lungs if they break free, a condition known as pulmonary embolism, where they can lead to sudden death.

“Eliquis provides patients and physicians with a new treatment option that offers twice daily oral dosing and no routine coagulation testing, and is broadly accessible through hospitals and managed healthcare formularies,” the Bristol-Myers and Pfizer press release said.

The drug’s new indication was approved based on the results of the ADVANCE clinical trials, which Eliquis (apixaban) was compared with enoxaparin in more than 11,000 patients.

The new indication will help Eliquis compete with Johnson & Johnson blood clot preventer, Xarelto, which is also approved for patients who have had hip or knee replacement surgeries. Xarelto has formerly attempted to expand its indications further to include the treatment of patients who have previously suffered heart attacks due to acute coronary syndrome (ACS) but has failed several times to win approval for the new indication.