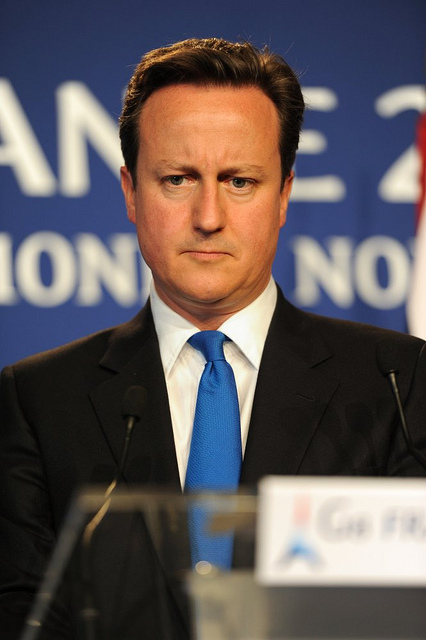 U.K. Prime Minister David Cameron has become more outspoken about the potential takeover of AstraZeneca Group Plc (NYSE:AZN), which is based in Slough, England, by American pharmaceutical giant Pfizer Inc. (NYSE:PFE), according to a Reuters report on Wednesday.

Cameron says he wants to insure that the drugmaker will invest in the country and keep jobs in Britain. He added that he’s “not satisfied,” with the commitments the company has made so far, and says that he expects Pfizer to make stronger promises to the country if they want the British government’s approval. “The commitments that have been made so far are encouraging,” Cameron said, per Reuters. “But let me be clear, I’m not satisfied. I want more. But the way to get more is to engage.”

The British government is divided regarding the potential takeover: on the one hand, Pfizer’s bid for AstraZeneca was seen as an indicator that the country’s new tax system, which was designed in part to attract investors, is succeeding. On the other hand, however, Parliament has expressed anxiety regarding the company’s commitments to keep investments in Britain; Cameron has since indicated that the government would likely support a possible intervention to hold up the deal should Pfizer’s promises fall short.

Cameron’s statements come after several days of public outcry on the part of British unions, scientists, and regional officials, all of whom are concerned that a Pfizer takeover of AstraZeneca would be detrimental to the British economy and, in particular, British jobs. “We want the investment, the jobs, and the research that comes with that competitive tax system,” Cameron said in a statement, according to Reuters.

The British government is limited in its ability to delay the merger, Reuters reports. So far, Ian Read, Pfizer’s chief executive officer, has made a five-year commitment to finish AstraZeneca’s new research center in Cambridge, as well as keep a factory based in Macclesfield, but Cameron and others in the British government fear that Pfizer may abandon ship once the center is finished.

It wouldn’t be the first time an American company has left Britain in the dust. The country has a history of being burned by American companies, such as Kraft, which took over British candy-maker Cadbury, and promptly reneged on a commitment to keep an important English factory open following the takeover.

The political climate puts Cameron in a tough position; he must allay Parliament’s fears and appear tough on Pfizer, while at the same time not scaring away a company with plans to make use of the country’s new, investor-friendly tax system.

Next week, Pfizer’s Read and AstraZeneca’s Pascal Soriot will sit before two parliamentary committees regarding the merger, which will give the British government an important opportunity to further assess Pfizer’s commitments, says Andrew Miller, a Labour Party lawmaker who chairs the science and technology committee.