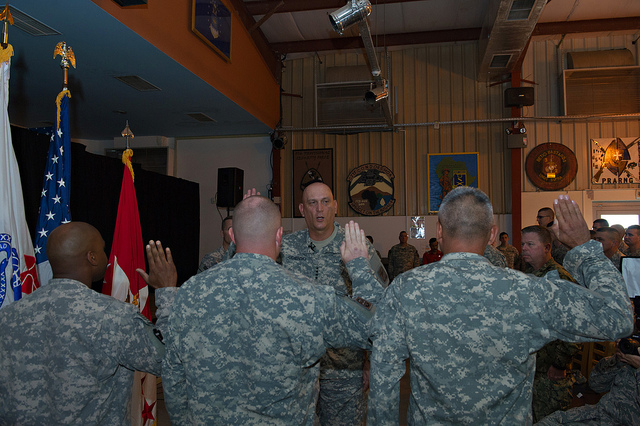 After the bipartisan budget deal passed in the House of Representatives, it moved on to the Senate where it is presently hitting road blocks. The budget contains provisions that decrease funds for military retirement. It would save about $6 billion in expenses, but the would reduce money going to enlisted individuals by around $80,000, the Veterans of Foreign Wars told the Washington Post.

This has some Republicans in the Senate hesitant to pass the budget, according to the Washington Post. Together, Senators Kelly Ayotte (R-N.H.), Lindsey Graham (R-S.C.), and Roger Wicker (R-Miss.) said the military component “disproportionately and unfairly targets those who have put their lives on the line to defend our country.”

The cost-of-living adjustment for military retirees, who usually retire young at around forty, would be decreased by 1 percent in December of 2015, and then would go back up once the retirees hit sixty-two. At the moment, many Republicans say they will refuse to pass the budget bill while the military cuts are in place.

Senator Ayotte told the Washington Post that the deal as it sits now, “pays for more federal spending on the backs of our active duty and military retirees.” Last Thursday, Senator Harry Reid (D-Nev.) had said that Republicans wouldn’t be allowed to alter the budget bill — according to CBS News.

Senator Carl Levin (D-Mich.) has said that his Senatorial Armed Services Committee will look over the military provision of the bill in 2014. “A number of concerns have been raised about the provision,” he said last week in a statement, as reported by the Washington Post. Other than admitting the controversy however, he gave no other indicators on how Democrats would be dealing with it.

“Currently serving members look at how they, their families, retirees, and survivors have been treated when making career choices,” said Vice Admiral Norb Ryan, the president of the Military Officers Association of America, according to the Washington Post. Ryan said that this sort of measure might have a negative impact on the military’s ability to hold onto its personnel.