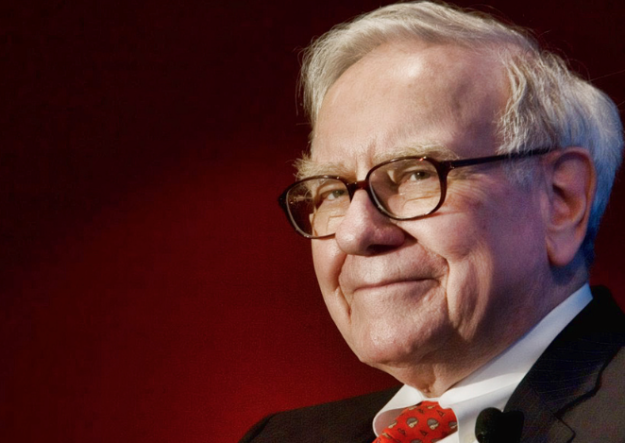 When you’ve been the chairman, president, and chief executive of one of the most successful businesses of all time for more than 40 years, it can be hard to disassociate yourself from the identity of the company. After a while, you become more than just the face of the business, you become the business itself — at least, in the eyes of the public and, sometimes, even in the eyes of investors.

This is the situation facing Warren Buffett, chairman, president, and CEO of Berkshire Hathaway (NYSE:BRKA)(NYSE:BRKB). Buffett became Berkshire’s chief decision maker in 1970, and during his tenure has earned himself a position in the pantheon of legendary business leaders. Although Buffet is quick to give credit to his team at Berkshire corporate and the many executives and managers of the myriad businesses owned by the conglomerate, in the eyes of many, Buffett is Berkshire.

For years, this conflation hasn’t been a problem. As long as Buffett remained in good health and of sound mind, Berkshire and its shareholders would prosper under his leadership. But Buffett is now 83 years old, and the conversation surrounding Berkshire is dense with the idea of succession. History has taught us that legendary leaders are hard to replace, as we’ve seen with General Electric (NYSE:GE) after Jack Welch stepped down, with Microsoft (NASDAQ:MSFT) after Bill Gates stepped down, and with Apple Inc. (NASDAQ:AAPL) after Steve Jobs died.

Moreover, Buffett has enjoyed an independence of thought and action that is rare among business leaders. Buffett won’t be — probably can’t be — replaced by just one person. He will be replaced, according to Buffett, by three people.

Buffett’s roles will be split among three positions: a chief executive officer, a chief investment officer, and a chairman. Buffett’s son, Howard, is flagged to become non-executive chairman, but beyond this little is known about who could possibly be taking the helm at Berkshire when it comes time for Buffett to step down. Candidates include star managers currently at Berkshire, such as head of insurance operations Ajit Jain, MidAmerican chief Greg Abel, and railroad chief Matthew Rose. Portfolio managers Todd Combs and Ted Weshler are also on the short list of candidates flagged by speculators as possible successors.

Although Berkshire has been quiet about who will succeed Buffett, Buffett himself has been vocal about how Berkshire will pursue long-term growth. In an interview with CNBC on Monday, Buffett said, “Our preference at Berkshire is to keep buying big operating businesses. In terms of building Berkshire for the long term, we just like adding earning power, big chunks of earning power.”

Big chunks of earnings power recently added to Berkshire include a major stake in H.J. Heinz, a food processing company with deep roots in the United States, and NV Energy, a public electric utility company in southern Nevada that services the Las Vegas Valley. In his 2013 letter to shareholders, Buffett wrote that “Both companies fit us well and will be prospering a century from now.” This idea of long-term prosperity is tied to both the productivity and the size of the businesses.

Buffett has organized Berkshire so that it sits on top of a five-piece foundation, the “Powerhouse Five,” as he calls it. This is “a collection of large non-insurance businesses that, in aggregate, had a record $10.8 billion of pre-tax earnings in 2013.” These companies are MidAmerican, BNSF, Iscar, Lubrizol, and Marmon. “If the U.S. economy continues to improve in 2014,” Buffett wrote, “we can expect earnings of our Powerhouse Five to improve also — perhaps by $1 billion or so pre-tax.”

It’s unlikely that the Powerhouse Five will become the Powerhouse Six in the near future, but Buffett has clearly articulated that he intends to guide Berkshire toward more large-scale purchases with a focus on U.S. assets.