Burger King Is Making Its Copycat Big Mac That Much Bigger 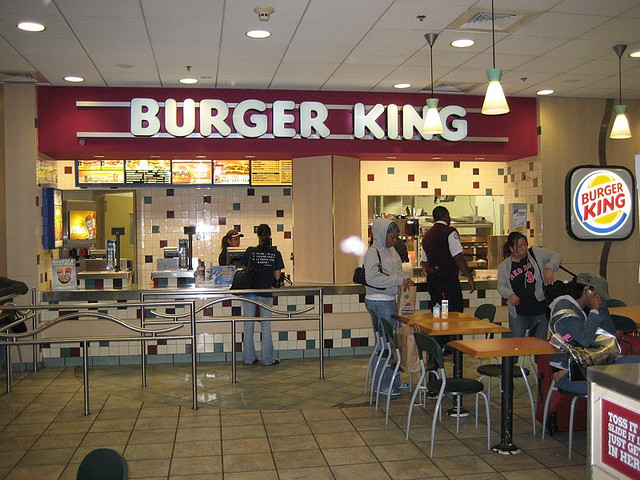 It’s a story we’ve heard time and time again: Burger King (NYSE:BKW) is copying McDonald’s (NYSE:MCD). The rib sandwich, chicken nuggets, sausage mcmuffin — you name it, if it’s on McDonald’s menu, a lookalike is probably on Burger King’s, but this time around,  Burger King is making headlines with its copycat efforts. Although the Florida-based company has gone after the Big Mac before, now it’s trying to outdo the Big Mac and make it (gulp) bigger.

That’s right – Bloomberg Businessweek reported Tuesday that according to sources, Burger King’s new Big King will have 0.8 ounces more beef than the Big Mac. Burger King representatives have kept quiet about the company’s effort to strike McDonald’s in the heart of the Big Mac, but its game plan isn’t lost on anyone, and the company doesn’t even seem particularly ashamed about it, as Burger King has been known to launch ads that poke fun at the fact that its products are rip-offs of its biggest rival’s.

Burger King made its official “Bigger King” announcement last week and said that the new sandwich will come with ”a quarter pound of 100 percent beef that is freshly fire-grilled to perfection.” The bigger Big King features two fire-grilled beef patties, lettuce, onions, and Burger King’s signature sauce, all on a three-layer sesame seed bun. When asked by Bloomberg how much extra meat Burger Kill will add to its burger, the company’s spokespeople played it shy and refused to answer, but don’t worry BK, everyone’s already in on your little secret.

The interesting thing about Burger King is that even though the company has unabashedly copied many of McDonald’s new menu items, the Golden Arches’s sales have still manage to exceed Burger King’s, highlighted in the two chain’s 2013 sales reports. While McDonald’s reported a comparable store sales drop in North America of 0.2 percent last year, BK fared worse with 0.9-percent plunge, and such a deficit is arguably inexcusable when one is blatantly copying another’s efforts. Both fast-food chains are struggling to attract increasingly health-conscious consumers and those less inclined to eat out, but McDonald’s still has a leg up on its No. 1 rival, and that might simply be a trend that’s here to stay.

But you still have to hand it to Burger King. The chain continues to try. Like McDonald’s, its executives have admitted to overcomplicating its menu, and that’s why they’re now focused on more targeted, effective launches, as reported by Bloomberg. Alex Macedo, president for North America, announced last week that Burger King will focus on developing breakfast and chicken items, and who knows, maybe the new items will even be originals. Still, before the Big Mac and Big King, there was the McRib and Rib Sandwich. Before the Rib Sandwich, there was the McDonald’s McWrap and the Burger King Chipotle Chicken Wrap. What’s next? Will Burger King slap a crown on some golden arches? Who knows, but while we wait and see, at least BK is offering us an even bigger Mac.