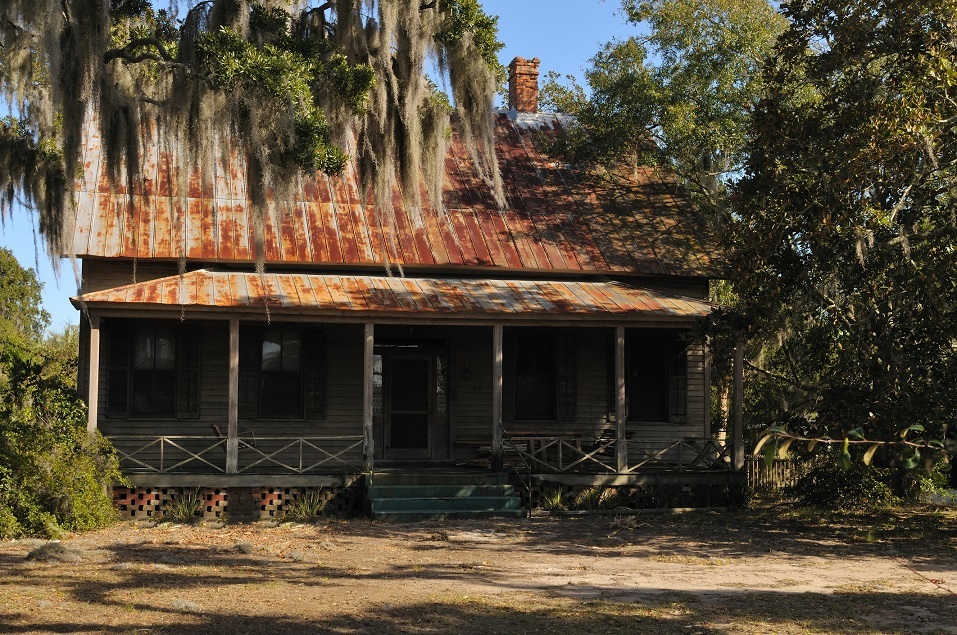 Is your fixer upper worth the costs? | iStock.com

If you’ve ever watched the famous HGTV series Fixer Upper, you’ve probably indulged in a daydream or two of finding a crumbling home in a good neighborhood, and remodeling it until it becomes the envy of the community. A sagging front porch and outdated siding get a facelift, the kitchen is revamped with new countertops and tile floors, and the unfinished basement evolves into a second family room and expansive office.

While Chip and Joanna Gaines — along with many other TV fixers — have inspired us by making the entire process look easy, it’s a process that can be incredibly time-consuming and costly for the inexperienced home buyer. In some cases, a moderate fixer upper can be a great way to save money in an otherwise expensive real estate market. In others, a house can quickly morph into a money-guzzling pit, with no end in sight.

Any home can become the star of its block with an unlimited budget, but in most cases that’s not reality. Realtor.com suggests putting aside no more than 40% of your household income toward home costs — including any renovations, the mortgage, taxes, and insurance. Any more than that, and your housing project could become increasingly frustrating as you struggle to pay for your other expenses.

You likely have the budget for a few cans of paint, but what about the larger fixes that come with buying an older home? When it’s time for a home inspection, keep a close eye on these issues, which can quickly increase the amount of money you sink into the house. You might have the funds to fix one or two of these problems, but if they start to stack up, it might be best to hold out for another option with fewer pitfalls.

1. The basement is sketchy 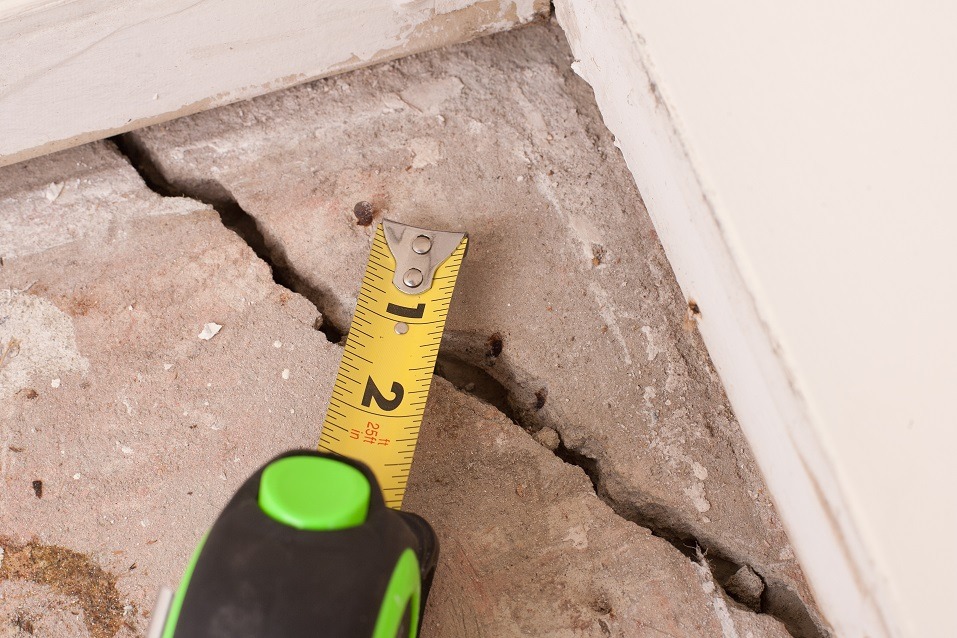 Want to get a good idea of the quality of the home you’re about to buy? Take a close look at the basement. Structurally, the appearance of the lowest floor in the home will give you a hint about the condition of the foundation, which is one of the most critical aspects of any safe home. “The biggest problems in a house typically arise as a result of poor stability in the structure or foundation,” Tyson Kunz, a contractor and owner of TTK Home in Tomball, Texas, told Bankrate.

Hairline cracks might be visible in the concrete or brick that happen as a result of the house settling after it’s built. However, larger crevices can be cause for concern. Consumer Reports suggests bringing a No. 2 pencil along with you to the inspection. “If the pencil can go into the crack up to the yellow paint on the pencil, that’s a pretty wide crack that could end up requiring the attention of an engineer,” the publication warns.

The basement is also a good place to check for water damage and musty odors, which could indicate larger quality problems.

2. You hate the floor plan 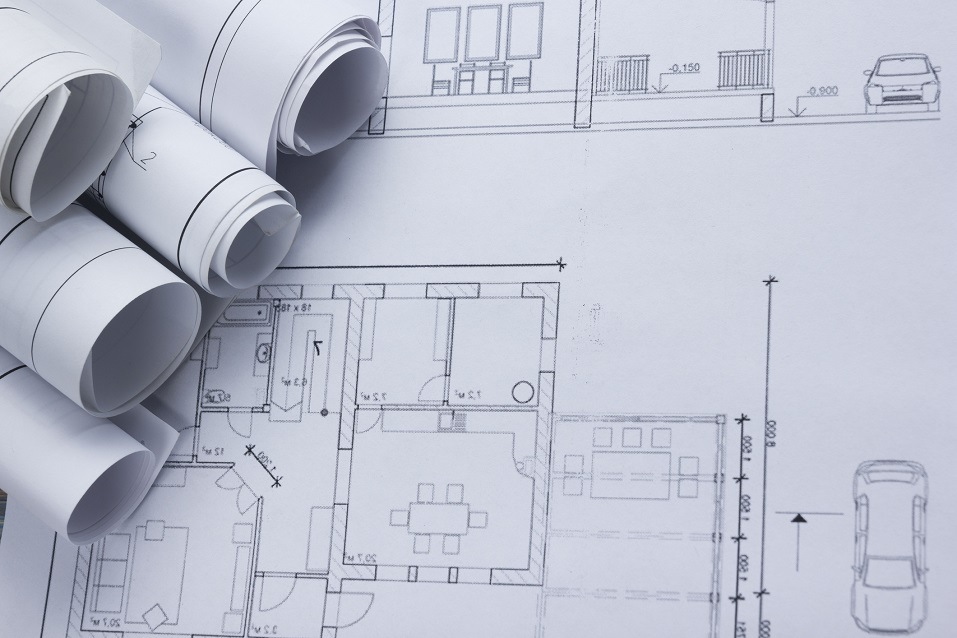 Changing an old-style colonial home into a space with an open floor plan can be done, but it can also become a costly project. Tearing down one wall or putting up another to change the look of your space can be a relatively simple fix, if the home otherwise meets your needs. However, be careful about how much of that work you plan to do.

Load-bearing walls are particularly difficult to move or tear down, since a bulk of the home’s weight relies on that wall for stability. Even non-load-bearing walls can be tricky to move, if they contain plumbing or electrical fixtures. You’ll likely need an expert’s eye for these issues, but Do It Yourself offers tips for identifying load-bearing walls. If you hate the placement of those, you might want to consider finding another home that better fits your style.

Of course, you might be willing to sacrifice a wall placement if the house otherwise has “good bones.” Older wood floors often have more character and better color than their newer counterparts. Solid wood paneling and trim can be hard to replace without paying a fortune as well, Houzz points out. 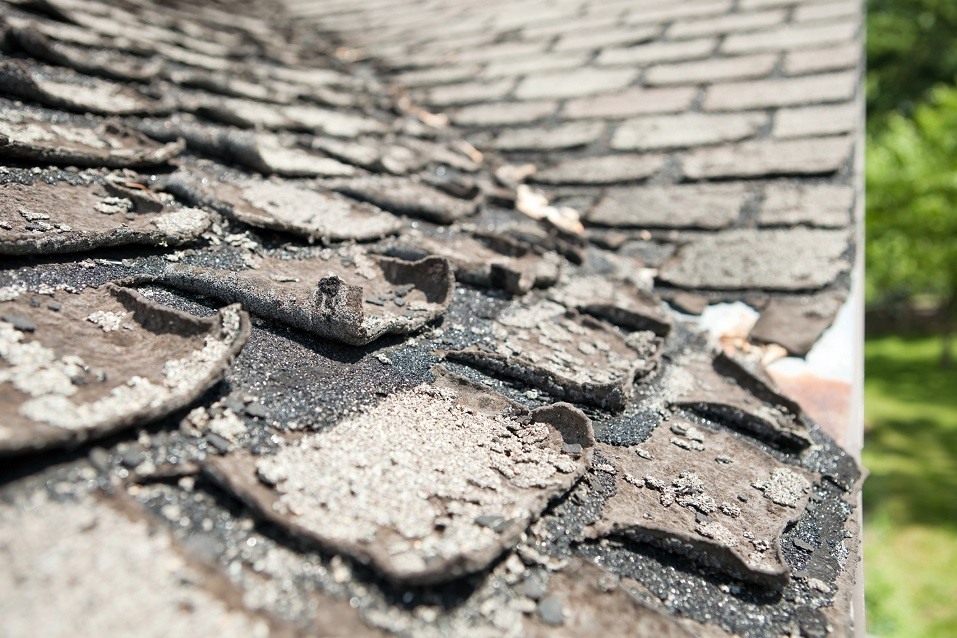 When you’re thinking about buying an older home, you’ll want to know whether you need to budget for a roof replacement — either now or in the next few years. “Runaway water can wreak havoc on any home and a leaky roof is its quickest way in,” Consumer Reports said. “If the home has an asphalt roof, look for cracked, curled, and missing shingles.”

As with all home improvement projects, the cost of replacing a roof will depend on a number of factors, including the size and materials you wish to use. According to HomeAdvisor members, the average cost of a roof replacement in the past year was $6,854, with reports as low as $2,000 and as high as $30,000, depending on a number of variables.

4. The plumbing or wiring is outdated 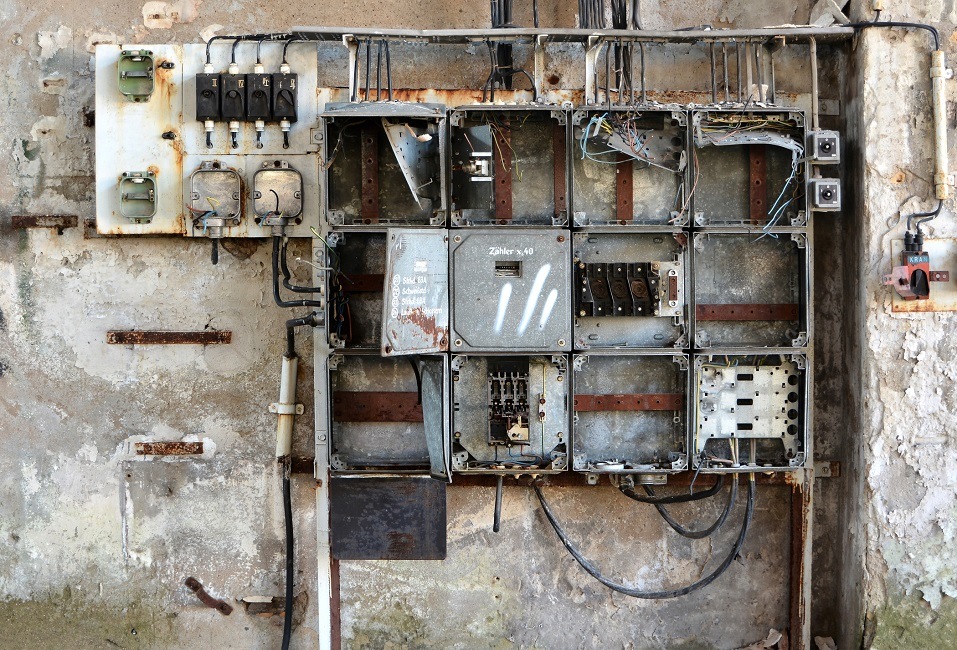 Unless you’re a plumber or electrician by trade, you’ll likely need to hire experts to handle any of the fixes required for the inner workings of your new home. As a result, those changes can be costly as you pay for parts and labor. MoneyTalks News suggests that homes with galvanized steel pipes or aluminum wiring might be a bad investment. The steel pipes can corrode if they’re in need of replacing, and the aluminum wiring can be a fire hazard.

In addition, older homes don’t always have the grounded electrical systems that are required to pass newer home codes. When it comes to plumbing, make sure you’re at least happy with the placement of the sinks, showers, and other fixtures. Moving them and rerouting piping can be extremely costly, Houzz points out.

5. The siding is in bad shape 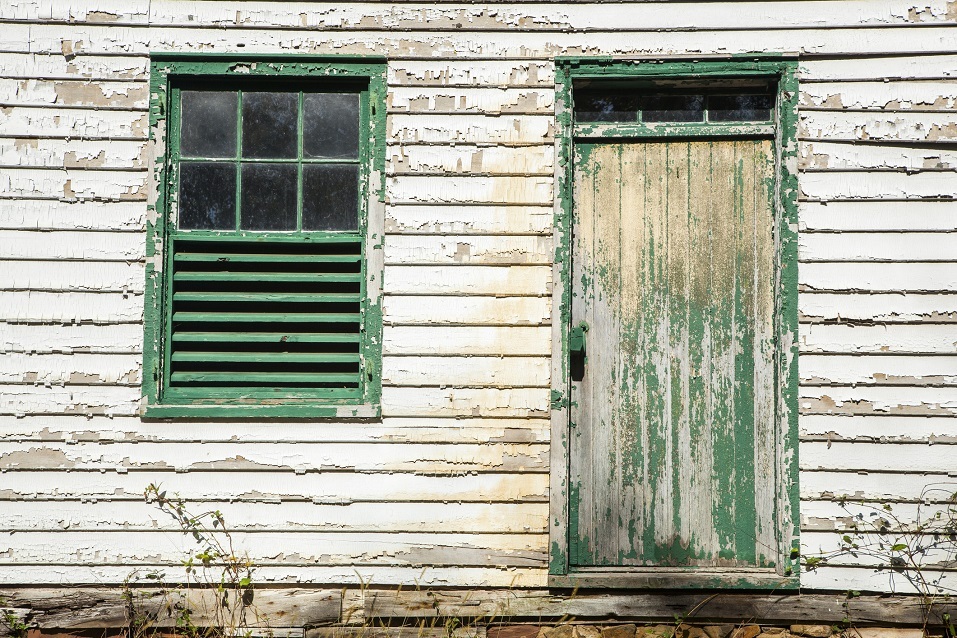 Having chipped siding or slats in an unappealing color could seem like an easy aesthetic fix. And if you have the money set aside to replace it, that’s all it might be. However, make sure you know the costs of replacing the exterior of your home. Material costs vary, but MoneyTalks News estimates that the cost can fluctuate between $10,000 and $13,000.

Aside from the look, however, bad siding could also be indicative of greater issues. The boards or vinyl might be rotting or warping because of rot issues or mold hiding beneath the surface. Getting rid of those problems can be a lot more complicated than replacing an expensive exterior, which is why it requires further investigation.

6. The house has hazardous materials 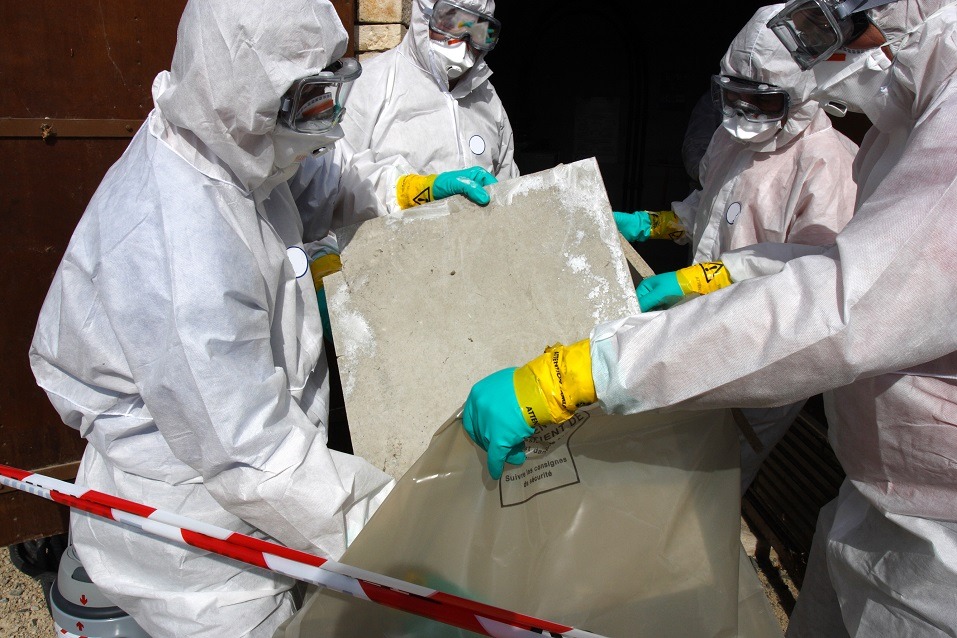 If your home was built before 1978, you can assume that lead paint was used on the interior. Any remodeling you do could put lead dust in the air, which would be hazardous to you and your family. The EPA provides guidelines for people doing their own DIY remodeling to stay safe. If you plan to hire a contractor for any part of your project, know that the EPA requires that they be certified to work in lead paint environments.

Asbestos was a popular building material from the 1940s to the 1970s because of its flame-retardant qualities. According to This Old House, it’s most often found in insulation, but can also be in vinyl flooring, roofing and siding materials, and some HVAC duct insulation. Asbestos isn’t typically harmful if it’s undisturbed, but does become a cancer risk when it breaks down and humans inhale the dust — an almost certainty during remodeling projects. As a result, you’ll likely need to pay for expert assessment and removal if necessary. The EPA provides guidelines for that process.

Again, the extent of the removal will determine the cost, but HomeAdvisor members report that the average removal cost $1,694, with removal as high as $4,000. That doesn’t necessarily include the initial inspection, which can run between $500 and $1,000.

7. You can’t stand the bathrooms … or the kitchen 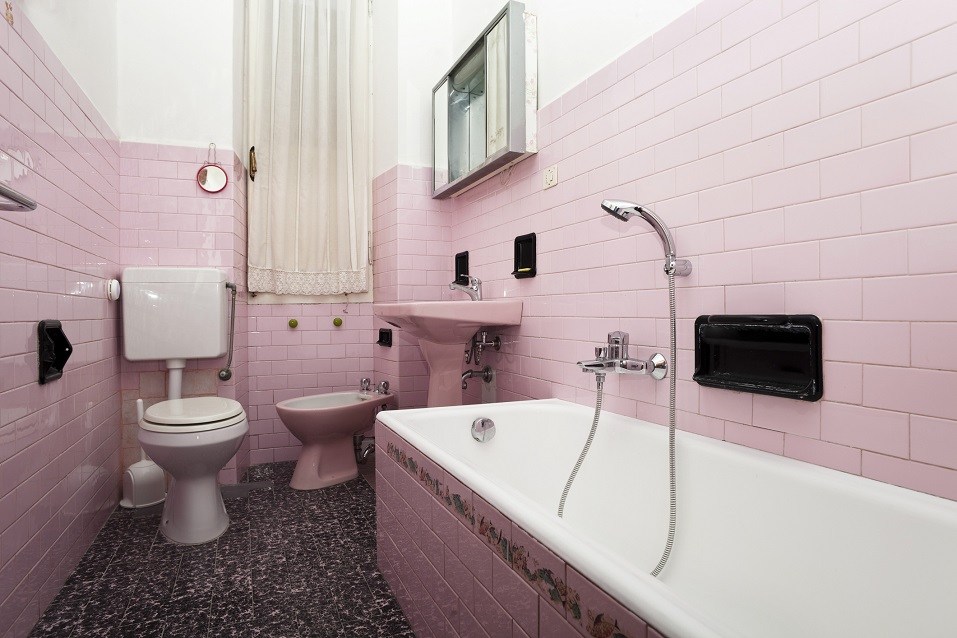 If you have an extensive remodeling budget, the sky’s the limit when it comes to choosing new paint colors, flooring, and fixtures. However, be prepared to set aside several thousand dollars for expensive kitchen and bathroom remodels — or be willing to choose an outdated model you can live with, if your budget doesn’t allow for it.

“The demolition and remodeling of bathrooms is one of the larger expenses of a remodel, so it’s often best to salvage whatever you can if money is an issue,” Houzz suggests. According to HomeAdvisor reports, the average cost to remodel a bathroom this year was $9,348, which can take a bite out of even generous budget.

Kitchen remodels, however, can cost an even prettier penny. That average was $20,556, according to HomeAdvisor, with upper costs sky-high between $31,733 and $49,700. If you have the budget to make some tweaks or even do the whole thing from top to bottom, go for it. But if not, keep in mind that you might want to choose a home with a kitchen and bathrooms you can live with — at least until you can save up for the upgrades you want.