Calculating the Enormous Potential of the Hemp Industry 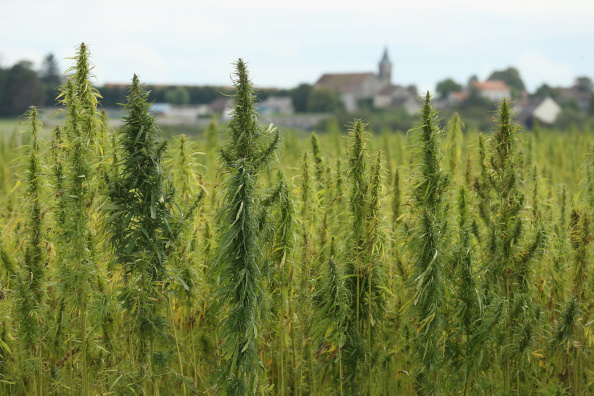 “The crop right now is sellable,” Colorado hemp farmer Jim Denny told NPR reporters earlier this year. “I’ve already had people contact me on my website saying, ‘We know you’re growing stuff and we want to buy it from you already.’ And we haven’t even put it in the ground.”

What Denny is experiencing is called demand, and it’s one half of the most basic blocks of modern economics. The other, supply, is what he is trying to generate. And he’s not alone. The fact is, industrial hemp — which is a cousin of the marijuana plant, sans the psychoactive compound THC — is a potential gold mine for the agricultural industry. The problem is that so far, it’s been lumped together with marijuana and made out to be dangerous, when it is in fact no more dangerous than cotton or wood.

“There’s no question in my mind that this could be a multibillion-dollar crop where we could see millions of acres, eventually,” Eric Steenstra, executive director of Vote Hemp, said to NPR. “Is that going to happen in a year or two? Of course not.”

But that doesn’t mean that the gears aren’t in motion to establish a legal market. As marijuana legalization is slowly but surely spreading across America, one of the biggest hidden benefits that should come along with it is the resurgence of industrial hemp production.

Hemp is a material that is as practical and useful as almost anything in the world, and can be used to produce a variety of products, including building materials and food. The problem, as of right now, is that those who would be willing to jump in and start growing face a combination of pitfalls, including legal roadblocks, and a scarcity of seeds and research.

In what is a bit of a surprise, there are actually members of Congress who are seeing the potential in the hemp industry. As most policymakers are quick to shrug off and ignore matters related to marijuana or hemp, there are states that could benefit monstrously from the market opening up. The most glaring example of this is Kentucky, which has a couple of political powers who have come out in support of pushing forward with deregulating the hemp industry.

Sen. Rand Paul has been leading the charge to open up things for Kentucky hemp farmers, and while he has gained some support, it simply hasn’t been enough. The Industrial Hemp Farming Act of 2013 was introduced early last year, with support from soon-to-be Senate Majority Leader Mitch McConnell and two others from Oregon. The bill itself sought to exclude hemp from its association with marijuana, thereby opening it up for cultivation.

“The Industrial Hemp Farming Act paves the way to creating jobs for Kentucky,” Paul said in a press statement when the bill was first introduced. “Allowing American farmers to cultivate industrial hemp and benefit from its many uses will boost our state’s economy and bring much-needed jobs in the agriculture community.”

McConnell applauded his colleague and when on to tout the benefits that hemp cultivation could bring to his state. “I am proud to introduce legislation with my friend Rand Paul that will allow Kentucky farmers to harness the economic potential that industrial hemp can provide,” he said.

These are two Republican senators, both of whom are throwing their weight behind something that is typically supported by those on the other side of the aisle in Congress. It’s obvious to many on Capitol Hill that legalizing hemp would provide a big boost economically, but there still simply isn’t enough support. However, President Obama did sign a Farm Bill that included an amendment to allow hemp research, in a what was seen as a rather big step.

“With the U.S. hemp industry estimated at over $500 million in annual retail sales and growing, a change in federal law to allow colleges and universities to grow hemp for research means that we will finally begin to regain the knowledge that unfortunately has been lost over the past 50 years,” said Vote Hemp’s Eric Steenstra in response. 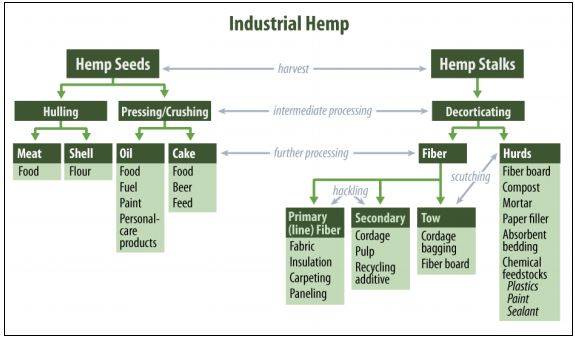 It does appear that Congress is making some headway on the issue, and it’s likely being driven by the passing of voter-backed marijuana legalization. People have come around on cannabis, as it is not seen as the dangerous drug that it has been portrayed as over the past several decades.

Hemp is becoming even further removed from that, and the economic benefits are finally being realized. Following Obama’s signing of the Farm Bill earlier this year, a lot of states have begun to look into the matter for themselves. The National Conference of State Legislators says that 19 states have begun to wade into the industry through research and pilot studies, and eight of those have laws to promote and market industrial hemp.

But the question remains: How much could the industrial hemp industry actually be worth? Truth be told, the sky is the limit. A study put together by the Congressional Research Service last year says that while data isn’t readily available for the current size of the U.S. market for hemp-based products, estimates put it in the $500 million per year range. “Because there is no commercial industrial hemp production in the United States, the U.S. market is largely dependent on imports, both as finished hemp-containing products and as ingredients for use in further processing,” the study says.

It’s not hard to imagine that the size of that market could swell considerably if regulatory barriers were brought down. As you can see in the chart above, the vast amount of products that can be derived from hemp is huge and offers untold opportunities for entrepreneurs and small businesses. When trying to assign a specific dollar figure or economic indicator to just how big the hemp market could be, the Congressional Research Service says that it simply can’t be done.

“Given the absence since the 1950s of any commercial and unrestricted hemp production in the United States, it is not possible to predict the potential market and employment effects of relaxing current restrictions on U.S. hemp production,” the study says. “While expanded market opportunities might exist in some states or localities if current restrictions on production are lifted, it is not possible to predict the potential for future retail sales or employment gains in the United States, either nationally or within certain states or regions.”

Though it’s a bit disappointing to come away without a dollar figure, the Congressional Research Service does make a good point: It’s been nearly 65 years since a real market for hemp of any kind has existed, and the world is such a drastically different place that there really is no telling how much potential there is. But just because a figure couldn’t be agreed upon as a part of that study, make no mistake about it, the potential is immense.

For more than 200 years before it was relegated to dubious legal status, hemp was perhaps the most important crop in America. It was used for nearly everything: making clothes, paper, ropes … the list goes on. The fact that we somehow decided to abandon it and all of its material advantages and agricultural advantages is actually astounding. But like many other things, hemp was wrapped up in the War on Drugs and was classified as a Schedule 1 narcotic under the Controlled Substances Act, the same as marijuana. Although the feds do admit that they are not the same thing, that hasn’t stopped them from regulating it as such.

“We are charged with enforcing the federal Controlled Substances Act,” Drug Enforcement Agency spokesman Matt Barden told Al Jazeera America. “We gather the facts. We gather the evidence. We present those facts to a prosecutor. They decide if it’s warranted to prosecute. If it’s true hemp, less than .3 percent THC, that’s not something that we need to be, as an agency, spending a great deal of time on.”

If the DEA could get to a place where it isn’t spending any time at all dealing with it, that would not only free up an untold amount of federal funding to solve other problems, but also allow the industry to flourish. Right now, many would-be farmers and entrepreneurs are scared to jump into the fray, and justifiably so.

What we are faced with is a prime example of how government regulation can cause economic harm. Though it is likely to change in coming years, especially as marijuana becomes a mainstream and legal substance, there are people who could be getting to work right now and producing value who, instead, are not. It may only be a matter of time before hemp is fully reintegrated back into the American economy, but in the meantime, outdated drug laws and political inaction are having a real, negative effect.