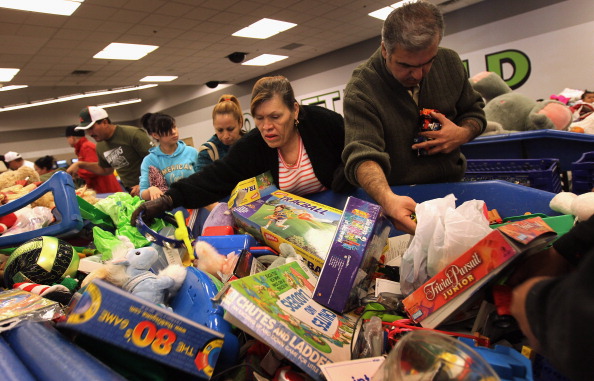 It’s the most wonderful time of the year — unless you’re a retail employee, that is.

The brief but annual bout of insanity that sweeps over America every year is about to kick into full gear yet again, as Thanksgiving, Black Friday, and the holiday shopping season rapidly approach. It’s always interesting to watch as a passive observer as otherwise productive members of society find their most basic instincts and set forth to pummel one another in the aisles of Wal-Mart or Best Buy in order to save big on the season’s most wanted items.

As Santa has begun creeping into our lives earlier and earlier every year, Thanksgiving has now become yet another retail gimmick, slowly but surely transforming into the official start of the holiday shopping season and stealing Black Friday’s thunder.

The issue with that is that Americans — a majority, in fact — feel that Thanksgiving should still be a time for family and that businesses, including retail stores, should remain closed.

New numbers from market research firm Lab42 indicate that as many as 70% of Americans feel that stores should remain closed on the Thanksgiving holiday, which indicates a 10 percentage-point increase from 2012. As Thanksgiving and Black Friday have grown into prominent shopping days on the annual calendar, Small Business Saturday and Cyber Monday have also been born. Though this has spread out the bargains over the course of a weekend as opposed to only on the traditional Black Friday, 23% of shoppers say they will begin their spree on Thanksgiving Day.

“Since 2012, we have monitored the shopping habits and perceptions of Americans surrounding Black Friday and Cyber Monday,” said Jonathan Pirc, founder of Lab42. “With more and more retailers opening on Thanksgiving Day, we feel it is important to gauge how consumers really feel about it.  Many retailers who open on Thanksgiving claim their flexible hours are what consumers want, but our findings reveal otherwise.”

While Lab42’s research does indicate that Americans want to see stores stay closed, Americans’ actual behavior leads us to a contrasting conclusion.

If 70% of consumers do not want stores to be open on Thanksgiving, then why are retailers continuously pushing for earlier and earlier openings? A 2013 report from the National Retail Federation says that traffic on Thanksgiving Day alone last year grew to 45 million shoppers, or 31.8% of holiday shoppers overall, who went out to take advantage of holiday specials. That was a big increase from the 35 million who had hit the sales on Thanksgiving Day the year before.

While last year’s figures give retailers plenty of reasons to want to have their shelves stocked and their stores fully staffed, this year may bring out even more foot traffic. An Adobe Digital Index report, which analyzes retail and analytical data, predicts that while Black Friday will likely still reign supreme as the biggest shopping day, Thanksgiving Day is also expected to be huge. Record sales are expected to the tune of $1.35 billion in sales and an increase of around 27% year-over-year growth.

Again, these numbers conflict with what Americans apparently want, which is for these stores to be closed during the Thanksgiving holiday. A major catalyst behind this new trend is the growth of online retail, which is forcing brick-and-mortar operations to extend their hours to keep up. “When online had Thursday all to themselves, the stores couldn’t compete because they weren’t opening,” Marshall Cohen, an analyst with consumer market research group NPD, told The Oregonian. “(Now) we’re seeing the holiday move earlier and earlier. We’re just watching all traditions be broken.”

A fair point, although it doesn’t seem to be stopping some of the nation’s biggest retailers, including Wal-Mart, Target, and Best Buy, from opening on Thanksgiving Day. “It’s a sign of desperation,” said Howard Davidowitz, a retail analyst and consultant, in an interview with The Huffington Post. “In order to take business from someone else, you’ve got to create a sense of urgency, got to have more sales, got to have more, earlier door-busters.”

While retailers continue to open on the holiday in an effort to retain customers, employees are the ones who get stuck manning the registers and fighting off the ever-increasing hordes of Thanksgiving shoppers, instead of spending time with loved ones. Though Lab42’s research shows that for the past few years people are increasingly getting sick of the new trend, there’s still more than enough demand to keep retailers open.