Will Apple Pay End Up Failing? 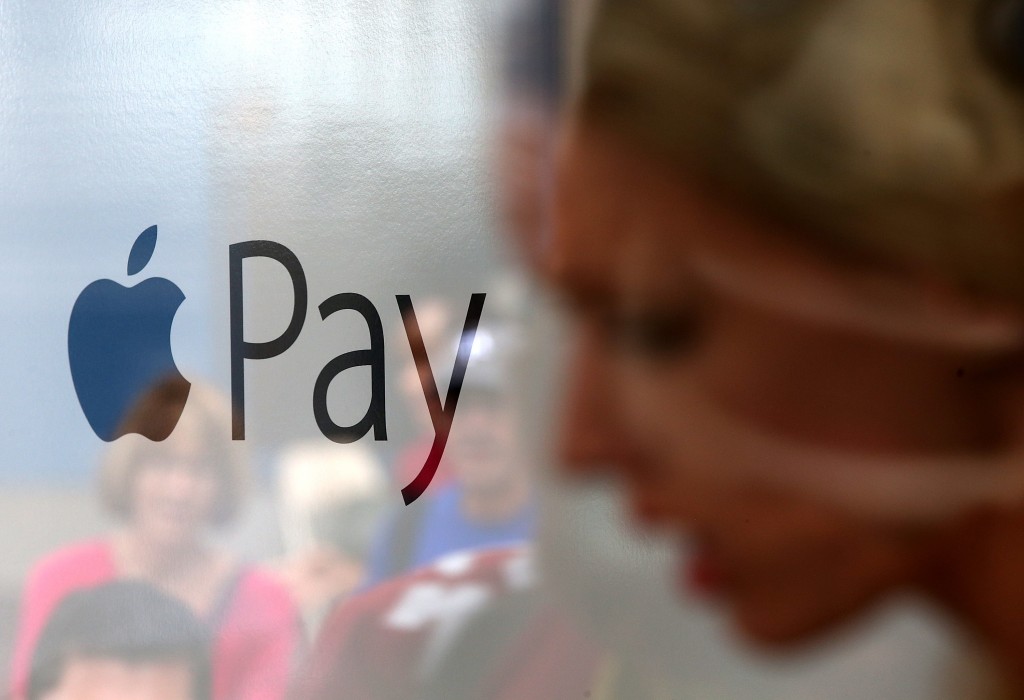 When Apple Pay launched last year, it seemed digital wallets were finally ready to go mainstream. “What Apple has done is given the mobile payment system a massive jump start,” Om Malik, a partner with True Ventures, told Bloomberg shortly after Apple announced its new mobile payment system in September 2014.

Yet a little less than a year later, digital wallets still haven’t replaced old-fashioned billfolds for most consumers. Only 2% of Americans currently use digital wallets, a recent Gallup Poll found. At the time the survey was conducted (between mid-November 2014 and mid-January 2015), 76% of the 13% of smartphone users who had a digital wallet app installed on their device had never bothered to use it.

Companies like Apple, Google (which launched Google Wallet in 2011), and Samsung (which is currently testing its own mobile payment system) like to tout the convenience of their seamless tap-and-pay systems. But consumers are still skeptical. Thirty-eight percent of people who have digital wallets don’t see their benefit, Gallup found. 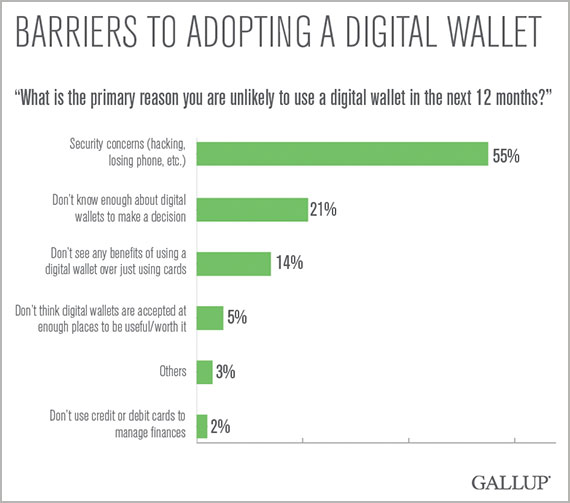 Many Americans also have big concerns about the security of paying with their smartphone. Fifty-five percent of people said the chance that their personal information could be compromised was the biggest reason why they wouldn’t use a digital wallet in the next year.

Not only do people have security concerns about digital wallets, but few people see the need to replace their credit cards and cash when shopping in brick-and-mortar stores.

“[A]t the end of the day, point-of-sale payments aren’t really broken. Swiping a plastic card works just as well as it always has,” noted Gigaom’s Kevin Fitchard in early 2014. 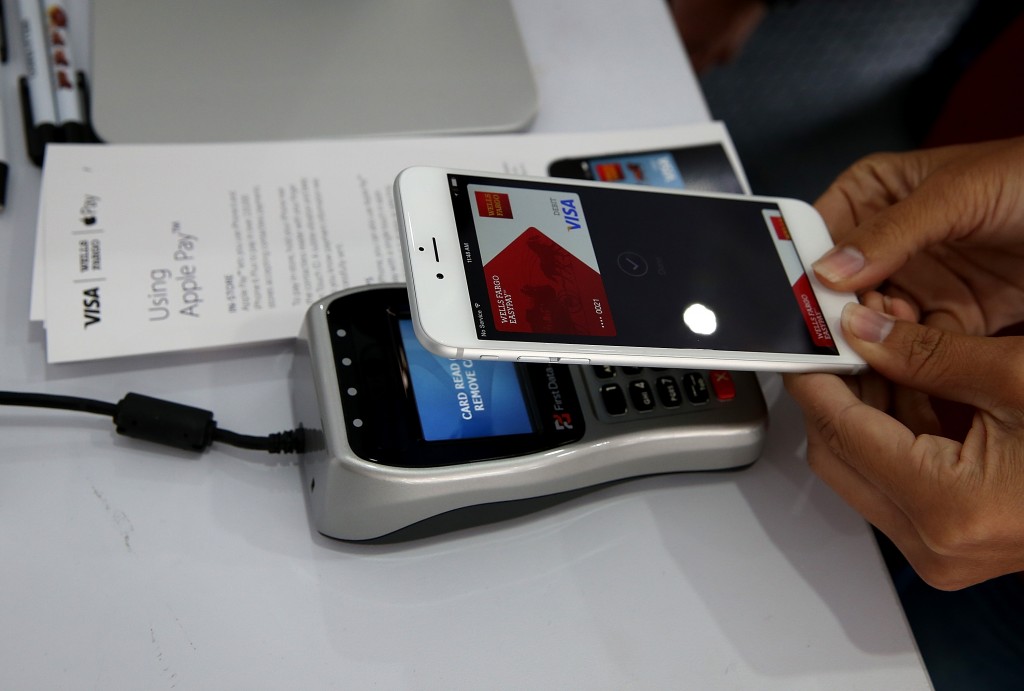 Perhaps that’s why consumers who don’t have access to as many different payment options have expressed more interest in digital wallets. Thirty-six percent of Brazilian and Mexican business travelers said they’d be likely to use a mobile wallet compared to 17% of business travelers from the United States, a 2015 survey by the Global Business Travel Association and American Express found.

Despite slow adoption among consumers, Apple Pay has continued to steadily expand. The company recently launched the mobile payment option in the U.K. and announced another 34 U.S. banks and credit unions that would be supporting the service. The new iPhone operating system, which should launch in the fall, should also make it easier for people to use Apple Pay, according to reports.

At the same time, only 18% of iPhones in the U.S. have the technology needed to take advantage of Apple Pay, Information Week reported, which translates into a potential user base of about 14.4 million. And while retailer adoption of Apple Pay and other mobile payment technology has been increasing, it’s still not universal.

Part of the problem for creators of digital wallets may be of their own making. Critics point out that payment systems haven’t really focused on the needs of shoppers. “The industry has so far created digital wallets with merchants or payment processors in mind, but has not yet made a compelling offer for consumers,” wrote Gallup’s Sean Williams and Daniela Yu.

Perhaps it’s just a matter of time before digital wallets become the norm. Given how relatively crowded the mobile wallet and digital payment space has become, many companies seem to think so. But if Apple, Samsung, and Google really want people to trade their credit cards for smartphones, they appear to have their work cut out for them.