Can DryShips Stock Sail Higher, or Is It Lost at Sea? 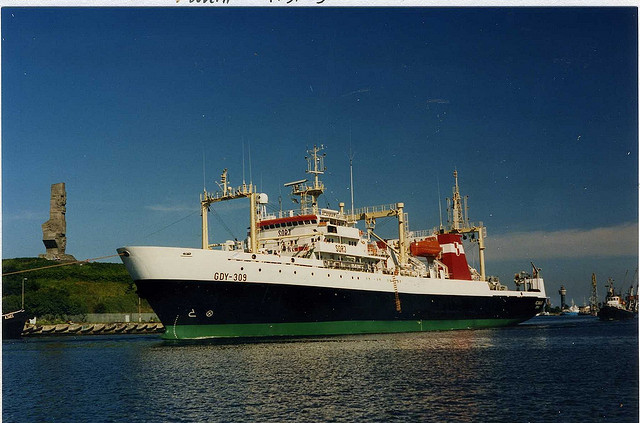 DryShips Inc. (NYSE:DRYS) isn’t exactly a household name. It’s an industrial company whose stock has moved between a dollar and change and five dollars for the last few years. It relies heavily on increased global trade and manufacturing and thus has struggled since the Great Recession. The company specifically provides ocean transportation services for drybulk and petroleum cargoes, and offshore drilling services. The company operates through Drybulk Carrier, Tanker, and Offshore Drilling segments. During the last quarter it owned a fleet of approximately thirty-eight drybulk carriers, comprised of twelve Capesize, twenty-four Panamax, and two Supramax vessels. The stock caught my eye as it is trading at $3.41. The last time I checked in with the stock is was trading in the mid to high $2 range. Is the stock breaking out and is the climate improving for this sector?

“We believe our operations are fully funded through 2014 and, while our at-the-market equity offering is still ongoing, we have shown that we utilize the program in a disciplined manner. In the coming months, we expect to conclude various financial initiatives to fund the maturity of our convertible notes which we expect to take place in December of this year.Turning to the offshore side, Ocean Rig continues to execute on its business plan. Ocean Rig’s modern fleet, strong balance sheet and solid contract backlog of $5.0 billion, provides it with the foundation to implement its previously announced value creation initiatives as evidenced by the recent dividend announcement which has a direct benefit on DryShips.”

Looking ahead, drilling and other oil related activities continues to pick up. However, the cost of fuel for the tankers has also risen as an expense. I think the company is on the right track, and it has funding to last through 2014. The company also has a solid backlog. Given that the stock has already made a large move, it is tough to get behind at current levels. Thus, I have a hold rating on the stock, and given the earnings trajectory, I assign a $3.25 price target for 2014.

Disclosure: Christopher F. Davis holds no position in DryShips and has no plans to initiate a position in the next 72 hours. He has a hold rating on the stock and a $3.25 price target.