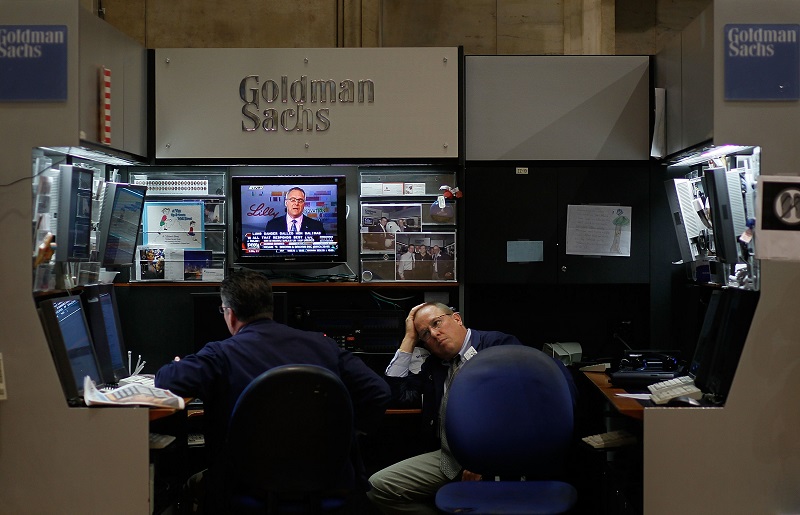 There’s a long list of factors that employers look for in potential hires. You know what the checklist looks like: quick-learner, team-player, etc. But there are also those intangible things that hiring managers are looking for — those things that really separate the ‘men from the boys,’ so to speak. In the most hardcore and selective work environments, employees lacking those intangibles don’t last very long.

One of the most selective employers in America, Goldman Sachs, has identified one of those intangibles as resiliency, and even has implemented training programs to foster and develop it in their personnel. In fact, according to a recent article from Business Insider, fostering resiliency in its employees is one of the major ways that Goldman Sachs stays a step ahead of its rivals, sharpening its “competitive edge”.

As far as how Goldman Sachs goes about including this ‘resiliency training’ into its business curriculum, Business Insider says that the program was first conceptualized and implemented in 2009, and includes help from one-on-one coaching sessions, and lectures that the entire staff can benefit from. Of course, 2009 was about as trying a time for a financial firm that could ever emerge, so instilling a sense of resiliency and a ‘never-say-die’ attitude was a brilliant strategic move for the company.

Now that the program has been spinning its wheels for the better part of six years, it’s more or less become a cornerstone of Goldman’s training and employee development programs. In 2012, Michael Rendel M.D., of Goldman Sachs Health Services, put together a short presentation regarding the company’s focus on resilience, noting that it was crucial for a few reasons. The financial industry was constantly being trashed by the media, life on Wall Street can make it difficult to find suitable work/life balance, and maintaining a constant level of productivity could be difficult for employees under a lot of pressure.

For a company like Goldman Sachs, which notoriously pushes its employees incredibly hard, it’s obvious why management would put such an emphasis on resilience in its workforce.

Goldman Sachs appears to be on to something. While the concept of building a sense of resiliency in employees isn’t exactly new, it’s proving to be invaluable to one of the biggest and most important financial firms in the world.

The question is, how can you hijack those same principles that Goldman is preaching, and apply them to your own professional life? It’s not that difficult, actually. You’re probably doing many of the things required already — you just didn’t think of them as being in the specific context that Goldman Sachs frames them.

Some of those things, as the Business Insider article points out, include rather simple interpersonal processes like setting goals, taking stock of your personal priorities, and an examination of how you approach and ultimately overcome obstacles. Again, these are all things that most of us already do on our own. You just need to reframe the process of doing them, in your mind, as part of a process of self and professional development.

Digging a little deeper, a 2002 article from Diane L. Coutu of the Harvard Business Review broke down resiliency to three main characteristics: the ability to accept reality for what it is, a profound belief that one’s life has meaning, and the ability to think and move on your feet, or to improvise. These traits, Coutu says, are the “building blocks” of resiliency, and when the concept is stripped down to these cornerstone ideals, the thought of creating a sense of resiliency in your own life become much less daunting.

Laura Young, vice president of benefits and wellness at Goldman Sachs, told Business Insider that the company’s idea of resiliency more or less conforms to those main principles. “We define resilience as the state of health, energy, readiness, flexibility, and the capacity to adapt to change with confidence.”

With that in mind, building resiliency may be your key to your next big career move. It’s clear that managers and the world’s top companies value it; it’s just a matter of fostering it, and putting it to work for you in your own career.