Can Home Builders Give the Housing Market a Second Wind? 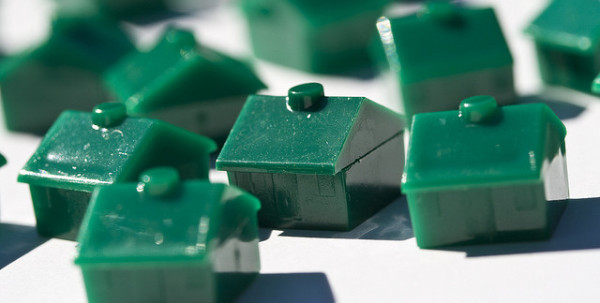 Climbing home sales have been a hallmark of the economic recovery in the United States. According to the National Association of Realtors, existing home sales — transactions that include the sale of single-family homes, town homes, condominiums, and co-ops — increased 1.7 percent on the month and 13.2 percent on the year in August to a seasonally adjusted annual rate of 5.48 million, the highest level in about six-and-a-half years.

Broadly speaking, increased sales have been accompanied by increased prices. The national median price for an existing home in the U.S. was $212,100 in August, up 14.7 percent on the year and the 18th consecutive month that the median home price has increased year -over-year. The S&P/Case-Shiller Home Price Indices confirm this trend: the 20-city composite price index is up more than 12 percent on the year and has an annualized three-year return of about 3 percent.

The rally, though, may begin to run out of steam if left unattended. The recovery to date has relied on a steady but anemic recovery in overall economic conditions and was largely made possible by historically low interest rates, and both of these catalysts have been undermined recently.

Thanks to the ongoing partial shutdown of the U.S. government and debt-ceiling brinkmanship, economic confidence has plunged. Gallup’s Economic Confidence Index has dropped from about -20 at the end of September to -41 for the three-day period ended October 13. As measured by Thomson Reuters and the University of Michigan, consumer sentiment is at its lowest level since January.

When confidence falls, economic activity slows down. Consumers become less willing to spend and may put off or altogether abandon plans to make major purchases like a car or a home. What’s more, climbing prices mixed with higher interest rates on mortgages — up to 4.46 percent in August for the 30-year fixed rate, according to Freddie Mac — have helped put the brakes on home sales.

Evidence of this is in pending home sales data. The Pending Home Sales Index compiled by the National Association of Realtors fell 1.6 percent in August. Lawrence Yun, the organization’s chief economist, said: “Sharply rising mortgage interest rates in the spring motived buyers to make purchase decisions, culminating in a six-and-a-half-year peak for sales that were finalized last month. Moving forward, we expect lower levels of existing-home sales, but tight inventory in many markets will continue to push up home prices in the months ahead.”

New home sales, as measured by the U.S. Census Bureau, continued to climb in July but still came in below economist expectations.

All told, the data suggest that the robust housing recovery experienced over the past few years may be losing a little bit of steam. According to Redfin, an online estate brokerage, fewer real estate agents believed that the third quarter was a good time to sell than the second quarter, while more believed that it was a better time to buy.

“At the end of this summer, you could smell the rubber on the road from buyers hitting the brakes,” said Redfin San Diego agent Sara Fischer. “The cutthroat competition and frenzied demand has relaxed considerably.”

Home prices are expected to moderate with demand and sales growth is expected to even out. This has forced home builders looking to sell inventory into an increasingly difficult position: In order to sell new homes, they have to sweeten the deal. Low interest rates and pent-up demand are no longer enough to drive the market forward on their own.

According to a Wells Fargo Securities survey, 29 percent of home-builder sales managers reported increasing incentives to home buyers in October, up from 17 percent in August and 14 percent in September. These incentives include things like installing tile floors for free, paying closing fees, or covering some interest payments.