Can I Borrow $100? How to Handle 4 Awkward Money Situations

Money may make the world go round, but it can also make for some awkward social situations. Whether it’s your best friend who’s always a little short on cash when the check comes, a relative who expects freebies and handouts, or a roommate who doesn’t get that bills have a due date, you’ve probably found yourself having to broach the potentially uncomfortable topic of money. And if you’re like many people, you may have found yourself dancing around the issue rather than confronting it head on.

“It is such a loaded conversation, and there is so much subtext and hidden meaning wrapped up in money,” Daniel Crosby, a behavioral finance expert, told Reuters. “Money is shorthand for happiness, power, and personal efficacy, so it can be very scary.”

Anxiety related to talking about money may be why you find yourself picking up your friend’s bar tab (again), loaning money to a spendthrift relative when you can’t afford it, or whipping out your credit card when it comes time to pay for a way-over-budget bachelor party weekend. Those moves may allow you to skirt some potentially awkward chats about money, but they’re likely to do damage to your finances and your relationships over time.

The next time you find yourself in an awkward money situation, don’t let fear take over. Instead, consider these tips for getting out of four sticky financial scenarios.

1. Your friend owes you money

Is the friendship or the cash more important? | iStock.com

A loan between friends can turn into an elephant in the room if the borrower conveniently “forgets” to repay the lender. Even if the amount you lent your friend was relatively small, not getting paid back can be galling. At the same time, nagging your friend about the $50 he owes you can seem petty.

Before you call in a loan, consider whether it’s more important to preserve the friendship or get the cash. For small amounts, remind your friend of the debt once or twice. If he still doesn’t pony up, let the outstanding loan go, but make your excuses the next time he asks you to front him $100. If your buddy owes you a substantial amount, politely but firmly ask about his plans for making good on the debt. But be prepared to never get the cash back. Two-thirds of people who loan money are never repaid, a survey by CouponCodesPro found.

What if you’re the one who’s in need of the loan? Before you hit your friend up for cash, you might want to remember the following proverb: “Before borrowing money from a friend, decide which you need most.”

2. You can’t afford to be a groomsman 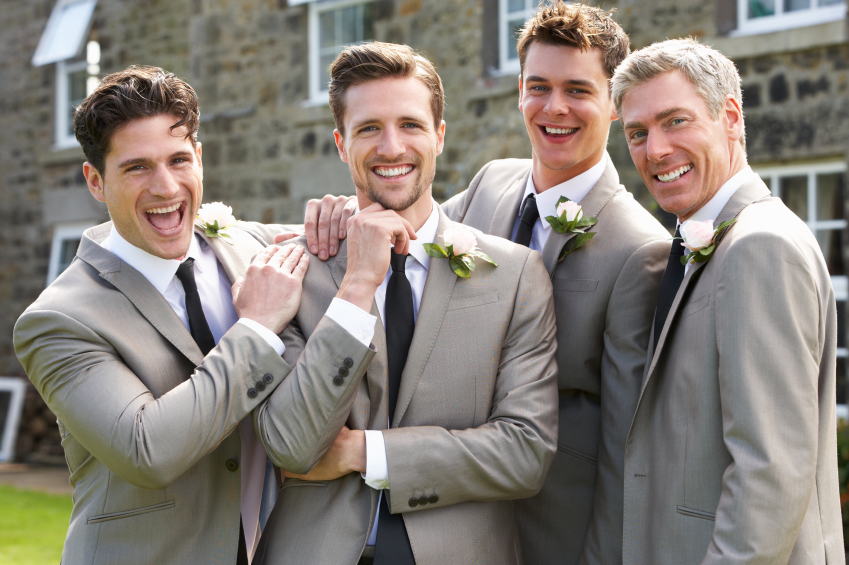 You need to be honest. | iStock.com

Standing by your friend when he gets married is an expensive honor. The average groomsmen spends nearly $250 on renting a tux and about $680 on the bachelor party, a recent survey by GoBankingRates found, plus hundreds more on wedding gifts and incidental expenses. The cost can be a burden, but when your childhood friend invites you to be part of his wedding party, you might feel pressure to say yes, even if your finances are shaky.

Speak up early on if you suspect you won’t be able to swing the cost of the wedding. “Don’t wait until the last minute to bring up the topic of your potentially limited budget,” debt blog ReadyforZero advised. “The longer you put it off, the more likely it will seem like a feeble excuse, or cause feelings of discomfort and guilt in the bride or groom.”

Admitting you don’t have thousands to blow on your friend’s big day might be a little embarrassing. Yet if the groom is truly a good friend, he won’t want you to go into debt to celebrate his marriage. Once he knows what you and the other groomsmen can afford, he can plan accordingly. It’s also fine to skip certain events (like a three-day bachelor party weekend in Vegas) if you can’t afford it, or to politely decline the invitation to be in the wedding party.

3. Your family member wants a freebie

This could strain relationships forever. | iStock.com

You’re a pro photographer and your cousin expects you to take pictures of her baby at no charge. You work in tech and your brother-in-law thinks you’re his always on-call IT department. You own a hotel and distant relatives don’t hesitate to hit you up for a free room when they’re in town. While offering to help out your nearest and dearest on occasion is nice, you shouldn’t let family or friends take advantage of your generosity, and they shouldn’t expect you to work for free.

“It’s pretty normal to do a small professional service for a family member for free,” according to Alison Green of Ask a Manager. “[B]ut when it becomes a significant project, it’s totally reasonable to be paid for your work and your expertise.”

Family members who ask you to work for free may not really understand the value of what they’re asking for. The next time you get such a request, gently remind the freebie seeker that you’re a professional running a business, and mention how much you’d charge for the service. Tell your cousin, “I’d love to take photos of your new baby. I normally charge $400 per session.” She’ll get the hint.

4. Your co-worker asks how much you make 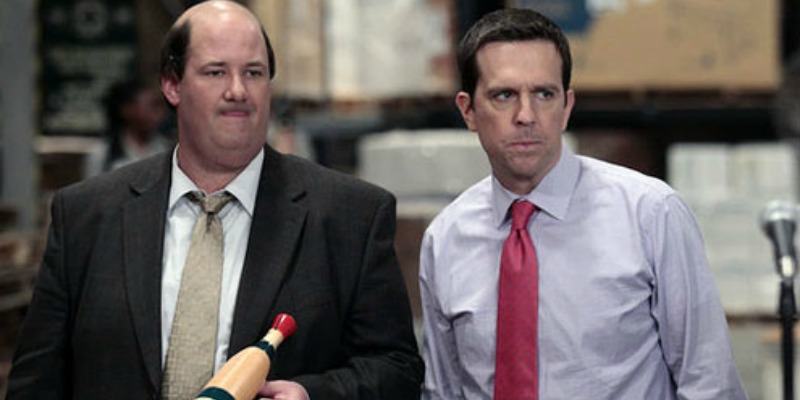 You don’t have to answer. | NBC

Only 25% of U.S. workers surveyed by career website Monster said they were comfortable discussing how much they earn with co-workers. So what should you do if a colleague breaks the salary-talk taboo? While some career experts say you should avoid disclosing how much you earn, since it has the potential to create office drama and breed resentment, others argue the ban on discussing pay hurts workers, who might benefit from greater transparency.

While you should feel free to dodge a nosy co-worker’s question if you don’t want to talk dollars and cents, in some cases, being open about your salary can be a good thing, especially if you or a colleague suspects pay discrimination.

“The taboo against talking about salary and specific bonuses and salaries in the workplace setting does do damage to those who are being penalized based on stereotypes,” Jodi R. R. Smith, of Mannersmith Etiquette Consulting, told Forbes.