Can LOT Get a Boeing 787 In the Air? In Your Dreams 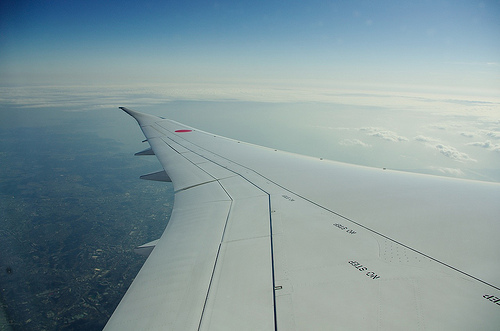 It isn’t everyday that you see a Dreamliner 787 from The Boeing Company (NYSE:BA) being grounded. Oh wait…

Same plane, different day. This time, according to Reuters, LOT Polish Airlines was the one forced to cancel two of its flights and postpone another due to problems with two Boeing Dreamliners. Different problems are to blame for the disruption of the transatlantic flights. While a power system issue cancelled a flight to Chicago, another to Toronto was delayed due to the plane’s tracking system.

Although LOT was lucky enough to be the first of the European airlines to receive the Dreamliners, it appears as though its luck has run out.

As always, we must reassert that the two’s planes issues have no connection to the lithium ion battery problems that plagued Boeing at the beginning of the year when it was forced to keep its Dreamliners on the ground for three months starting in January. But luckily, LOT isn’t phased that two of its four 787s have already demonstrated problems. In fact, despite its financial problems, the company has even ordered two more.

It seems as though those airlines with Dreamliners are just taking turns reporting their problems with the 787s. Last week, All Nippon Airways was up at bat as its Dreamliner flight from Toyko intended for Frankfurt was grounded due to to the aircraft not being able to supply power to its air-conditioning system. And the week before that, two more separate flights were cancelled due to separate oil-related problems. First, a United Airlines (NYSE:UAL) 787 on its way from Tokyo was forced to divert to Seattle, rather than its planned destination, Denver, with the root of the problem being with the oil filter in an engine. And then later, another United 787, en route from London to Houston, was forced to divert to Newark, New Jersey on a low oil indication.

But regardless of all of its issues, Boeing has already announced that it has secured orders worth $30 billion for its 787-10 jet, set to come out in 2018. We can only hope the 787s can get their acts together by then.