Can Toll Brothers’ Stock Build Up Your Portfolio? 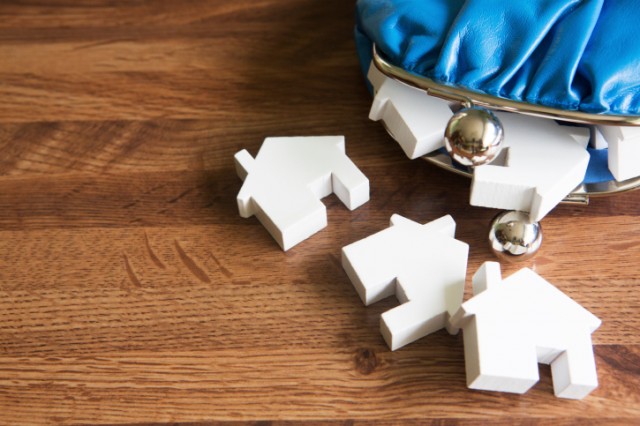 Toll Brothers Inc. (NYSE:TOL) is the nation’s leading builder of luxury homes. It is also involved in building and selling homes in urban infill markets. In addition, the company owns, develops, and operates golf courses and country clubs that are associated with various planned communities. The company serves move-up, empty-nester, active-adult, age-qualified, and second-home buyers in 19 states in the United States. As the housing market began rebounding in 2010, the stock has been quite strong. The question is: Can this momentum continue? Looking into the company’s announced results for its second quarter ended April 30, I believe that the stock is setting up for another run.

Toll Brothers’ second quarter net income was $65.2 million, or 35 cents per share diluted, compared to net income of $24.7 million, or 14 cents per share diluted, in the comparable quarter last year. Pre-tax income more than doubled year over year. This quarter, income was $93.5 million, compared to pre-tax income of $41 million a year ago. Revenues were $860.4 million and homebuilding deliveries of 1,218 units rose 67 percent in dollars and 36 percent in units compared to the year-ago totals of $516 million and 894 units. The average price of homes delivered was $706,000, compared to $577,000 in fiscal year 2013′s second quarter. This boost in average price significantly improved Toll Brothers’ results.

The backlog of $3.21 billion and 4,324 units rose 27 percent in dollars and 18 percent in units compared to the year-ago backlog totals of $2.53 billion and 3,655 units. At second quarter’s end, the average price of homes in backlog was $742,000 compared to $693,000 in the year-ago quarter. In terms of its balance sheet, Toll Brothers is strong. In addition to approximately $364.8 million of cash and marketable securities, the company ended the quarter with $1.35 billion available under its various credit facilities.

Douglas C. Yearley Jr., Toll Brothers’ chief executive officer, said: “Two weeks ago, Toll Brothers was honored by BUILDER Magazine with the national Builder of the Year award. We are proud to receive this award not only for our quality homes and luxury brand, but also for the strategic initiatives we implemented during the past year. This honor is the second significant industry-wide award we have won in the past two years.

As the nation’s leading builder of luxury homes, we are pursuing a program of prudent expansion supported by our strong liquidity. In the affluent Boston-to-Washington D.C. corridor we are expanding our suburban footprint and continuing the successful growth of our City Living brand, which develops for-sale condominium projects in New York City, the Northern New Jersey Gold Coast, Washington, D.C. and Philadelphia. Our significant expansion over the past year in key California and Texas markets will be a major source of future growth.

“These are among the strongest housing markets in the U.S. We have been systematically raising prices across the board. In Texas, we now control three major master planned communities in Houston, we are about to open our first new master planned community in Austin, and we continue to grow our presence in Dallas. Our Apartment Living brand is also growing. In the Northeast and Mid-Atlantic regions, we currently have four projects two in suburban markets and two in urban locations totaling approximately 1,500 rental units under construction with joint venture partners. We own or control sites for another 3,800 rental units in the same corridor and have additional expansion plans on the horizon.”

Looking ahead, the company has reaffirmed its previous guidance that it will deliver between 5,100 and 5,850 homes in fiscal year 2014. The company anticipates that full-year gross margin after interest will improve 175 to 200 basis points compared to 2013. Further, the average price of deliveries for the full 2014 fiscal year will be between $690,000 and $720,000 per home, an increase from $675,000 at the bottom end of the range in its previous guidance.

According to the April 2014 U.S. Census Bureau’s New Home Sales Report, new home inventory stands at just 5.3 months’ supply based on current sales paces. If demand and pace increase, the 5.3 months’ supply could quickly be drawn down. Current demographics seem to suggest that new home sales should pick up. If the tight supply bumps into increasing demand, prices could rapidly rise. Thus, given the performance, the housing data for pricing, and the guidance moving forward, I think Toll Brothers stock is a good buy, particularly if you can get it on a pullback.

Disclosure: Christopher F. Davis holds no position in Toll Brothers and has no plans to initiate a position in the next 72 hours. He has a Buy rating on the stock and a $45 price target.