Has Wal-Mart Finally Met its Match? 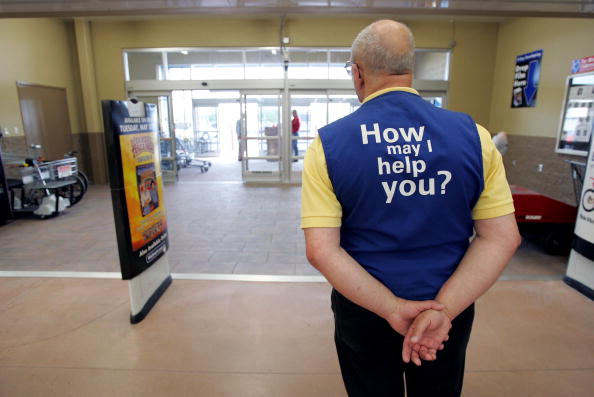 America’s retail giant is gearing up for a fight. Not necessarily a David versus Goliath bout, but more like a Goliath versus another Goliath versus multiple Davids free-for-all. In other words, Wal-Mart is quite reluctantly getting dragged into a fight.

The area of resistance is in the online space, where rivals like Amazon are posting huge sales figures and bringing a real, tangible threat to Wal-Mart’s reign as the world’s biggest retailer. Ironically, where Wal-Mart seems to be getting beaten out is in pricing, which is basically how Wal-Mart climbed to the top of the sales charts over the past few decades. In order to compensate for the company’s apparent shortcomings in that respect, The Wall Street Journal reports Wal-Mart is testing out some new price-matching systems, designed to help it take back some of the ground it has conceded.

Price-matching is a tool that other retailers, like Best Buy and Target, have already adopted. The main concern on Wal-Mart’s part is just how much it will cost them to develop and implement a new system, and how much of a hit matching prices — you know, actually competing — will take out of their bottom line. With the holiday season now come and gone, the results from the next round of quarterly and annual reports will be interesting to comb through.

To hedge their bets, Wal-Mart engaged a strategy of curbing expectations and predicting slower profit growth following a series of analyst forecasts that indicated slowing consumer traffic. Many customers have likely been looking at online options where better prices can be found, as the economy remains sluggish with Wal-Mart’s key customer base being affected the most. Wal-Mart relies heavily on lower prices to keep customers coming in, if it loses that edge, the company could be in real trouble.

Bloomberg reports that after bringing down sales expectations a bit, Wal-Mart shares took a significant hit on the stock exchanges, which added onto an already rough year for investors. The company’s stock, as of the middle of October, had declined 4.4%. With the holiday push, however, the price has rebounded handsomely back to above $85 per share. The question is whether or not that will be sustained, or if prices will again fall as we move towards the first few months of 2015.

“We need to develop a more seamless relationship with our customers,” Wal-Mart CEO Doug McMillon said in a statement, trying to reassure investors that the company is readying contingency plans. “We won’t just be a store on the street. We’ll support our customers’ lives, with them in the driver’s seat, to save them money and time.”

But even with that kind of rhetoric coming from management, the company is losing ground in terms of retail traffic. Second-quarter results, released in August, show that while they’re still raking in billions, there are some trouble spots. Same-store sales have been falling for two straight years, and this past quarter, the third quarter of 2014, saw another 1.1% drop.

So, where are the customers going? Likely online, where they are enticed by many incentives, including free shipping, price comparisons and perhaps most importantly, price-matching. Though they have already started to enact a strategy to counteract dropping retail traffic through the company’s new Savings Catcher app, whether or not it is enough to win back customers won’t be known for a little while. However, once some data is in hand regarding the app’s effectiveness, Wal-Mart brass can use it to figure out exactly where they stand, and how to put up a better defense against encroachment from online competitors.

Again, the biggest issue that the company’s leadership and investors are likely to have with a price-matching strategy is that it will eat into profits. However, facing declining traffic and an onslaught of challengers across the board, it appears that implementing price-matching will be essential to the company’s success in the years ahead. Of course, all things being equal in terms of price — Wal-Mart will still need to deal with the ugly perception among many consumers that it has developed over the years.

Why would a customer buy from Wal-Mart when they can get the same item, at the same price, from Target or Amazon? Part of Amazon’s appeal is the fact that you don’t have to go to a retail location, like Wal-Mart, to get what you want at a low price. Even Target has been able to develop a more friendly image in the eyes of consumers. While those companies, and most of Wal-Mart’s competitors also have their issues, it is something to take to heart from a management standpoint.

So far, the company’s profits haven’t taken a hit, as their financial reports have detailed. In fact, Wal-Mart is still monstrously profitable, and the holiday season has likely again proved to be a windfall. But what’s coming over the next few years might be a different story, and price-matching, or at least entering the arena in terms of price competition, might be the next step Wal-Mart needs to take. Though the company’s strength has long been that it hasn’t had to compete on that level, the rest of the world is catching up.