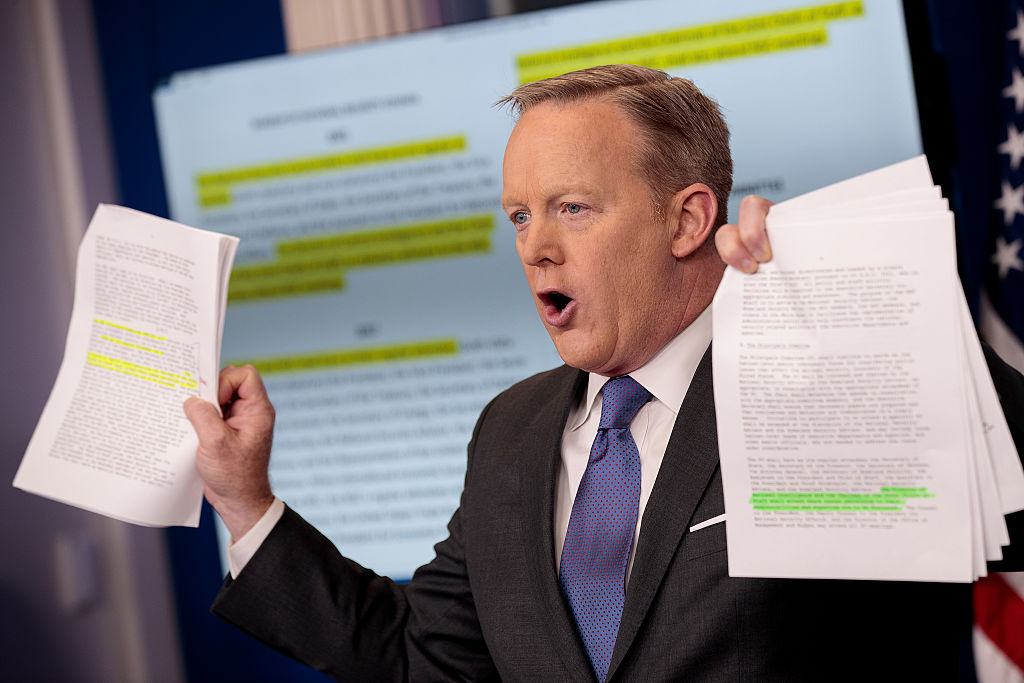 When White House press secretary Sean Spicer stampeded the press corps on day one of the Trump presidency, we knew we were entering a whole new paradigm. On that day, Jan. 21, 2017, Spicer took the podium and laid into the press for reporting the crowd size for Trump’s inauguration ceremony was dwarfed by that of President Barack Obama’s crowd in 2008.

“This was the largest audience to ever witness an inauguration — period — both in person and around the globe,” he said.

This was followed up by similar remarks from Trump himself. “I looked out, the field was — it looked like a million, million and a half people,” Trump said during a speech at CIA headquarters on the same day as Spicer’s comments.

The big question on everyone’s mind was this: Why?

We still don’t have an answer to that. But what that single press conference did was set the tone. The Trump administration — including its surrogates and mouthpieces — are going to say what they want to say, regardless of whether it’s true. Anything they disagree with will be met with accusations of “fake news,” and that’s simply the way it’s going to be.

In other words, Spicer and other officials lost credibility right from the get-go. And it’s become a serious issue. 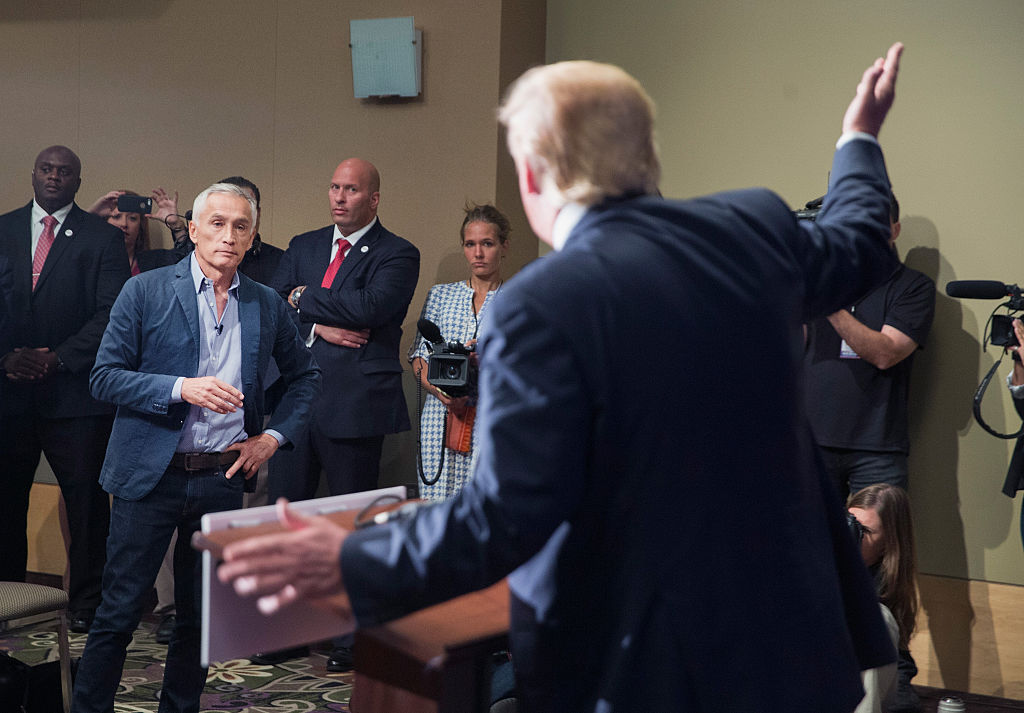 Trump fields a question from reporters during the campaign. | Scott Olson/Getty Images

To say the White House has a credibility problem is a bit of an understatement. After all, the claims about inauguration crowd sizes were only the beginning. Since then, we’ve seen all sorts of dubious claims from administration surrogates about anything and everything. Examples include claims that Democrats are obstructing Trump nominees to score political points. (Trump has failed to nominate anyone for a huge number of positions.). And coal-friendly policy has led to the creation of 50,000 mining jobs since December. (There are only about 53,000 total coal mining jobs in the U.S.).

This is why Spicer, at one point, was even found hiding in the bushes (or near them) to avoid reporters. And why the Trump administration has at times not allowed cameras into the briefing room. Few have any faith they can get a straight answer, and it’s eroded the public’s confidence.

Of course, politicians and government officials have always lied, deflected, and avoided questions. But the current administration has brought it to a new level — and this is one of the things that drives people crazy about politics. But through it all, there are lessons to be learned. One of them, perhaps most obviously, is that losing your credibility can be devastating.

The lesson: Be credible 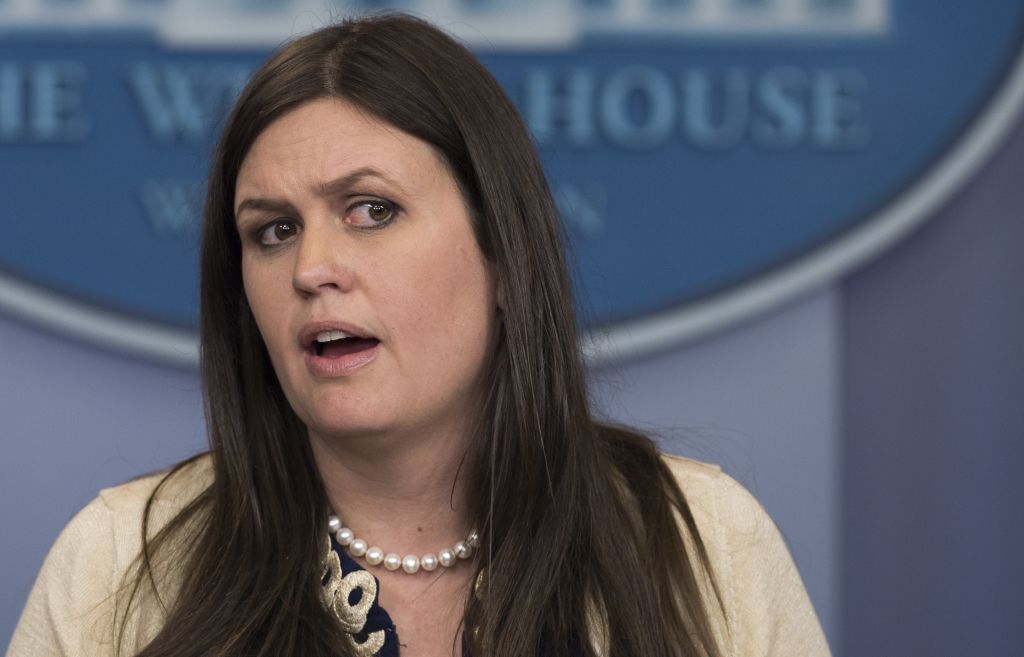 Are you lying? | Saul Loeb/AFP/Getty Images

Imagine you’re Spicer or his deputy, Sarah Huckabee Sanders, and you’re now living out your post-administration life in the private sector. You’ve spent the last bit of your career spinning stories and generally proving you have no credibility. Where do you go now?

This is a situation you don’t want to find yourself in. You want employers to be able to look at your resume and take you seriously or for your colleagues to back you up when push comes to shove. The concept of “credibility,” in this sense, means more than just having people believe in you. It has to do with trust and loyalty, too.

On the subject of loyalty, some people might look at a guy like Spicer and see he lacks credibility after his stint at the White House. But what you could say about him is he’s loyal. That’s another element to the equation that can’t be ignored. 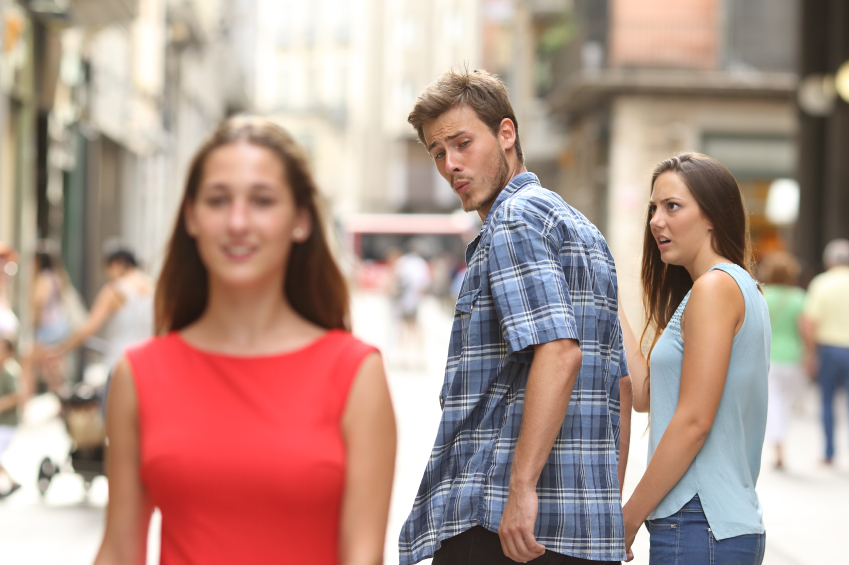 Are you being faithful? | iStock.com

Another common theme that keeps bubbling to the surface over the past several months is that of loyalty. Guys like Spicer are incredibly valuable to guys like Trump, strictly because they’re loyal. Spicer has one of the toughest jobs on the planet and has proven he’s willing to stand by his boss. Trump isn’t alone when it comes to valuing loyalty either.

In a world where everyone is job-hopping left and right, finding employees who will stick with you is difficult. There are ways to prove your loyalty or look for an employer you feel you can swear your loyalty to. The point is loyalty is often rewarded. 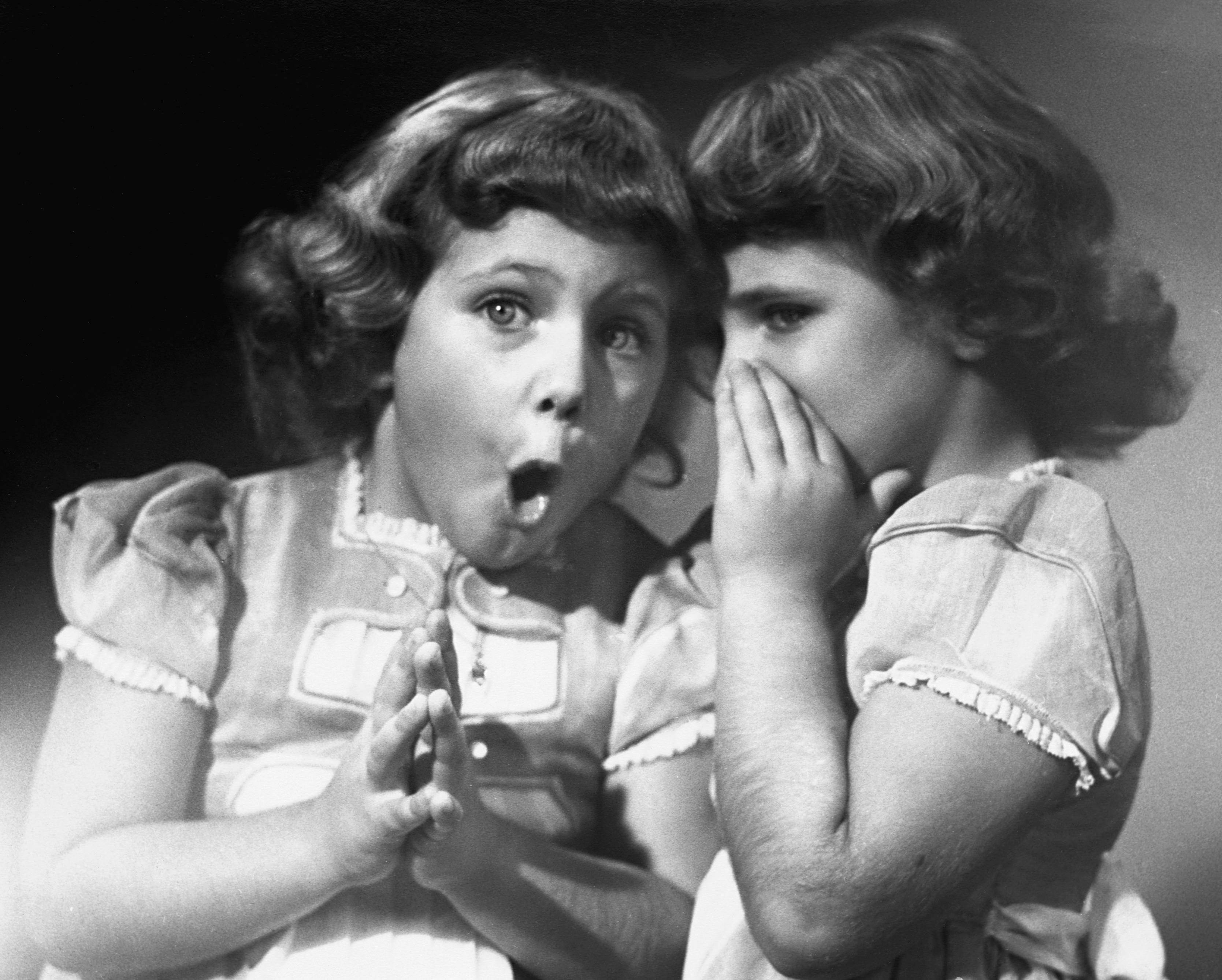 Trust and loyalty aren’t always linked. You can inherently trust someone, but that doesn’t mean they won’t go off to pursue their own interests or explore other opportunities. Although we typically hype up the importance of trust in our personal relationships, it’s important in our professional relationships, too. Your boss needs to trust you to come to work on time. They also need to trust that you can get your tasks completed.

Research has shown the more trusting a workplace is, the happier its employees are. You can work on building trust among your managers and colleagues with some simple strategies, which can ultimately help you build more credibility in the workplace. 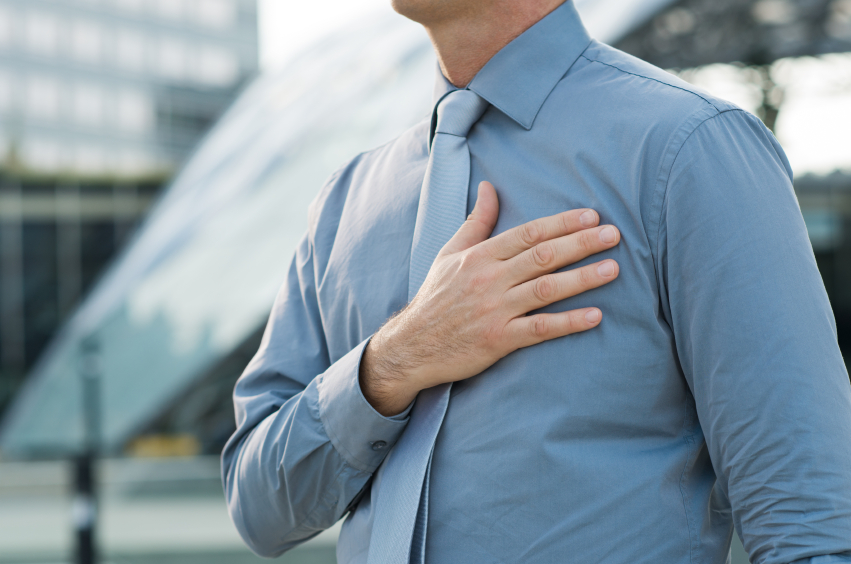 A man swears loyalty to his employer. | iStock.com

A recent analysis from the Brookings Institution about the Trump administration’s “credibility gap” laid out a strategy for building credibility. Well, more specifically, it described strategies Trump and his team could use to build credibility. But the same methods can be used for your own purposes. It all starts with telling the truth. That seems simple enough. But there are a few more variables in the equation, which the author borrows from John F. Kennedy’s counselor Ted Sorensen:

Credibility and your career 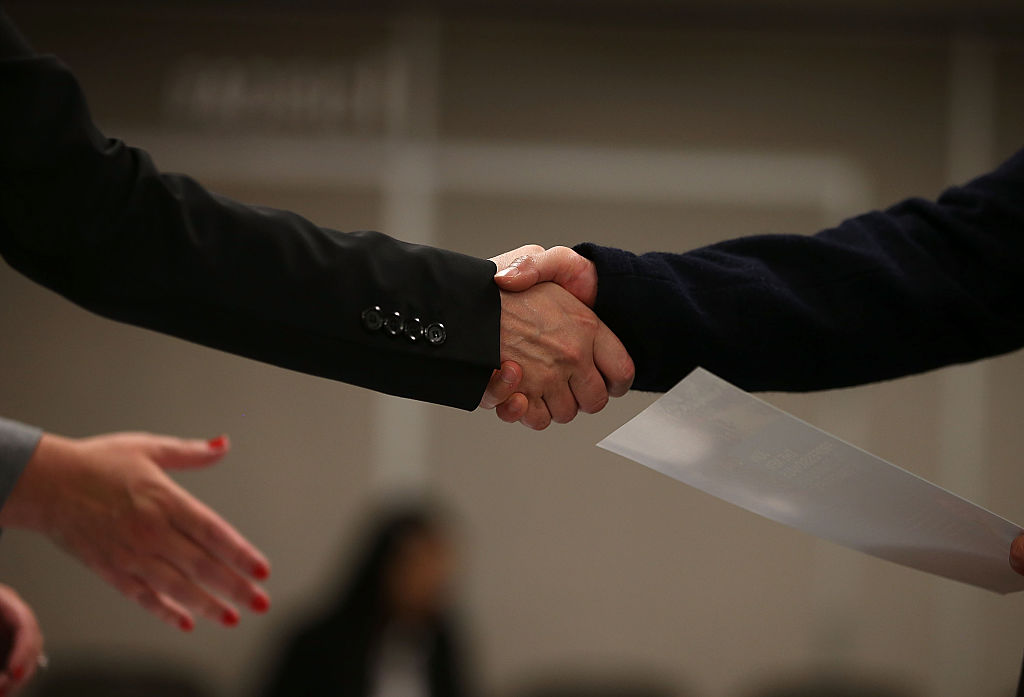 It’s hard to say just how big of an impact credibility can have on your career. Part of the issue is it’s not easy to measure credibility. But we can look at people we deem to lack credibility and see how it warps our views of them. We’ve discussed loyalty and trust, both of which have been tied to career and salary growth. That alone should get your attention.

But again, look at people, such as Spicer or Sanders, as examples of what happens when people lose their faith. They might be decent individuals, but the problem is a good percentage of people don’t trust them. Avoid that trap, and you’ll be doing yourself a favor.