These Are the Biggest Celebrities Who Doubled as Car Salesmen 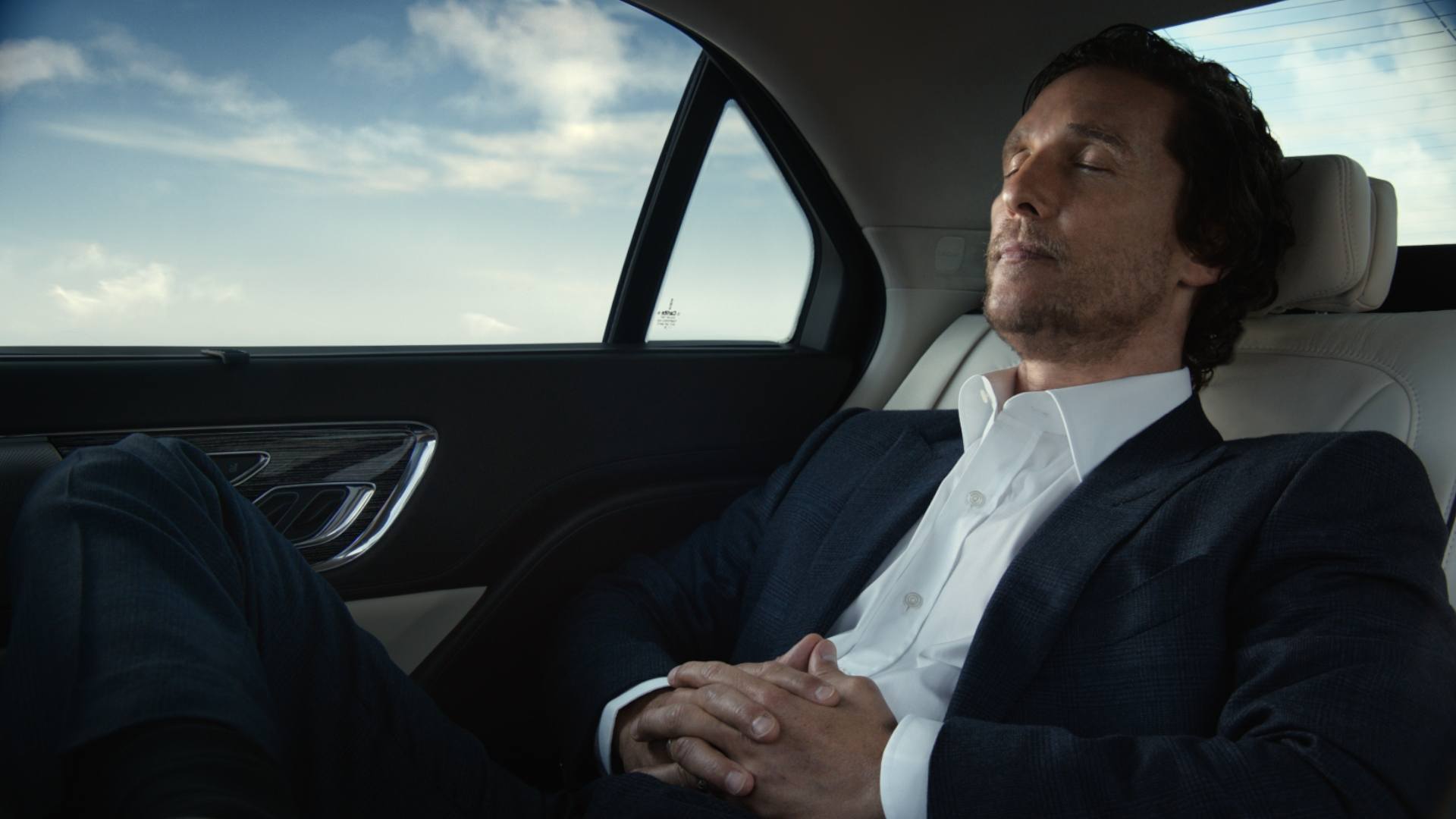 The last time you saw Matthew McConaughey was probably in a Lincoln ad. | Lincoln

Sometimes an ad for something can be just as memorable as the product itself. And no industry knows this better than the automotive industry. Year after year, companies are selling the latest and greatest cars, while trying to convince millions of people why they need to rush to the dealer and trade in their old car for a new one.

Every now and again, an ad agency catches lightning in a bottle and creates an ad so perfect that it captures the cultural zeitgeist. Or they can just hire celebrities to do the talking for them. Sometimes this works out beautifully (as in the case of our first example). Just as often, these ads fade into obscurity. But thanks to sites, such as YouTube, we have access to all these ads, no matter how much the celebrities who starred in them might want us to forget about them.

And this kind of product pitching is nothing new. Going all the way back to the dawn of television, here are 10 huge celebrities who made a few bucks on the side by selling cars.

For decades, Lincoln was one of the most invisible car companies on the market. Then, in 2014, it seemed like it was everywhere. But it wasn’t because of its cars (though they are becoming very good). It was because of Matthew McConaughey. In these strange, desolate ads, McConaughey delivers obscure monologues in and around Lincoln’s finest. Not only did this partnership inspire a spot-on spoof on Saturday Night Live, it’s become a fixture during sporting events and prime-time TV. With the latest ads out promoting 2018 models, it doesn’t look like the McConaughey/Lincoln partnership is ending anytime soon.

Next: These fictional characters have been busy selling cars over the past few years.

Anyone who’s seen The Muppet Movie knows the Muppets know a thing or two about cars (see: Fozzy’s ’51 Studebaker). And in recent years, they’ve been busy selling them. In 2014, the classic cast of The Muppet Show starred in Toyota’s Super Bowl slots for the Highlander. For 2017, the gang from Sesame Street has partnered with Chrysler to endorse the impressive new Pacifica minivan.

Next: He might be the greatest, but his magic hasn’t helped this car.

Kia has had a healthy relationship with the NBA, with both Blake Griffin and LeBron James pitching the cars. But while Griffin’s Optima has become a fixture of the midsize sedan market, King James’ car has had a tougher time. Kia tapped the living legend to sell its K900, an ambitious luxury car built to compete with the likes of Lexus and Mercedes. Despite the high-profile push, the K900 seems like a lost cause. Through June, Kia has sold just over 250 of them in 2017.

Next: This fictional ad man has been pulling double duty as a real pitchman.

With his career-defining role as ad exec Don Draper in Mad Men, it seems only natural that someone would tap Jon Hamm to be a pitchman. But if you didn’t know that company was Mercedes-Benz, you wouldn’t be alone. Since 2010, Hamm’s distinctive baritone has been the voice you hear on most Mercedes commercials.

Next: This film icon got his start in an embarrassingly stereotypical commercial.

Robert De Niro became one of the biggest stars in the world in the early ’70s, thanks to breakout roles in films, such as Bang The Drum Slowly, Mean Streets, and The Godfather: Part II. But in 1970, he was still just a struggling actor who was hoping for a big break. One of those breaks came in this, um, ethnically stereotypical American Motors Ambassador commercial. AMC may be long dead and gone, but its ad men had a real eye for talent. A pre-fame Richard Dreyfus starred in another ad for the brand around the same time.

Next: This basketball legend became part of one of the most beloved ad campaigns of all time.

Basketball stars have always made for good, high-profile pitchmen. And in the 1960s, few were higher profile than Wilt Chamberlain. Back then, the Volkswagen Beetle was America’s best-selling import, and its ad campaign, masterminded by the Doyle Dane Bernbach agency was largely responsible for it. In 1966, DDB tapped the 7-foot-1 Wilt the Stilt and a teammate to show off the compact car’s roominess in a creative way. The ads were such a success that when Volkswagen introduced the subcompact Rabbit in the late ’70s, it hired Wilt to reprise his role.

Next: This car commercial caused a minor scandal.

The ageless Jennifer Lopez has been a star of Hollywood blockbusters, TV shows, and music. So in its big return to the American market in 2011, Fiat tapped Lopez to star in a commercial that saw her driving around her native South Bronx in a brand new Fiat 500 looking for inspiration. But there was a problem: She filmed the ad on a soundstage in Los Angeles. For an ad campaign that sold the Italian city car on “authenticity,” it wasn’t a good look. The ad caused a minor uproar and was quickly pulled. The J-Lo/Fiat partnership didn’t exactly hurt her career, but she probably wishes that we’d forget it.

Next: This sponsored content was more popular than the car it was selling.

After years of development, Ford was eager to launch its new brand in a big way. On Sept. 4, 1957, it spent a reported $250,000 to sponsor The Edsel Show, a star-studded variety show emceed by Bing Crosby and Frank Sinatra, starring Rosemary Clooney, Louis Armstrong, and Bob Hope. Ford’s televised coming-out party was one of the most successful TV shows of the year, winning an Emmy for Best Single Program of the Year. Unfortunately, the Edsel didn’t fare as well.

Twenty-three years later, Sinatra was tapped by Chrysler to sell its new personal luxury coupe, the Imperial. Unfortunately, that car fared about as well as the Edsel did.

Next: This actor was hired to play up his bad behavior.

After the J-Lo scandal, Fiat looked to a new pitchman to sell its cars. And in 2013, it hired Charlie Sheen. Then one of the highest-paid actors on TV, Sheen was riding high after a bizarre rant about “winning” after being dismissed from the show Two and a Half Men went viral. In an ad called “House Arrest,” Sheen tears through a mansion in the pint-sized (and criminally underrated) Fiat 500 Abarth.

Next: This comedian was really committed to staying in character.

In 2013, Will Farrell and company went back to the ’70s for Anchorman 2: The Legend Returns. But in one of the boldest (and strangest) campaigns in recent memory, Farrell did a whopping 70 ads as Ron Burgundy for Dodge. If the idea of a character from the 1970s selling a modern car sounds a little strange to you, that’s because it is. Four years later, the Durango has barely changed, and the ads are still hilarious.