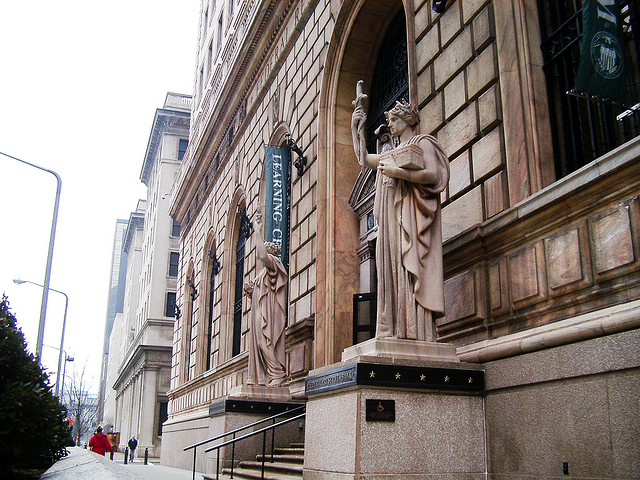 The predictions for 2014′s central banking policy are in. Instead of coalescing around stimulus plans, banks are expected to pursue individual policies and tactics to deal with with uneven global growth and falling inflation. “Policy paths will be dictated by diverging economic trajectories,” co-founder of London-based SLJ Macro Partners LLP, Stephen Jen told Bloomberg.

In the U.S., the Federal Reserve got a head start, deciding in December that the taper would go into effect in January. Instead of purchasing assets at the rate of $85 billion for month, the policy is being reduced to $75 billion each month. In a survey of economists conducted by Bloomberg, the economists speculated that $10 billion decreases would continue, following subsequent Fed meetings. Then, the program could end in December 2014, after having been incrementally scaled down.

When the Fed announced the decision to taper, it cited “the improvement in economic activity and labor market conditions over that period as consistent with growing underlying strength in the broader economy,” as the impetus to act. In the UK, policymakers have been confronted with improving economic data as well, but whether or not the Bank of England will change course is uncertain. The Wall Street Journal reports that the Bank of England’s Governor, Mark Carney, tied low-interest rates to an unemployment level of 7 percent. Only after falling below that threshold would the bank consider a change in policy. Unemployment has been declining, and at last measure was 7.4 percent.

As the 7 percent mark draws near, Brian Hilliard, Chief UK Economist at Société Générale, thinks the Bank may lower it to 6.5 percent unemployment. The consensus is that Carney et. al. will not want to raise interest rates during 2014. The Bank of England is also trying to ensure the UK is not headed for another housing crisis, as home prices have steeply increased recently.

In the Eurozone, interest rates were cut in November 2013. Janet Henry, Chief European Economist, HSBC wrote Monday in the Financial that this move, along with a potential plan for negative deposit rates in 2014, was “unlikely to be very effective and could have negative side effects.” That said, the policies cause less of a stir than the response quantitative easing would receive. However, “that might eventually be needed if growth and inflation projections for 2016 and beyond continue to be cut.” Henry perceives that the Eurozone is “set to continue ‘muddling through’ in 2014.” The growth forecast remains at 0.8 percent, and inflation is still closer to 1 percent, not the predicted 2 percent. The result is that the stabilization of government debt burdens becomes harder.

“It will be a year when inflation is very low, but not low enough for the ECB to resort to QE. And a year when governments, under no serious pressure from markets, can avoid big decisions about how much sovereignty they are truly willing to relinquish as part of future eurozone integration,” Henry stated. In all of these policies, timing is everything according to Bill Street, head of investments for Europe, the Middle East and Africa at State Street Global Advisors in London. “The risks are more skewed in the direction of getting the timing of monetary policy wrong,” Street told Bloomberg. “There are plenty of tools to deal with inflation, but they are out of ammunition for deflation.” As a result, even though central banks are seeking country-specific answers to changing economic conditions, money will remain cheap. The Fed, the Bank of England, and the European Central Bank are all expected to keep interest-rates low in 2014.