Chesapeake Energy: This Bad Weather Is Actually Bad For Business 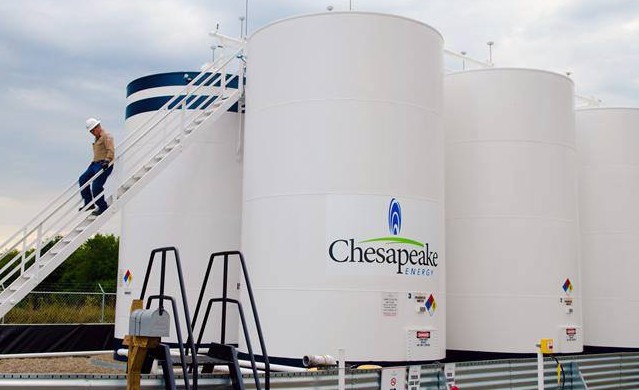 Demand is at an all-time high in the United States thanks to prolonged cold weather (and therefore high power use) in much of the country. Power use is up 5.7 percent on the year for the first week of February, most of it from residential and commercial use.

However, snow and ice can be hell for production facilities. As demand has increased, output has decreased. In the East, where temperatures have been far below average, working gas levels have fallen below the five-year range. Even in a scenario in which withdrawals from reserves slow down, working gas levels in the region aren’t expected to return to the average range until the end of March.

The EIA rports that a 262-billion-cubic-foot withdrawal of natural gas from storage placed total storage levels in the lower 48 states below 2 billion cubic feet. This heating season (November 1 through March 31) has already seen record-high cumulative withdrawals in each region of the lower 48.

Energy companies like Chesapeake can’t do much except bite the bullet. The company reported on Thursday that its output has suffered this winter thanks to the cold. CEO Doug Lawler cited “weather challenges” in a call with analysts when explaining why average daily production for December was 649,000 barrels equivalent, well below expectations. Production is expected to face headwinds through the first quarter. The news helped drive shares down nearly 7 percent on Thursday.

Natural gas was first a boon for domestic energy producers and then an albatross. Hydraulic fracturing, also known as fracking, a process that cracks rock deep underground to release oil and natural gas, made production possible in many previously untapped shale fields, sparking a land grab.

However, during President Barack Obama’s tenure in the White House, soaring production of natural gas from horizontal drilling and fracking has pushed supplies to record highs for many years. The boom in domestic production of both oil and natural gas provided the United States with 84 percent of its energy requirements last year, the highest annual level since 1991.