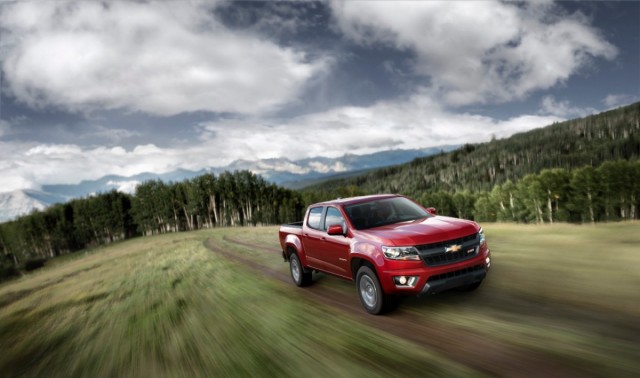 Check it out: Chevrolet (NYSE:GM) has revealed its new Colorado, the midsize truck that’s been built to take on the Toyota (NYSE:TM) Tacoma. And you know what? It looks pretty damn good. It takes enough cues from its Silverado big brother to look rugged and capable but it’s different enough to make it unique and desirable.

But this truck is far more than skin deep, and if anything, it shows that General Motors has in fact been listening to its customers.

Since the discontinuation of the Ford (NYSE:F) Ranger and General Motors’s previous Colorado and Canyon models, the market has been left wide open for the likes of the Toyota Tacoma and the Nissan (NSANY.PK) Frontier. And while the Tacoma has been getting fairly regular attention, the Frontier at this point is a decidedly dated vehicle in need of some love and care.

Not about to be left out of the potential demand for smaller trucks by those who don’t necessarily need a full-size rig with several tons of towing capacity, GM has taken the Colorado that is already in service around the world, gussied it up a bit, and will unleash it upon dealerships next year. 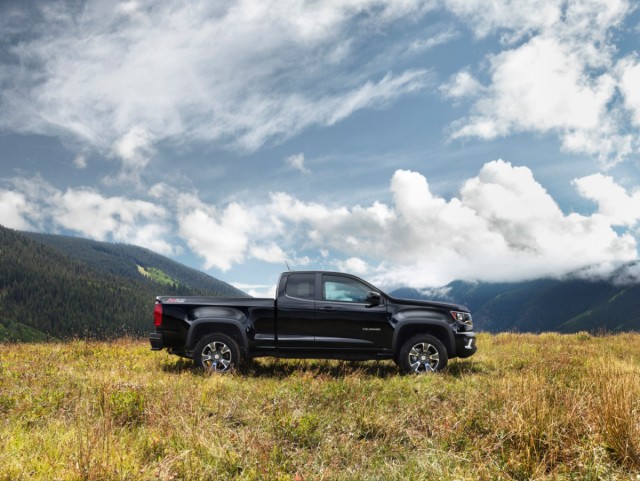 However, there’s more to this truck than just some simple re-engineering of the global model. Alan Batey, Chevrolet’s global brand chief, promises that the new Colorado will be the “most capable, versatile and fuel-efficient pickup” in the United States, according to Autoblog.

Jeff Luke, executive engineer of GM Trucks, told Autoblog that the U.S.-spec Colorado’s underpinnings are actually more closely related to the larger Silverado than to the global Colorado model. Further, depending on trim, the Colorado is reportedly 900 pounds lighter than a comparable Silverado.

When the Colorado arrives, buyers will have the choice of two gasoline options: a 2.5-liter four cylinder and a 3.6-liter V6, both coupled with a six-speed automatic transmission. Though the official SAE power figures are still undisclosed, Chevy estimates that the 2.5-liter unit should put out 193 horsepower and 184 pound-feet of torque, while the 3.6-liter version should issue around 302 horsepower and 270 pound-feet of torque. 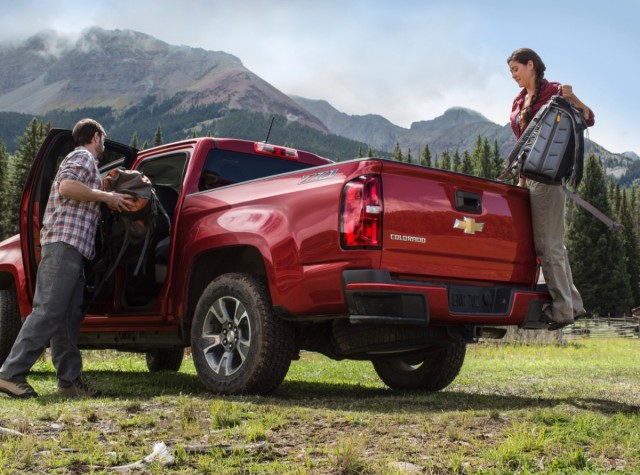 Beginning in the 2016 model year, Chevrolet will be offering the Colorodo with a 2.8-liter Duramax diesel four banger, akin to the unit found in the global model. Again, exact power figures were unavailable, but the Thai version of the engine is reportedly good for 200 horsepower and 368 pound-feet of torque, Autoblog reports.

Of course, the benefits continue to the interior of the Colorado, where General Motors has gone to great lengths to ensure that the cabin offers a comfortable, upscale atmosphere. “LT and Z71 models will get an eight-inch color touchscreen infotainment system, as well as a 3.4-inch driver information screen in the instrument cluster. Chevy’s MyLink system is available, as is the latest OnStar suite of helpful telematic goodies,” Autoblog writes.

Pricing hasn’t yet been released, but expect the base cost of the Colorado to run in the $20,000 range.