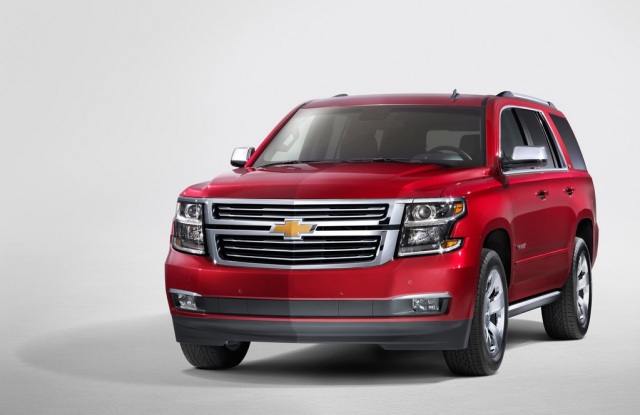 It seems that vast amounts of passenger space and cargo room is going for a premium these days, as it’s been recently reported that General Motors (NYSE:GM) is hiking the prices on its 2015 Chevrolet Suburban and Tahoe models by $1,000 to $3,000, once the vehicles hit showrooms in the coming spring.

Body-on-frame style SUVs — like the Tahoe and the Suburban — have seen their space shrink of the last few years, but the segment still remains a crucial one for automakers’ bottom lines. Big SUVs and pickup trucks are among the most powerful profitable vehicles, thanks to comfy margins.

General Motors did confirm that the company had sent out the 2015 order guides, but it is not yet ready to reveal the pricing on the models in question, Automotive News reports. Each model has been thoroughly redesigned, and boast a new new 5.3 liter V8 engine that’s apparently good for 353 horsepower and 383 pound-feet of torque, an increase from 320 and 335 put out by GM’s departing 5.3-liter V8.

Despite not having a significant update in about eight years, GM has maintained a 44 percent block of market share of the large SUV category, having sold 390,233 units in the first 11 months of this year. No indication was given as to what the pricing situation will look like for the 2015 GMC Yukon and the Cadillac Escalade, but a price hike there too shouldn’t be wholly unexpected.

Since the prices haven’t been formally announced as of yet, there has naturally been no explanation of why the trucks would be commanding a higher premium. Higher prices for new models is usually expected, but generally in smaller increments. Sometimes, on the rare occasion, a new car might start at less than its predecessor.

That’s obviously not the case here. It’s possible that with its new engine and other bits that required further research and development investments, GM is attempting to recoup some of the cash that it has put into developing the new range of vehicles.