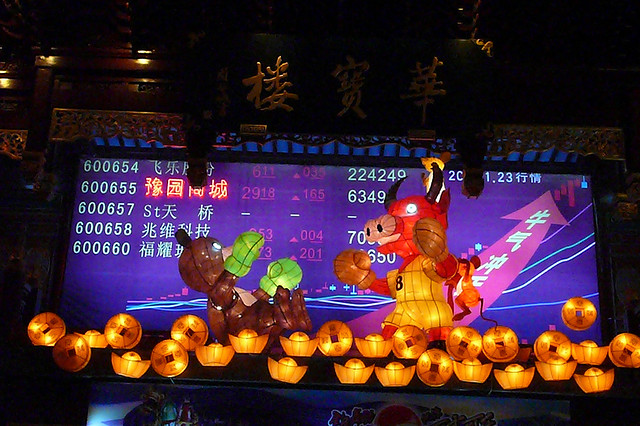 Chinese companies have increased the pace of their investments in the United States, leading to increased security concerns, Reuters reports. The total sum of investments in the U.S. by Chinese companies rose to $11.5 billion in 2012. This is reflective of a growing trend that has seen Chinese firms more willing and more able to put money overseas, especially into America. The sum is the second highest of all time, surpassed only by the investment numbers from 2007.

This has also forced Chinese companies to file additional reports to American regulators: 23 in total for 2012. This is more than twice as much as in 2011 and more than four times as much as in 2010. The alarming growth rate in applications to regulators is in line with the increased investment, but it has some worried that the growth in regulation appears to be outpacing the growth in investment. China is now the country that filed the most with American regulators, passing the United Kingdom for the first time this past year.

The data come from a report issued by the Committee on Foreign Investment in the United States, a group run by the Treasury Department. Recently, the group has attempted to stop the Chinese acquisition of a group of wind farms that are close to an American naval facility. However, the committee gave the green light to the Chinese pickup of Smithfield Foods, the largest producer of pork in the world, despite concerns over food safety from some advocacy groups that were worried about future quality of the meat.

One note from the committee’s report pointed out that it no longer sees the strategic investment of foreign companies coordinated on a national level as posing a security risk to the United States, a change from its position a year ago. Economic warfare can be one of the most devastating and powerful forms of conflict, and sovereign involvement in corporate affairs has a long history of causing international relations gaffes. Whether it has really come to an end in today’s global economic climate is still up for debate.

For now, China appears to be focused on its own set of near-term issues, Bloomberg reports. With stocks in the country steadily declining for nearly two weeks, the nation appears to be in a cash crunch, with money hard to come by and interest rates on the rise. With the government trying hard to keep rates from rising, it seems as if even the Chinese state may have trouble fighting back against market forces at the end of the day.