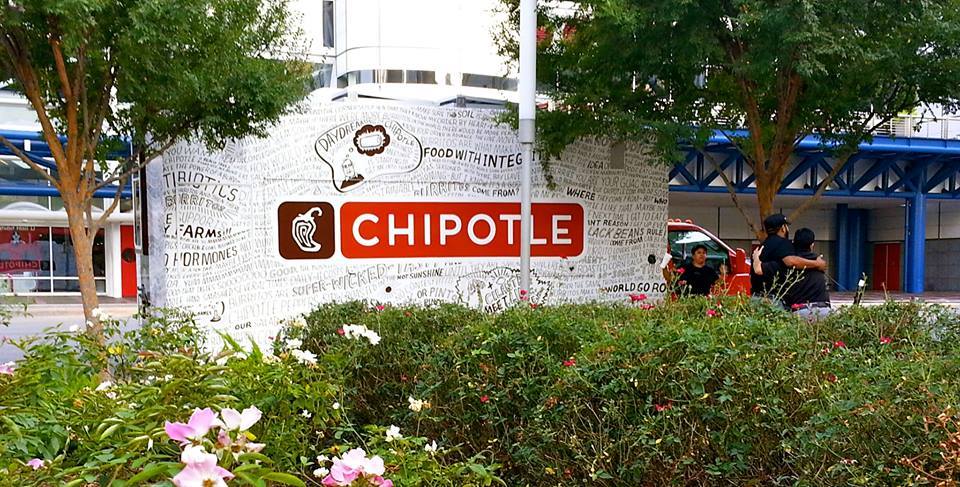 Consumers are increasingly demanding healthier, more natural, and organic foods. These demands are changing the restaurant and the food industry, as companies are working to develop and meet the new demand. Chipotle Mexican Grill (NYSE:CMG) and Whole Foods Market (NYSE:WFM) are two companies that focused on the changing eating habits of today’s and tomorrow’s consumers, and have experienced tremendous growth by catering to the natural and organic-minded clientele, while fast food giants using giant agribusiness processors for its food products, like McDonald’s (NYSE:MCD), are fighting to stay relevant.

Chipotle and Whole Foods Forcing Others to Offer Healthier Products

Since companies like Chipotle and Whole Foods have given the public the ability to buy healthier products, some of the biggest food companies have been forced to change the way they produce food. Today General Mills’ entire line of cereals are made with whole grains, Kraft is removing artificial preservatives from its most popular individually wrapped cheese slices, and Subway felt the pressure and removed a dangerous chemical, azodicarbonamide, from its “freshly baked” bread. McDonald’s even developed the McWraps in the belief that it was going to lose 22 percent of its 18-34 year old customers to what’s perceived as the healthier option — Subway.

As new companies enter the healthy foods arena, the older more established companies will feel the competition, as was seen with Whole Foods in its last quarter. However, I still see both Whole Food and Chipotle as two of the best investments in their sector.

Chipotle is an excellent example of a company that has found great success in taking its commitment to serving good quality healthier food seriously, and it has resonated with the customer of today as Chipotle continues to see record sales. While the giants of the fast food industry have continued to use hormone-injected meats, GMO wheat, corn and soy, and an overabundance of fat and salt in their foods, Chipotle is trying a different approach: “Food with Integrity.”

When possible, Chipotle uses ingredients that are fresh, that are sustainably grown and Responsibly Raised with respect for the animals, the land, and the farmers who produce the food. Unlike most fast food chains, which keep quiet about the meats they use, Chipotle wants the customers to know its cattle are growth hormone-free, and the pigs and chicken are fed an all vegetarian diet and are also free of antibiotics, though the company has admitted that finding antibiotic-free chickens can be a difficult task. Late last year, the company announced its plans to operate GMO-free by the end of 2014.

While it’s great that Chipotle’s food has found a cash cow in selling fresh and natural Mexican food, its success could really come down to a very successful business model for today’s fast casual food industry. Chipotle restaurants opted not to hide its food prep area, but allow the customers full view of the operation. Customers order in an open-air assembly line, much like Subway does, where they can see the fresh ingredients in front of them for their choosing. The line moves quickly, and for less than $10, one gets a tasty and very filling burrito, with the freshest of natural ingredients, and big enough to last for two meals.

Chipotle currently has 1,595 restaurants operational, and plans on opening an additional 180 to 195 new location in 2014. While traffic has increased, comparable sales grew at 5.6 percent, the future driving force for Chipotle, I believe, will be expansion of its business model into other types of fast casual foods. The company has already been testing two new concepts. Its first venture into new brands is ShopHouse, a Southeast Asian inspired fast casual restaurant. ShopHouse is run similarly to the Chipotle restaurants where the kitchen is open and customers line up cafeteria style, and for less than $10 can select a big bowl of various fresh and natural rice items, noodles, meats, and vegetables.

I will have to admit that ShopHouse took me back to the wonderful fresh flavors I enjoyed sampling the street food in both Singapore and Kuala Lumpur, but this article is not a restaurant review, and from a business standpoint, I have my questions on just how big and how fast such an exotic restaurant brand can grow. Americans were familiar with Mexican food, though a greasier version. Chipotle was able to introduce the masses to a healthier, natural, and more flavorful (though some debate this) cuisine that they already enjoyed. However, with Southeast Asian street food there will be quite a learning curve for the masses as the fresh flavors, though bold and spicy, are quite foreign to most. Frankly, I do not see ShopHouse as more than a specialty brand for Chipotle that will cater mostly to the more cosmopolitan customer.

However, Chipotle is developing a brand that could one day match its original staple business in size. The company has entered the $32.5 billion pizza industry with its first such endeavor, Pizza Locale. Pizza Locale will be run with the same business model as Chipotle, where customers have full view of the kitchen and select their toppings down the assembly line, and in two minutes they have their piping hot pizza. This concept could be the next gold strike for Chipotle, as the quick baking custom artisanal pizzas have taken off with such chains as Pieology or PizzaRev. The market has become so popular that the fast-growing sports concept restaurant, Buffalo Wild Wings (BWW), recently branched out to invest in PizzaRev.

There is no doubt that the share prices can make one squeamish, but Chipotle has no debt, $300 million in cash and equivalents, and continues to experience double-digit growth. Also, if CEO Steve Ells can do for pizza and southeast Asian street food what he did with Mexican food, Chipotle will continue to beat analysts’ estimates, and the stock could run much higher.

Whole Foods Market is the largest natural food supermarket chain in the U.S. What started in Austin, Texas as a test concept to run a health food store like the larger conventional markets has ballooned into a 400-supermarket chain with a market cap of $19.43 billion. Whole Foods was not built on the value customer, but with the belief that the customer was willing to spend more on healthier and organically grown products. The company was correct — people did shell out far more than if they shopped at a conventional market, and the baby boomers and millennials flocked to the stores throwing down what money they had to for organic and natural products.

While the company has gained the nickname “Whole Paycheck,” in the past five years the stock soared over 950 percent. However, success fuels competition, and Whole Foods, which was the darling of Wall Street, is now beginning to feeling the pinch by young upstarts like Sprouts Farmers Market (SFM), a growing supermarket chain that also carries natural, healthy, and organic foods, and proclaims “Healthy Living for Less.” The added competition from Sprouts, along with mainstream markets like Kroger and Costco offering more organic and natural products, has put pressure on Whole Foods to lower its pricing structure where it previously enjoyed a 4 percent profit margin, almost 6 times higher than the industry average of 0.07 percent.

On February 11, Whole Foods reported first-quarter revenue of $4.24 billion, up 9.9 percent on a YTY bases, but below Zacks estimate of $4.3 billion. The company posted a $0.42 EPS, just shy of consensus estimates of $0.44 EPS, and well below $0.78 EPS compared to the same quarter the previous year. The company lowered its forecasts for 2014 same store sales to grow between 5.5 percent to 6.2 percent. Previously, the company estimated a 5.5 percent to 7 percent growth rate. Analysts expect that Whole Foods Market will post $1.63 EPS for the current fiscal year.

I actually see Whole Foods stock now as a good entry point. The company might not be used to such new competition, but competition is good and it will force the company to stay relevant, and price some of its product more competitively. I think it’s been proven that today’s customer wants healthier food, but if they had options they’d look for value too. That is what Sprouts and other stores now bring to the table. Whole Foods it trying to change its image as an overpriced grocery chain, and is looking to attract the lower income customer who opted for more value markets.

Whole Foods ended the quarter with $1.5 billion in cash and investments, and it plans on opening between 33 and 38 new stores in 2014 with a goal to have 1,200 locations in the U.S. I wouldn’t count this stock down for too long, as there’s still plenty of room for Whole Foods to grow, though probably not at the rate Wall Street was used to.

Chipotle keeps beating street estimates giving the public what it wants: healthy and fresh casual foods that are free of additives and artificial ingredients, at a low price. While the stock looks expensive compared to one year ago, next year these levels may look like a bargain. I’m a firm believer that Whole Foods will be for the foreseeable future the undisputed leader in the healthy, natural, organic food market. I like that the stock has dipped and now has a much better entry point, which can make it an excellent stock for one’s portfolio. However, I am intrigued with the young aggressive chain, Sprouts; but the stock is not for the faint of heart. I can see it having major swings back and forth, and due to such competitive pricing the company has little room for error. I think over the next few years investors will reap solid gains, but buy on the major dips.