Chipotle Hikes Prices, Will We See the Same in the Stock? 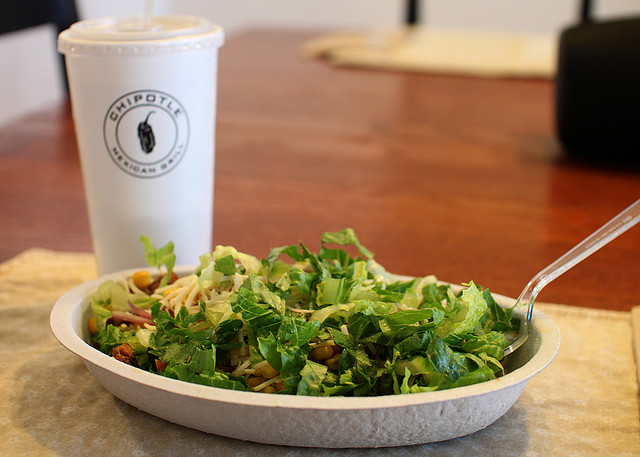 Recently, Chipotle Mexican Grill (NYSE:CMG) announced its first-quarter earnings numbers. While revenues climbed by 24 percent, profits rose by just 8 percent. There were a couple reasons for the disparity, but a big one was price inflation. The company’s costs rose and it didn’t pass these increases on to customers. As a result, the company’s stock weakened. In response, the company announced that it was going to raise its prices. Will it work, and will it help boost the company’s languishing stock?

Raising prices is generally a mixed bag for any retailer or fast-food service provider. On the one hand, the bulk of the price increase goes directly to the bottom line. This can counter the negative effect of rising commodity prices. On the other hand, raising prices alienates consumers. They may be used to paying a certain price and then decide to shop someplace else when they see the price increase. A company in Chipotle’s situation has to evaluate both sides of this coin in making such a decision.

Ultimately, I think the company made the correct decision. First, the decelerating profit growth and declining margins makes the stock particularly unappealing. Shares currently trade at over 40 times earnings, and yet the company grew earnings at just 8 percent in the first-quarter year-over-year. While this is not the end of the world if it happens once, if it happens again investors who own the stock for its growth may become frustrated and decide to sell. By raising prices, the company saw a glitch in Wall Street’s investment thesis and immediately sought to rectify it. This shows that management is committed to its long term shareholders.

Second, agricultural commodity prices are rising a lot. Not only are the staple commodities — such as grains, sugar, and meats — rising in price, but more specialized products, particularly those that grow in California which has seen dry weather, such as limes and avocados are rising, and they are rising pretty dramatically. While a company like Chipotle could absorb the higher costs for now, it cannot do so forever. If the company wants to avoid discouraging customers, it is better off raising prices a little bit at a time than waiting until it needs to raise prices and then hiking them dramatically.

Third, Chipotle has a lot of brand value. Customers recognize Chipotle and they know that they are getting quality when they order Chipotle food. Meanwhile, rising commodity prices impact all restaurants. They are all faced with the same decision, yet Chipotle is able to compete on more than just price. As a result, Chipotle will likely suffer fewer customer losses than is competitors, and in the long run it may end up better off.

Given these points, I think Chipotle made the right move. However, I still think the stock is too expensive from the perspective of a value investor. Even if we assign the company a premium valuation for its brand recognition and its growth potential, 40 times 2014 earnings estimates is too much to pay. I suggest that investors who are looking to take a long-term position in Chipotle wait for a better entry point. Considering that growth stocks have been correcting recently, I think investors will get a better entry point.

Furthermore, now that the company has decided to increase its prices, there is some risk that it will lose customers. While I have argued that this was probably the right decision we have yet to see tangible evidence of this in the company’s sales figures. Whenever you have a company that trades with a premium price to earnings multiple, the probability of a downward spike on an earnings miss heightens.

Now that there is a new element of uncertainty, I think this probability is even greater in Chipotle shares. This risk is even greater considering that analysts are very bullish: they have an average price target of $610/share and, according to MarketWatch, there aren’t any bearish analysts. From a contrarian perspective this is dangerous, and I would be careful in the stock.

With these points in mind, there is no denying that Chipotle is one of the best run publicly traded companies, and it does deserve to trade with a premium valuation. Investors who want exposure should consider taking a position in the mid $400s, which is an area of support.

Disclosure: Ben Kramer-Miller has no position in Chipotle Mexican Grill.