Citigroup Digs Into Whole Foods, But Is It Worth the Bill? 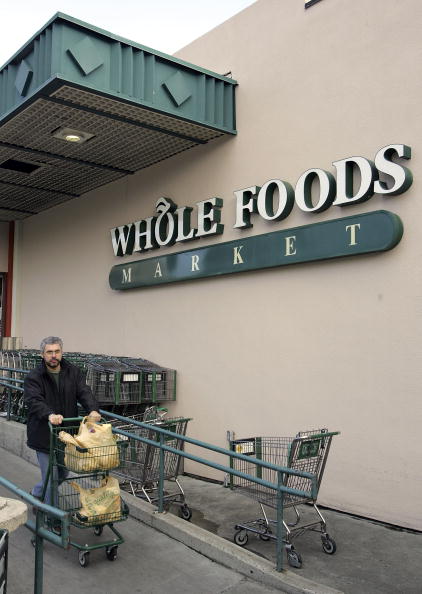 On Thursday, shares of Whole Foods Market (NYSE:WFM) soared by nearly 5 percent as an analyst from Citigroup (NYSE:C) came out with a report suggesting that the stock could trade up to $48/share from yesterday’s close of $38.50/share. The analyst believes that the company can increase its sales and earnings per share at 10 percent and 12 percent, respectively.

Despite this conviction, I think investors need to question the growth assumptions put forth by Citigroup. The problem isn’t so much with the revenue growth number, but rather with the earnings per share growth number. Whole Foods has had no problem growing its sales. People in the U.S. want to buy healthy foods, and they are willing to pay a little extra for organic produce and meat products that aren’t laced with hormones and antibiotics.

The problem is that the company has had a difficult time converting sales growth into profit growth. This has been a problem over the past couple of quarters, and it has been largely responsible for the 30 percent year-to-date decline in the stock.

There are two reasons that the company is having trouble converting sales growth into profit growth. The first is rising operating costs. The company has to pay more now than it did in previous years for produce, meat, electricity, and other things. This has been a problem that has hit retailers at large, and Whole Foods hasn’t been immune. Retail companies have been forced to choose between raising prices and risk losing business, or not raising prices and seeing margin compression.

Whole Foods has clearly raised its prices for some things but this has not been enough to overcome rising costs. As a result, the company’s margins have compressed. In fact, in the most recent quarter the company reported roughly 10 percent sales growth but flat profits — a clear example of the problem at hand.

The second problem is competition. Retail is generally very competitive, but the grocery segment is hyper competitive by comparison. You can buy groceries all over the place — grocery stores, big box retailers, convenience stores, “mom and pop” butcher shops or produce operations, and so on. This is reason enough to simply avoid the grocery sector as an investor.

For a long time, however, Whole Foods was able to buck this trend. It had carved itself out a market niche by selling high quality meats and produce and by appealing to America’s rising health consciousness. This proved to be an excellent business model for many years, although it lacked one thing: an economic moat. Any grocery store can market to customers in this way, and seeing Whole Foods’ success, many entrepreneurs have done just that. There now several successful chains that have mimicked the Whole Foods strategy, and this means that Whole Foods is losing its market niche and by extension its pricing power.

Now it is getting even worse for Whole Foods. Not only are companies such as The Fresh Market (NASDAQ:TFM) and Sprouts Farmers Market (NASDAQ:SFM) usurping Whole Foods’ dominant position, but “regular” grocery stores and big box retailers are attempting to compete in the organic and high quality food space. Whole Foods can do nothing to stop this, and it is being forced to lower its prices in order to compete.

In many ways, Whole Foods is still a best in breed business. The problem is that the industry is extremely difficult from an investment standpoint. So from an investment standpoint, one has to ask: why bother? There are so many quality investment choices out there in companies that have strong cash-flow, predicable business models, economic moats, and minimal competition. While Whole Foods and other grocery stocks may make for interesting speculative or trading positions, it should be avoided by investors.

Disclosure: Ben Kramer-Miller has no position in Whole Foods or in any of the stocks mentioned in this article.