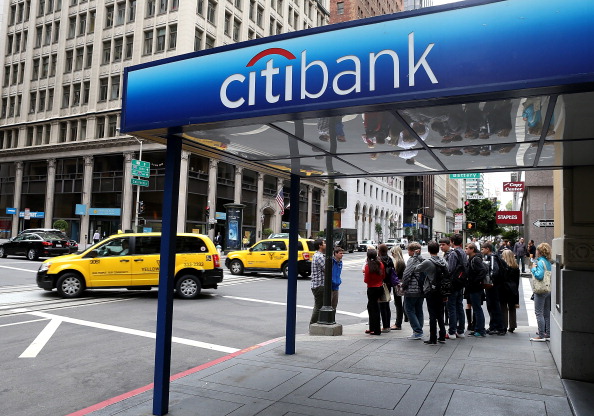 Noting that Citigroup (NYSE:C) had failed to correctly measure potential risks to its operations during a severe economic recession, the Federal Reserve rejected the bank’s capital redistribution plan last week, meaning management will be unable to increase the quarterly dividend from one penny to 5 cents or repurchase $6.4 billion worth of stock. The decision was seen by some market watchers as a sign that the central bank believed the institution was too big to be managed effectively.

Instead of being able to build investor confidence in the bank’s restructuring efforts through a redistribution of capital, the bank disappointed investors. Through sources familiar with the financial institution’s concerns, The Wall Street Journal learned that Citigroup — the third largest U.S. bank by assets — has warned investors that the bank may miss a key profitability target next year. That miss can be directly linked to the bank’s failure of this year’s annual stress test.

In March 2013, just five months after being appointed chief executive officer, Michael Corbat told shareholders he planned to increase the bank’s return on tangible common equity to 10 percent or more by 2015. At the time, the bank’s adjusted return on tangible common equity stood at 7.9 percent, and it rose to 8.2 percent last year. While that measure is not a headline earnings figure like revenue, the ratio of profit to equity owned by shareholders does allow investors to compare banks’ profitability. If more capital was distributed to shareholders, that key measure of profitability would have risen.

While it is possible that Citigroup could achieve the promised adjusted return on tangible common equity by improving overall profit, investors will still not see a dividend increase until 2015 at the earliest.

It is no surprise that investors have not reacted well to the news that Citigroup failed the Fed’s 2014 stress test; shares have declined by as much as 7 percent since the rejection was announced. Citigroup’s investor relations department told shareholders to lower expectations, according to the Journal. In reaching out to investors in this manner, Citigroup has shown the degree to which the central bank and its increased regulations have haunted banks and their shareholders, even five years after the financial crisis.

The fact that Citigroup could potentially miss the profitability target “disappoints me,” Anton Schutz — president of the asset-management firm Mendon Capital Advisors, which owns Citigroup stock — told the Journal. “When you decide to change the CEO of a company, and one of the goals is to improve the relationship with regulators and it doesn’t happen, that’s disappointing.”

Failing the stress test is another stumble for Citigroup and a setback for Corbat, who has tried to rehabilitate the bank by limiting its exposure to risk and cutting costs. The bank is currently reeling from the discovery of fraud in its Mexican unit, which has forced the company to adjust earnings and prompted questions regarding the bank’s global risk controls. Citigroup suffered huge losses during the global financial crisis, necessitating a massive stimulus package by the U.S. government in November 2008.

Corbat replaced Vikram Pandit in late 2012, after the bank’s capital plan was denied for the first time. Pandit, whose tenure encompassed the financial crisis, was fired, as Citigroup’s board of directors feared his poor management and execution hurt the bank’s credibility with investors.

From December 11, 2007, the day Pandit was named CEO, and his departure on October 16, 2012, the bank’s stock plummeted a split-adjusted 89 percent. For a time, it seemed the leadership change at Citigroup was elucidating fundamental changes within the bank’s operations; it passed the Fed’s 2013 stress test and its stock soared as a result. But 2014’s failure has already prompted investors to speak out against the management style of the bank’s leadership.

As part of Citigroup’s quest for profitability, bank management has been working to resolve its ongoing crisis-era legal problems. Like JPMorgan Chase (NYSE:JPM) and Goldman Sachs (NYSE:GS), the bank has faced accusations from investors who suffered losses from mortgage-based securities sold from 2005 to 2008. The financial institution announced Monday that it agreed to pay $1.13 billion to settle claims brought by a group of 18 institutional investors who demanded that Citibank buy back billions in residential mortgage-backed securities. As a result of this deal, the bank will take an approximately $100 million charge in the first quarter.

“This settlement resolves a significant legacy issue from the financial crisis and we are pleased to put it behind us,” Citigroup said in a press release.