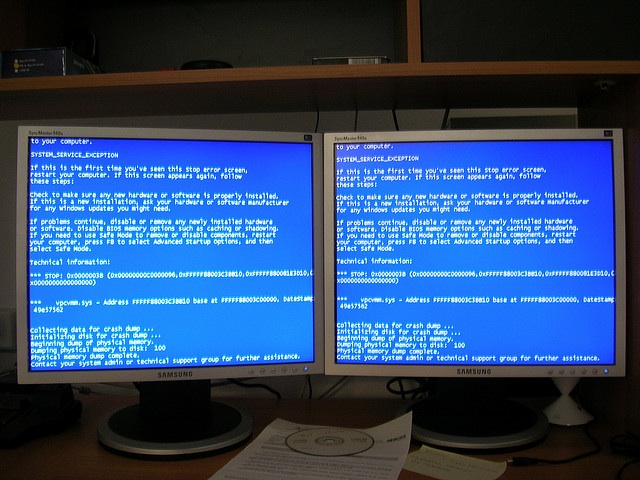 The Affordable Care Act was a piece of legislation meant to be the landmark achievement of Barack Obama’s presidency. But software errors and design flaws plagued federally-created online insurance marketplaces — the cornerstone provision of the healthcare reform — during their first weeks of operation caused hours-long wait times, preventing potential customers from creating accounts and completing the 30-step enrollment process, and sending insurers the wrong information. Those malfunctions forced the administration to scramble to ensure the federal websites could work as intended before it could ever hope to reverse the tidal wave of criticism and political backlash that the error-riddled, October 1 launch of the insurance exchanges engendered.

In 2011, the Centers for Medicare and Medicaid Services, the government agency responsible monitoring the construction of the federal exchange system, hired CGI Federal — the American subsidiary of the Canadian-based technology firm, CGI Group (NYSE:GIB) — to build one of the most of the most complex computer system the federal government has ever attempted to set up. Yet, as testimony before congressional panels and email correspondence between CMS staff on the contractors revealed, it was CGI Federal’s failure to deliver on a few important tasks that was largely responsible for Healthcare.gov’s disastrous launch, which President Barack Obama called one of his “fumbles” and Health and Human Services Secretary Kathleen Sebelius described as a “debacle.” Now, three months after that debacle, the Obama administration has fired CGI Federal.

As repairs to Healthcare.gov are still ongoing, federal health officials are prepared to sign a 12-month, $90-million contract with Accenture (NYSE:ACN) next week, sources told the Washington Post. While it has never done any significant work on a federal health care program, Accenture, one of the largest IT consulting firms in the world, built California’s health insurance exchange. Covered California is the largest of the 14 state-run insurance exchanges, but it has operative relatively smoothly since its launch, enrolling more than 400,000 individuals as of December. Another of the government’s Obamacare contractors, Quality Software Services — the unit of UnitedHealth (NYSE:UNH) that became Healthcare.gov’s general contractor in late October — will remain involved for at least another year.

CMS spokesperson Aaron Albright would not confirm to the publication whether the agency had switched IT contractors. Since the CGI’s contract is set to conclude at the end of February, CMS is able to make the switch now. Sources told the Post that the problem was that the federal government had become frustrated with the pace and quality of CGI’s efforts to repair coding problems. In particular, half of the new software code written by the contractor has failed on the first attempt, according to internal documents obtained by the publication.

Government officials’ testimony before congressional oversight panels give the impression that time constraints contributed to the technical problems of the exchanges, while contractors maintained that the federal government had adjusted web portal’s design just one month before the October 1 debut. Late last summer, company executives had told CMS they could deliver a functioning — though scaled-back — version of the marketplaces by launch date. Yet, the Obama administration was forewarned by federal contractors that the federal health care exchange was not ready for enrollment one month before they were scheduled to go live, and a week before the company had not yet completed a number of important tasks. No one reason may explain why healthcare.gov — ostensibly the largest priority of the Obama administration — was not ready nearly 3 1/2 years after President Barack Obama signed the Affordable Care Act into law.

Of course, ineffective management from the White House and ongoing political disputes were contributing factors, slowing down important policy decisions. Plus, no single person at CMS or in any other division of its parent agency, the Department of Health and Human, managed the project full time. But, documents and interviews that have been leaked or released to a variety of publications make clear that CGI made repeated mistakes.

On October 1, it was not immediately obvious how serious the website’s problems were. Three years in the making, the federal exchanges — just like the 14 state-run exchanges — were meant to allow consumers to comparison-shop for health insurance policies in online marketplaces, which were designed to give individual customers collective bargaining power, fostering competition and driving down prices. Shopping for those insurance policies were meant to be as easy to use as Amazon.com. The administration was so confident that the marketplaces would be success that Sebelius said on the eve of the launch: “we’re about to make some history.”

When the site went live at midnight, teams of technology experts monitored the activity and Todd Park, the White House chief technology officer, kept his eye on traffic numbers. By morning, White House Chief of Staff Denis McDonough was relieved to hear that “the traffic is really high,” according to the New York Times. That website traffic was high gave the administration some piece of mind; enrollment numbers had been a primary concern.

However, technicians at the Herndon, Virginia offices of CGI Federal knew a problem was developing; it was not high numbers of visitors to website that was causing the growing number of glitches but rather errors were appearing in many different areas, and the high traffic exacerbated those problems. The software that assigned particular identities to enrollees and kept their personal information linked to those identities, known internally as the EIdM, was overwhelmed by the high traffic numbers, preventing customers from logging in and creating accounts. Park was called into help, and together, he and the software engineers who built the system attempted to find the source of the glitches. “They kept looking, looking, looking, but there wasn’t anybody moving through the system,” the Times learned through a person familiar with the project.

While Obama was telling the public that “interest way exceeded expectations,” privately, White House officials were wondering whether the website needed to be taken down for it to be fixed. But, eventually, it was decided that the website should remain functioning so that problems could be identified. Website crashes continued throughout the month, and more problems materialized; its data center had inadequate capacity and computer code poorly written by contractors pressured to rapidly adjust to changing government specifications. Many of these problems had not been uncovered because the website had barely been tested before October 1.

It was not until the start of December, administration officials said the the website was largely working for those consumers enrolling in health plans. Compiled by the CMS, a progress report of the progress made in repairing the software errors and design flaws affirmed that the goals set out by the administration were achieved by the deadline of November 30, meaning Healthcare.gov, the $630 million portal that links all 36 federal online insurance marketplaces created by the Affordable Care Act, should be functioning smoothly for most people. From the data continued in the administration’s progress report, along with other anecdotal evidence, Healthcare.gov is working much better than it was in October and early November. Although some problems remain, the website can now handle 50,000 concurrent users as promised and 800,000 users in a single day. Through the end of the year, 1.1 million individuals had enrolled in a “qualified health plan” through the federal marketplaces, with more than 975,000 people signing up through the first three weeks of December.

Meanwhile, CMS’ involvement with Healthcare.gov repairs is ending, as CGI spokesperson Linda Odorisio told the Post, “CGI’s 15-year relationship with CMS will continue, including work on the nearly $37 million in contracts that have been awarded to CGI since October 1, 2013.”