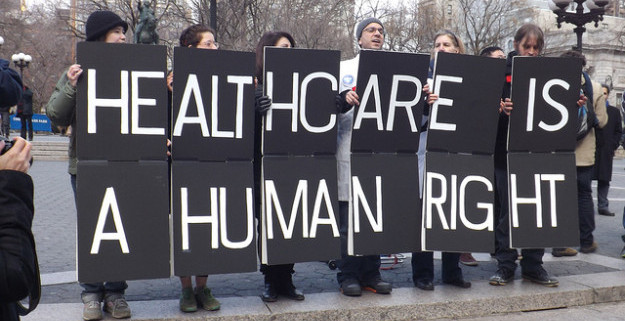 A report on 2012 healthcare spending shows that for the fourth consecutive year, health-related spending in the U.S. exhibited slow growth. Total expenditures rose by 3.7 percent, amounting to $2.8 trillion, or $8,915 per person. Health costs as a share of GDP declined as well; falling from 17.3 percent to 17.2 percent. The analysis was conducted by the Office of the Actuary at the Centers for Medicare and Medicaid Services, and published in Health Affairs.

“The low rates of national health spending growth and relative stability since 2009 primarily reflect the lagged impacts of the recent severe economic recession,” Anne B. Martin, an economist in the Office of the Actuary at CMS stated.  “Additionally, 2012 was impacted by the mostly one-time effects of a large number of blockbuster prescription drugs losing patent protection and a Medicare payment reduction to skilled nursing facilities.”

In 2007, the year-over-year increase in spending was 6.3 percent. Following the recession in 2008, spending grew by 4.7 percent. Since then, the percentage has been between 3.6 and 3.8 percent. The growth during the last four years is the lowest since tracking the National Health Expenditure Accounts began 53 years ago. According to the report, there was little impact from the Affordable Care Act on spending, but certain provisions, like increased Medicaid rebates for prescription drugs did contribute. Four areas of spending growth were identified in the report as cost drivers.

Hospital spending rose by 1.5 percent to $882.3 billion due to price and non-price factors. A 4.1 percent increase in physician, and clinical services amounted to $565.0 billion, primarily because of the type os services preformed in 2012. The price of Medicaid was up, however, 2012 joined 2011 as one of the slowest periods of expansion. Low enrollment, and cost-control efforts by states meant that Medicaid grew by 2.4 percent, hitting $421.2 billion in 2012. Finally, out-of-pocket expenses reached $328.2 billion, a gain of 3.5 percent.

One-time Medicare payment reductions contributed to lower costs for the program overall, and is partially responsible for the reduction seen in nursing and retirement care facilities. Lower private health insurance costs were driven by fewer insurance enrollments. CMS Administrator Marilyn Tavenner called the findings “good news,” in a press release about the report. “We will continue to work with tools given to us by the Affordable Care Act that will both help us control costs for taxpayers and consumers while increasing the quality of care,” Tavenner said.

As previously stated, the Affordable Care Act did have some impact on spending, but a limited overall effect on costs in 2012. A separate analysis, also published in Health Affairs, has projected health care spending after the law is fully in effect.

For 2013, levels will increase by approximately 4 percent, on par with recent years. Then, in 2014, this will rise back up to pre-recession levels, with 6.1 percent growth. It will then be 6.2 percent in subsequent years. The average for 2012-2022 is expected to be 5.8 percent, and in 2022 will reach $2.4 trillion, when federal and state healthcare financing accounts for 49 percent of national health expenditure.