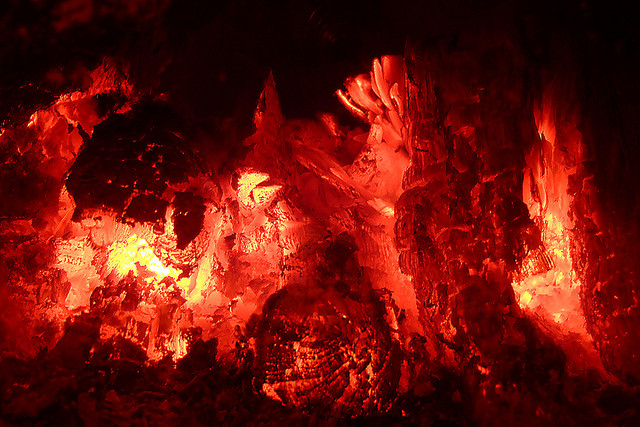 While environmental regulations and cheap natural gas have worked together to kill off coal in the United States, coal is not dead yet. The rapidly unfolding shale gas revolution brought prices down so significantly in recent years that natural gas began to capture market share from coal in a meaningful way. In particular, coal’s share dropped from 42 percent in 2011 to 37 percent in 2012. There were even moments in time in 2012 when both fuels were making up equal percentages of the electric power sector.

Environmental regulations also are steering utilities away from coal. However, although some of the most biting regulations — limits on mercury pollution and greenhouse gases — will force the closure of dozens of coal-fired power plants over the next few years, they have yet to take effect.

That means that the recent rise in natural gas prices has made coal economically viable again, at least for the short-term. Coal took back some lost ground from natural gas in 2013, rising to 39 percent of electric power generation, while natural gas fell from 30 percent to 28 percent. That trend will likely continue into 2014 with natural gas prices now higher than they have been at any time in over two years. The Energy Information Administration predicts that coal’s share of the electricity market will add another percentage point this year, hitting 40 percent. Meanwhile, natural gas could fall further behind as it is projected to fall to 26.8 percent in 2014.

Related article: Four More Reasons to Bet on Coal in 2014

As mentioned above, several environmental regulations have been finalized but not yet put into effect. The Mercury and Air Toxics Standards (or, MATS) rule sets the first federal limits on toxic pollution from power plants. The Cross-State Air Pollution Rule will require upwind states to curb pollution that drifts to other states (although this rule is facing legal challenges). Even though it is difficult to find reliable estimates on how many coal plants will shutter due to these rules because many are closing for a variety of reasons, the Associated Press estimated that EPA rules alone could kill off about 8 percent of the nation’s coal fleet.

Therefore, the coal resurgence may be short-lived. The EIA estimates that with the MATS rule coming into effect in 2015, coal’s share of the electricity market falls back to 38.6 percent, with natural gas rising to 27.6 percent. Moreover, EIA projections are usually pretty conservative and tend to overlook things that could change the overall economic calculus, such as steep drops in the costs of renewable energy. Their models also only include current laws on the books so any legislation or regulation forthcoming could alter the trajectories of coal and natural gas. That means that the slope of decline for coal after 2015 could be steeper than the EIA envisions.

Take this example. The EPA proposed limiting greenhouse gases from new power plants last year as part of the President’s climate plan, and the much more significant limits on existing power plants are being considered by the EPA. If finalized, a massive amount of coal-fired capacity could become economically unviable, as costly carbon capture technology would be too expensive. That would be the final nail in the coffin for coal-fired generation. Yet, in the short-term, high natural gas prices are breathing a bit of life into the coal sector.