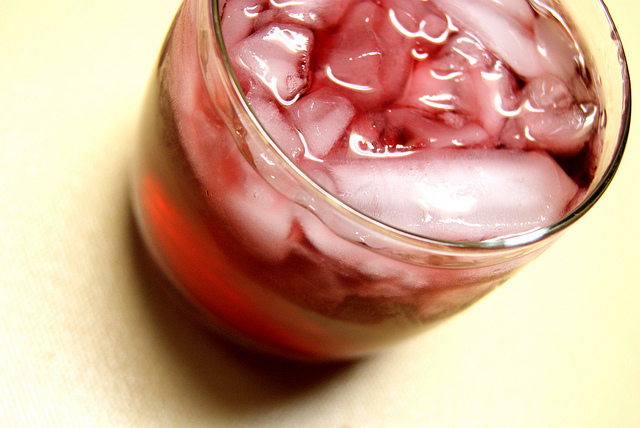 The Coca-Cola Company (NYSE:KO) defended itself in the Supreme Court this week over its advertising of a popular juice under Coca-Cola’s Minute Maid brand. Despite its name, Minute Maid’s Pomegranate Blueberry juice is actually made almost entirely of apple and grape juice, but Coke maintains that it sufficiently informs consumers of the juice’s ingredients by placing on the label that it is a “flavored blend of 5 juices.” The New York Times reported Monday that Justice Anthony M. Kennedy had some virulent questions for Coke lawyers regarding the labeling and marketing of Coke’s juices this week, and he stated that if “Coca-Cola stands behind this label as being fair to consumers, then I think you have a very difficult case to make. I think it’s relevant for us to ask whether people are cheated in buying this product.”

According to The New York Times, Pom Wonderful, which sells pomegranate juice, is suing Coke for false advertising, because as lawyer Seth P. Waxman explained, “The evidence shows that over a third of consumers who look at this label believe that pomegranate and blueberry juice, in fact, are the majority juices.” This offends Pom because the company maintains that its products actually contain real pomegranate juice — much more than a teaspoon in a half gallon.

Minute Maid’s Pomegranate Blueberry label has pomegranate and blueberries placed in front of an apple and grapes. The juice is also dyed dark purple. However, as The New York Times highlights, the beverage contains only 0.3 percent pomegranate juice and 0.2 percent blueberry juice, and that’s where Pom, along with other Supreme Court justices, see a problem.

Kathleen M. Sullivan, a lawyer for Coca-Cola, defended the company’s labeling by asserting that, “We don’t think that consumers are quite as unintelligent as Pom must think they are. They know when something is a flavored blend of five juices and the non predominant juices are just a flavor.” However, Justice Kennedy fired back and said, “Don’t make me feel bad, because I thought that this was pomegranate juice.”

Though Pom and Minute Maid’s case was fresh in court Monday, it has been argued for a while now, and was first presented in the lower courts. According to The New York Times, in its initial run in court, the lower courts took Coke’s side and dismissed Pom’s suit with the argument that Coke had complied with the Food and Drug Administration labeling requirements. Now Coke is back in court on account of the discordancy of two federal laws. One federal law allows private lawsuits over misleading advertising, while another authorizes federal regulation of food labels, and that discordancy is the the crux of Coke’s case.

However, as reported by The New York Times, the court ultimately decided that, with the help of the Justice Department, that federal regulations specifically safeguard Coca-Cola over the naming of its product, and that immunizes it from Pom’s suit. There still is an issue over whether it is ethical for manufacturers to name their juice product based on the juice that flavors the product as opposed to based on the juice that is predominant by volume, but Coke’s lawyer, Sullivan, maintained Monday via The New York Times, “We’re not talking here about safety. We’re talking here about labeling so that consumers have adequate information, at the same time as manufacturers are not put to the burdens and inefficiencies of having constantly shifting labeling standards imposed by juries, which ultimately will cost more to the consumer.”