Commercial Metals: Is This High-Yield Stock Worth the Price? 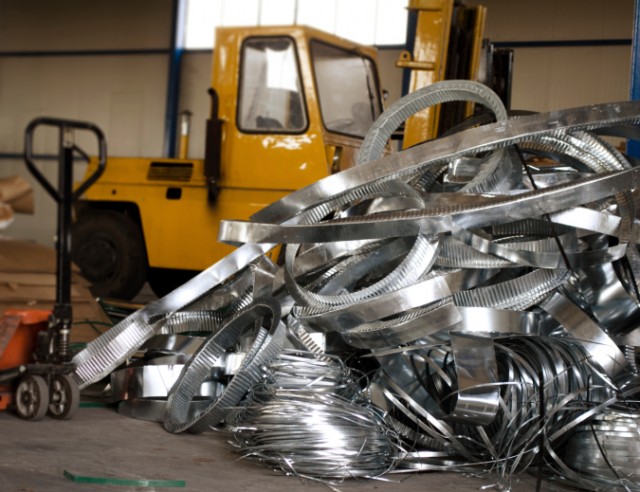 Commercial Metals Company (NYSE:CMC) is a moderately high dividend paying stock that has dropped about 15 percent in the last few months, sending the yield to almost 3 percent. Can this accidental high yielder be bought at these levels? To answer this question we must first understand what the business does and how it makes its money to know if it has the sustainable growth needed to be a rewarding investment.

Finally, the company’s International Marketing and Distribution segment is involved in the sale, distribution, and processing of steel products, industrial minerals, ores, metal concentrates, ferroalloys, and other industrial products to manufacturers in the steel, nonferrous metals, metal fabrication, chemical, refractory, construction, and transportation businesses. Now that we understand how the company operates, we begin to realize it is a company that relies on two things: higher metal prices and strong economic activity. While the latter is debatable, metal prices have been under pressure for some time. How has this impacted the business?

The results for the third-quarter of fiscal 2014 were lifted by seasonal construction activity. We are particularly pleased with the strong results from our Americas Mills segment which recorded the best quarterly adjusted operating profit since our first quarter of fiscal 2009. During the third-quarter of fiscal 2014, we successfully commissioned a new electric arc furnace in Poland. Although final commissioning and debugging is ongoing, we saw positive preliminary results. In June 2014, we acquired a small recycling facility. This acquisition is consistent with our vertically-integrated manufacturing model and will provide a low cost, reliable source of raw material to our steel mill in Seguin, Texas.

According to the CEO, construction activity is picking up. This is exactly what the company needs. As a stock, the technical look bad, but these can be overcome by strong fundamentals. The company’s financial position remains incredibly strong with cash and cash equivalents of $437.2 million and approximately $1.0 billion in total liquidity, compared with cash and cash equivalents of $378.8 million and total liquidity of $1.1 billion last year. Further, the dividend remains intact and this yield is a strong draw to a beaten down stock. The dividend yield can help create a floor in the share price as the more the shares decline the higher the yield, increasing the stock’s attractiveness on the way down. It think as this stock approaches $16 it is looking better as an addition to the industrial/metals section of your portfolio, as the yield will be north of 3 percent.

Disclosure: Christopher F. Davis holds no position in Commercial Metalsand has no plans to initiate a position in the next 72 hours. He has a tentative buy rating on the stock, provided it pulls back to $16. Longer-term he has a $21 price target.