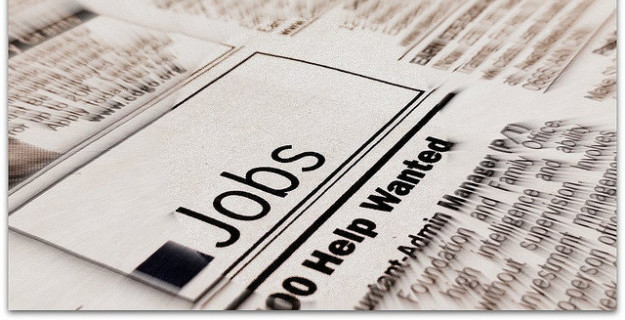 Initial claims for unemployment benefits dropped 31,000 for the week ended September 7 to a seasonally adjusted 292,000 — the lowest level reported since 2006 and a figure that indicates employers have ended the long cycle of elevated layoffs that characterized the 2007 to 2009 recession.

These low numbers confounded analysts who were expecting a modest increase, and indeed, the drop was exaggerated if not completely wrong. The problem is that decline was likely caused by two states — one big and one small — that initiated a computer upgrade preventing officials from processing all the claims they received during the week due, according to a Labor Department analyst.

Since weekly applications for unemployment benefits serve as a proxy for layoffs, recent numbers indicate that employers are refraining for firing workers. Fewer layoffs mean that companies have pared their workforces about as much as possible, which puts employers in position to boost payrolls should business improve. But employers are still behaving as they did during the recession, keeping their workforces — and therefore labor costs — low.

In 2006, jobless claims averaged around 300,000, and they even temporarily dipped below that level. The low level of claims were accompanied by an average addition of 193,000 jobs per month during the first eight months of the year and an unemployment rate below 5 percent. Weekly claims for unemployment benefits rose slightly in early 2007, but remained near the low-300,000 level until the end of the year. However, at the same time, job creation weakened, sinking to 93,000 in the first eight months of the year — an early sign of economic problems.

Even excluding this week’s misleading numbers, jobless claims are now trending down near the low-300,000 range, and with employers’ addition of 169,000 jobs in August, the United States economy has created an average 180,000 jobs per month through the first eight months of the year. But, unlike in 2006, the unemployment rate is much more elevated, dropping to 7.3 percent in August. That disparity shows that employers are not adding as many workers to their payrolls as they normally do after a economic downturn even though the economy should be adding jobs at a much faster rate.

While August represented the 35-consecutive month of job creation, the current pace of employment gains is nowhere near enough to absorb the backlog of unemployed workers. According to the Hamilton Project at the Brookings Institution, it will take more than seven years at the current rate of job creation to close the jobs gap left by the recession. If the economy were to create enough jobs to fill that whole, 300,000 jobs per month would need to be created.

The reason the unemployment rate fell in August was not because the ranks of the unemployed were significantly reduced but because of the number of job hunters that dropped out of the workforce. The share of working-age Americans who were employed or looking for work fell to 63.2 percent last month — the lowest level since 1978.

In the week ended  August 31, the number of people continuing to receive jobless benefits dropped by 73,000 to 2.87 million with those individuals who had used up traditional benefits and collected emergency and extended payments fell by about 40,000 to 1.46 million in the week ended August 24.

As the Labor Department’s August Employment Situation Report showed, the total number of unemployed persons remained little changed at 11.3 million last month while the number of long-term unemployed — those jobless for 27 weeks or more — was relatively unchanged at 4.3 million. Those individuals who have been jobless for 27 weeks or more constitute 37.9 percent of the unemployed, and their numbers have shrunk by only 733,000 over the past 12 months.

The largest increases in initial claims for the week ending August 31 were in Oregon, which saw claims rise by 1,085, Pennsylvania with a 725-claim increase, and Nebraska with 609 — while the largest decreases were in California, which saw claims fall by 4,988, Nevada with a 2,125-claim drop, and New York with 1,259. 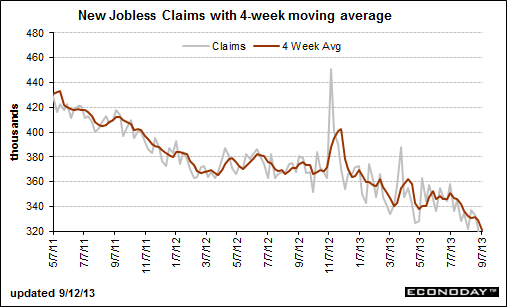