It’s a problem most people don’t ever have. But if you’re taller than average — say 6 foot 2 and up — it’s something that’s constantly on your mind. Will you be able to fit? It doesn’t matter if it’s a pair of pants or that seat in economy class, there’s nothing worse than having to cram your body into a tight space for any period of time. And if we’re talking about cars, there are entire models that are best to avoid. 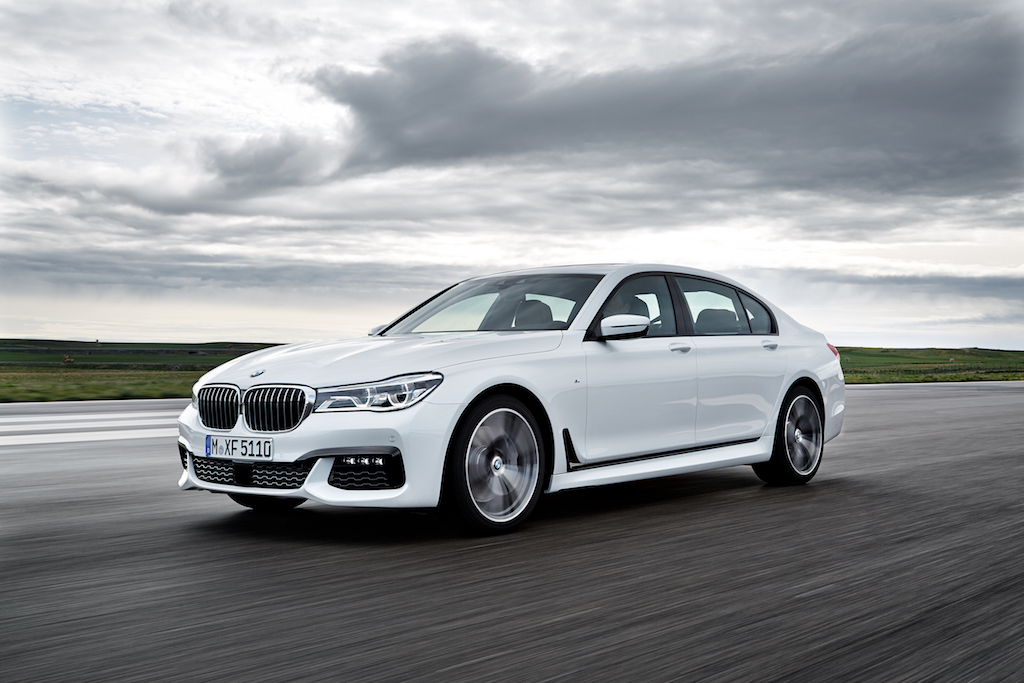 BMW’s full-size flagship is an ultra-luxury, tech-laden sedan that offers a sporty ride and one of the most opulent interiors this side of a Bentley. Perhaps unsurprisingly, there’s also acres of room inside. Surrounded by BMW’s latest gadgets (gesture control for the radio, Bluetooth, HVAC systems, and touchscreens galore), both the driver and passengers have plenty of legroom, regardless of seating configurations.

While the big Bimmer has plenty of room, this German sports car comes up short (no pun intended). The recently redesigned Boxster is a real looker and a joy to drive. But it’s also a Goldilocks car. If you’re too short you can’t reach the clutch, and if you’re too tall you’re uncomfortable and cramped. If you’re anything other than average sized, you might not love this Porsche. 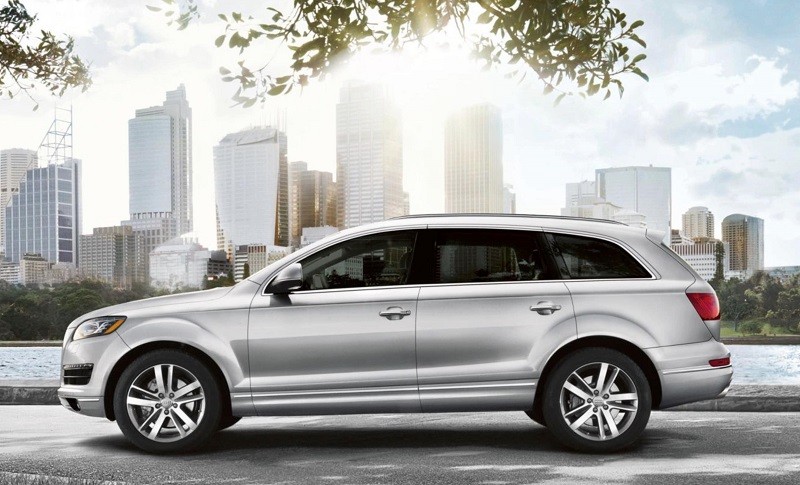 Audi’s big three-row SUV has Teutonic good looks, excellent handling characteristics, good fuel economy, and plenty of room inside. The German automaker has long been known for some of the best interiors in the business, and the Q7 is no exception. On top of excellent materials and fit-and-finish, there’s plenty of room for even the tallest drivers and passengers.

After nearly five years on the market, the Ford Fiesta ST is still one of the most engaging affordable performance cars on the market. Unfortunately, a cramped footwell and upright sport seats can make the ST a little less than comfortable for taller drivers. 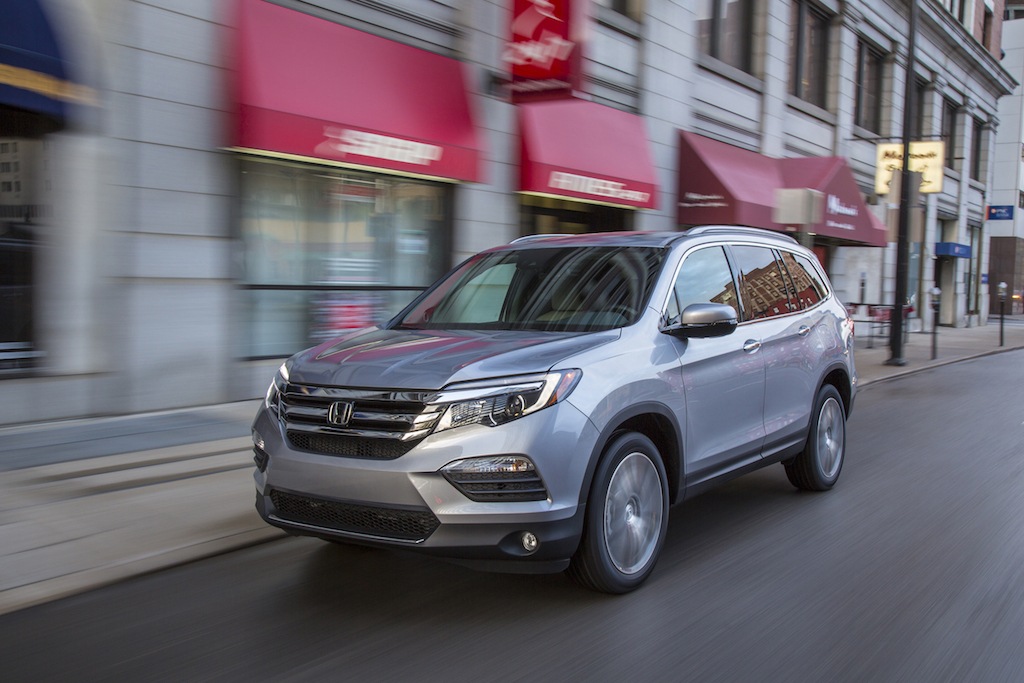 The current Honda Pilot has been lauded by critics and consumers alike for its family-friendly features in a versatile three-row SUV. But on top of room for seven, at least the two up front can be comfortable even if they’re well over 6 feet tall.

The Focus ST is the bigger, more powerful hot hatch for buyers who need a little more room than the Fiesta ST has to offer. Unfortunately, though this hot Ford delivers in the performance department, it’s just as lacking in the space department as its smaller counterpart. Expect a cramped, unforgiving driving position if you’re on the tall side. 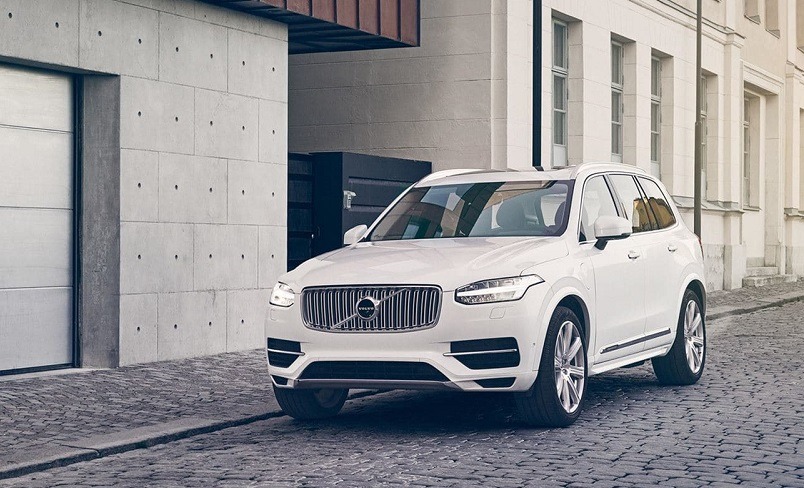 Volvo’s flagship SUV is a powerhouse of design and technology. Inside, its blend of the latest safety and infotainment features with old-world luxury (leather, wood, and metal everywhere) makes it a great place to spend some time. Tall drivers won’t feel claustrophobic here either.

The world’s favorite roadster, at this point the Miata needs no introduction. But though its fantastic powertrain, almost telepathic handling, and gorgeous looks are easy to live with, its cramped interior is another story. With seats that offer limited adjustability and tight headroom from its folding top, the Miata is a tough sell for anyone over 6 foot 2. 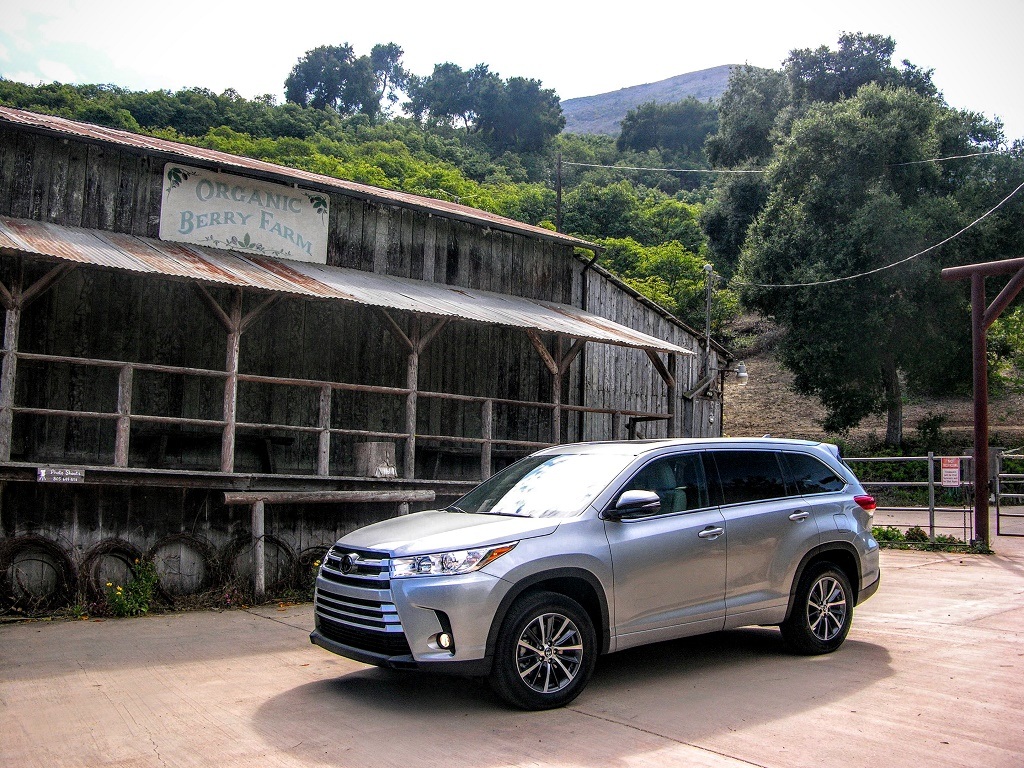 The Highlander is the best-selling midsize SUVs year after year because it seems to do everything well. On top of its strong marks for safety and reliability, its acres of interior room ensures that even the tallest drivers and passengers will be comfortable here.

Now discontinued, Mitsubishi’s subcompact EV was a car full of compromises. It had a limited range (62 miles), was slow (top speed was 80 mph), and wasn’t exactly a looker. It was cramped inside, too. For taller drivers, it wasn’t exactly a pleasant place to be. Thankfully, there are plenty of better electric options out there. 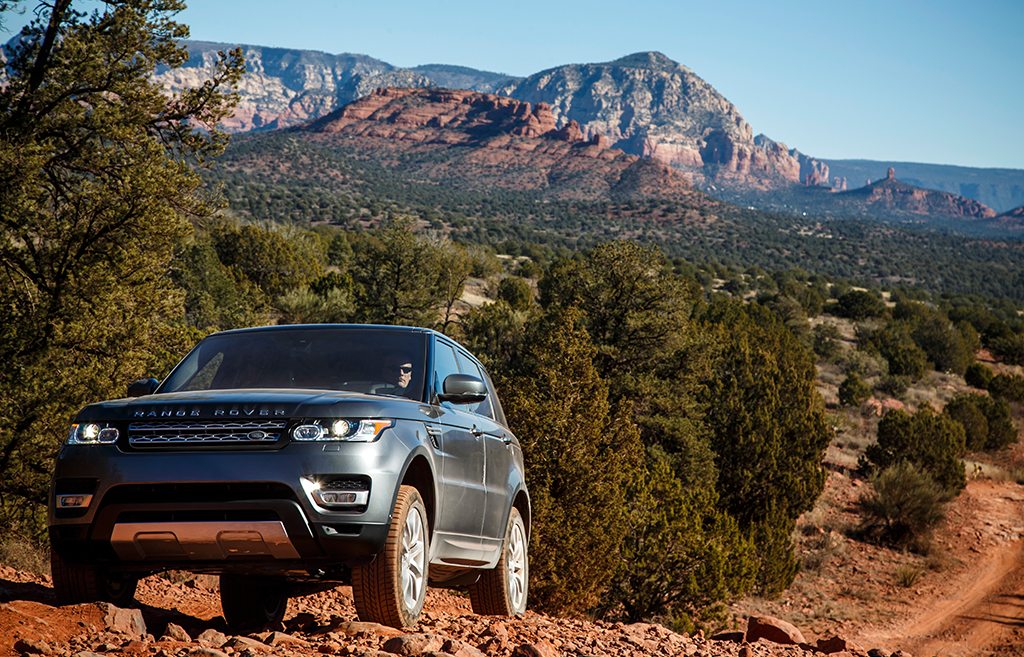 Look at any players’ parking lot at a sports arena: You’re likely to see more Range Rovers than just about any other brand. Not only is the British SUV tough as nails, good-looking, and exclusive, but it also offers plenty of room for tall drivers.

Toyota’s midsize pickup is prized by owners for its go-anywhere size, robust mechanics, and hard-wearing interiors. These trucks hold their resale value better than just about anything else out there. But when it comes to head and legroom, the Tacoma leaves taller drivers feeling hemmed in. 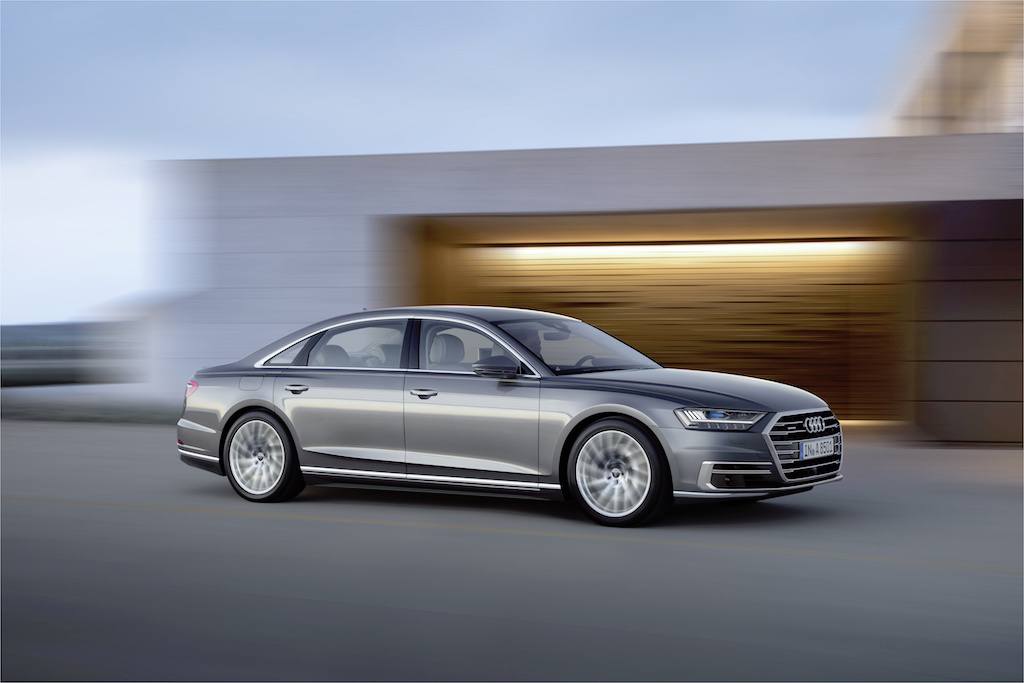 Like the BMW 7 Series, the Audi A8 is a fast, good-looking full-size luxury flagship sedan. But it’s also just as roomy. While Audi builds an extended wheelbase model, there’s enough space inside for drivers and passengers to spread out in comfort. As an added bonus, the A8 delivers near-sports car levels of performance should the mood strike you.

At this point, the Yaris is good, old-fashioned transportation. It’s a small, no-frills hatchback. That means it’s economical to run, good on gas, and reliable. But that’s just about where the positives end. Tall or not, Toyota’s buzzy little compact is frustratingly cramped inside. 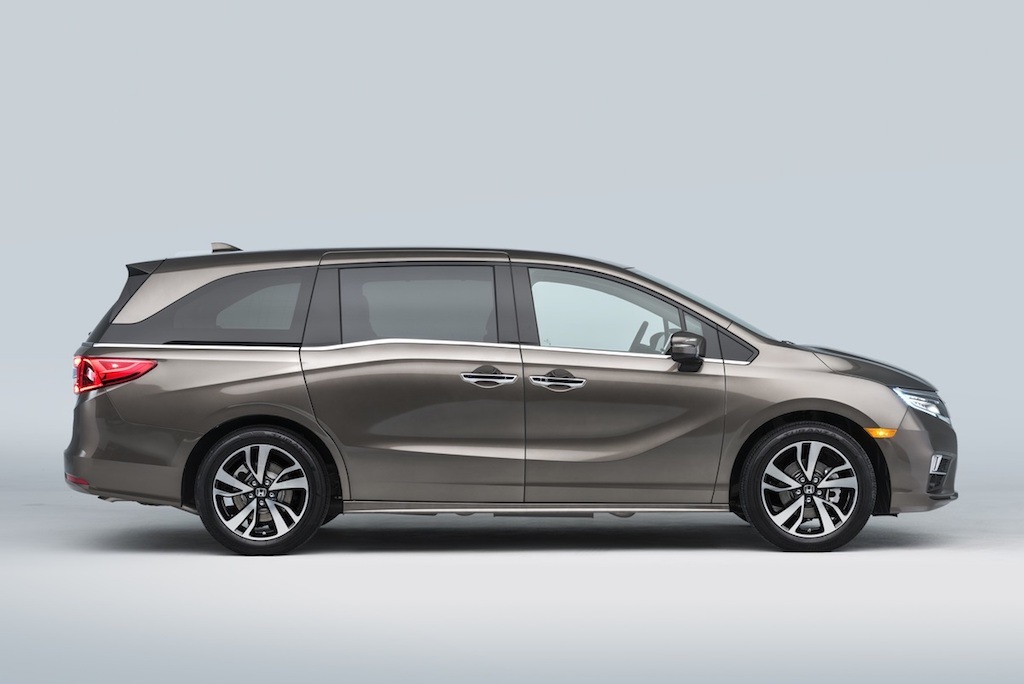 The minivan segment may be a shadow of its former self, but the holdouts have the formula refined to a science. At the top of the heap is the Honda Odyssey, which manages to look good (for a minivan), offers great reliability and fuel economy, and has a cavernous interior. That means taller drivers can rest easy, even if they’re hauling their kid’s soccer team, a load of plywood, or a group of buddies to tailgate.

The Porsche 911 has been one of the best driver’s cars in the world for over half a century. But its low-slung fastback roofline and snug interior mean that taller drivers might not be able to indulge in the fun. Michael Jordan famously had the seat rails of his 911s modified, so he could fit in them. If tall drivers don’t want to go through that hassle, they might want to look elsewhere. 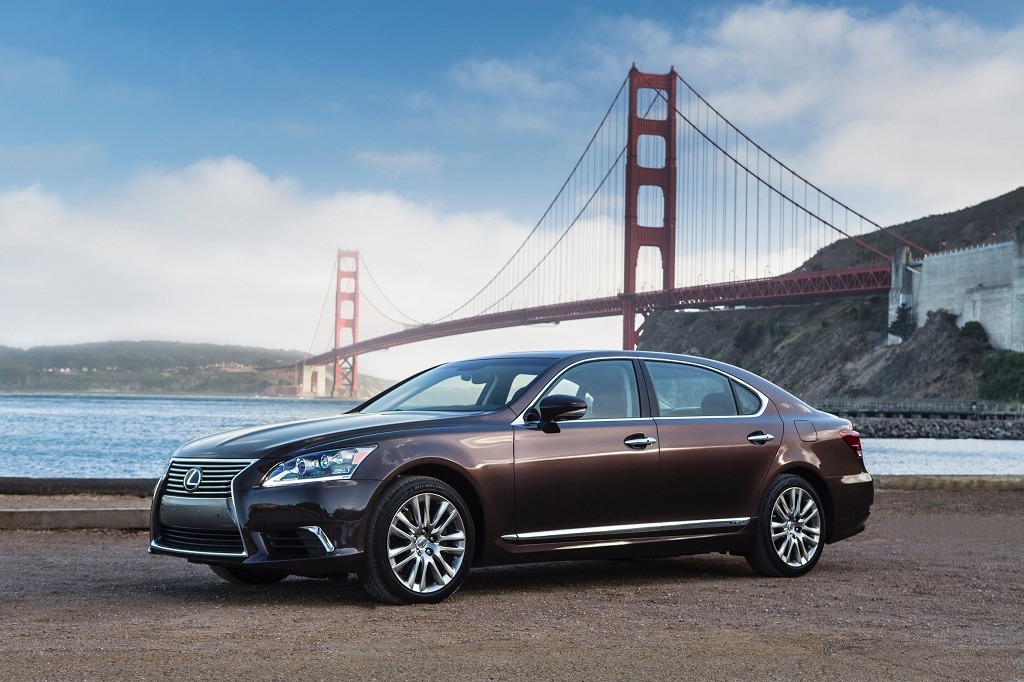 You might be starting to notice a trend here: Full-size luxury sedans are a pretty good choice for tall buyers. On top of its aggressive looks and bulletproof reliability, the flagship Lexus sedan is new for 2018. Sporting a twin-turbo 415 horsepower V6, it’s also sure to erase Lexus’ boring image once and for all.

Lexus’ compact IS has always been positioned as a BMW 3 Series fighter, which is something it’s been able to do with varying degrees of success over the years. Unfortunately, this current generation falls short of the benchmark. On top of lackluster performance and polarizing styling, its interior is cramped even for the average-sized driver. 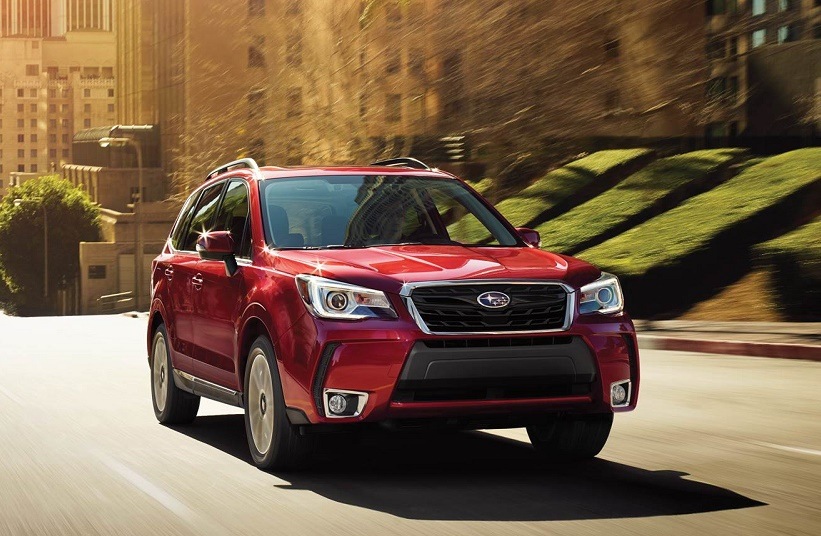 Subaru’s combination of value, reliability, and all-wheel drive powertrains have made it one of the most popular automakers on the road. And its Forester is a perfect embodiment of the brand’s ethos. Slotting somewhere between a station wagon and a small crossover, the Forester is easy to drive and offers tons of room inside.

Despite a 15-year production run, the Z4 rarely makes anyone’s list of top BMWs. Yes, it’s a small, good-looking roadster, but its lack of driver feedback is surprisingly not like a BMW. To make matters worse, its cramped cockpit is a tight fit for average-sized people. Tall drivers should probably look elsewhere.