Contrarian Investing: Can Potbelly Slim Down Your Portfolio? 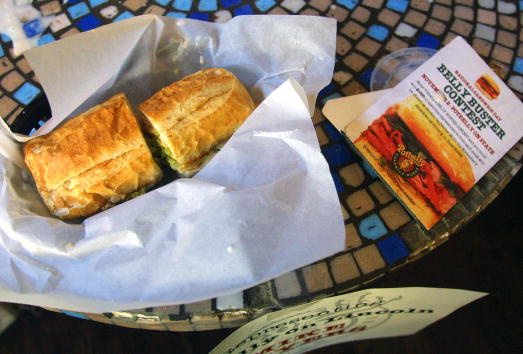 Potbelly Corp. (NASDAQ:PBPB) is a new publicly traded company that operates fast-food sandwich restaurants in the mid-western United States. The company came out on Thursday and announced lousy second-quarter earnings projections, and the stock promptly lost nearly a quarter of its value. Since its IPO, the shares are down by nearly two-thirds, and it seems that there is only one direction for the stock — straight down. But could all of this negativity be providing contrarian investors with a buying opportunity?

If we look at the company’s earnings figures (and note that they aren’t yet official) we see that the main problem is that revenue is growing at a slower pace than expected. Q2 revenue grew by 6.9 percent over revenue from the second-quarter of 2013 from $78.2 million to $83.6 million. This doesn’t look so bad considering that the company had been growing its sales in the high single-digits in the recent past. However, analysts were expecting more considering the company’s recent IPO and capital raise.

But what was really disappointing was same store sales growth. The actual figure grew by 1.6 percent — too small for a growth company — but due to the timing of the Easter holiday, it makes more sense to compare numbers without shifting the holiday weekend from the first to the second-quarter, and in that scenario same-store sales growth actually fell by 0.9 percent. This is completely unacceptable for a growth company, and I think it is for this reason, along with the general bearish stance of the market with respect to this stock, that we saw such a precipitous decline in the shares on Thursday.

Nevertheless, we have seen time and time again scenarios in which companies have flopped after going public because expectations were so high, only to bounce back and make money for the contrarian investors who got in at the bottom. If you think this is going to play out for Potbelly, then this is probably the right time to get in.

But Potbelly is no Facebook (NASDAQ:FB), and there are strong arguments to be made on both sides. On the bullish side, the shares are down significantly which indicates that the selling may be exhausted. Furthermore, we could see short sellers begin to cover their positions having made a substantial profit over the past several months. These are excellent supply-demand based reasons to consider taking a long position in Potbelly.

Fundamentally, we see that the company is growing its sales, which is a difficult task in this market environment. If the company can turn its same-store sales around then its overall sales growth will accelerate, and this can draw in growth investors who can push the stock substantially higher. However, this brings us to the downside, which starts off with the company’s negative same-store sales numbers. Keep in mind that any store has a fixed operating cost such as rent or property taxes, electricity, insurance, labor, and so forth. So when same store sales decline margins decline as well, and rising overall sales cannot reverse this.

Continuing with the negatives, the fast-food industry is very competitive, and Potbelly has to compete with companies such as Chipotle (NYSE:CMG), Subway, McDonald’s (NYSE:MCD), and hundreds more. If run well a fast-food restaurant can be very successful and make you a lot of money. But you really have to pick the winners, and only the winners, to succeed in this space.

Finally, food prices have been volatile. While agricultural commodities have fallen recently the fact remains that the global population is growing while the amount of arable land is not, and this means that more fertilizers and technologies must be used to increase crop yields, and this will push agricultural commodity prices higher. This could make life very difficult for Potbelly’s management, who must decide whether to raise prices and risk alienating customers or lose profits.

Ultimately, there are both positives and negatives, although given the recent bearish price action I would be more inclined to take a bullish stance based on the assumption that the bearish case is largely priced into the stock. But I wouldn’t hold the shares long-term.

Disclosure: Ben Kramer-Miller has no position in Potbelly.