Apologies to the Camaro, Firebird, Challenger, and every other iconic American car of the past 60 years. When it comes to classics with timeless appeal, the Corvette and Mustang are in a class of their own. Since 1953 and 1964 respectively, the Chevy and Ford have given generations of Americans a taste of the sporting life for a reasonable price. And because art imitates life, these cars have had a pretty big presence in Hollywood since they hit the scene.

Whether driven by suave heroes or likable losers, the Corvette and Mustang have an unmistakable presence on the big screen, sometimes even outshining the rest of the cast. Going over decades of movies, we’ve picked 10 films — five with Mustangs, five with Corvettes — and listed them in order of their appearance. Without further ado, here are the 10 most memorable movie Corvettes and Mustangs. 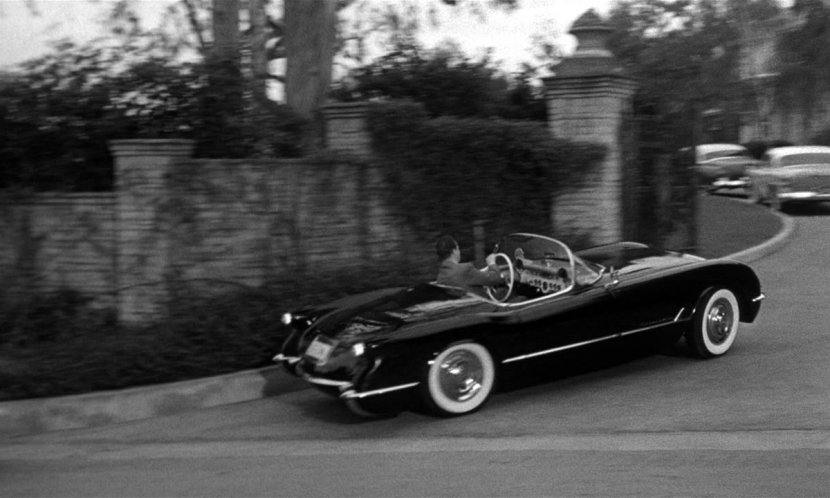 There were only four of these cars offered in black, including this one. | Parklane Pictures

Based on the best-selling Mickey Spillane detective drama, Kiss Me Deadly is a blend of sci-fi and noir that perfectly captures the nuclear anxiety of the 1950s. And hard-boiled detective Mike Hammer’s main ride is a black 1954 Corvette. With an expanded color palette, 1954 was the first year Chevy offered black on the Corvette. Including the movie car, just four people bought them in black. 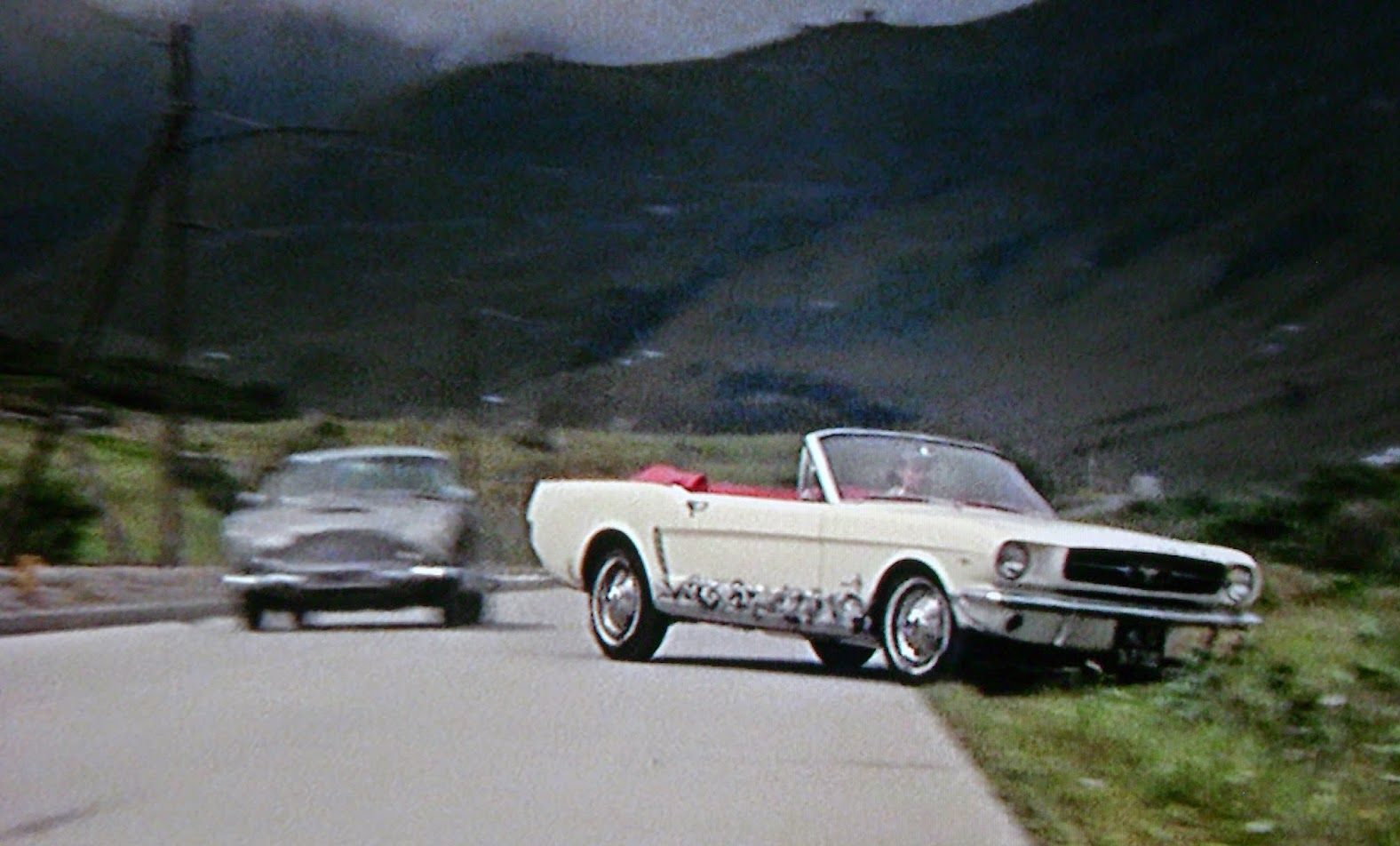 The filming of what’s arguably considered to be the best James Bond film took place between January and July 1964. In between, Ford released the Mustang, the era-defining pony car. Goldfinger‘s producers knew the car was going to be big and persuaded Ford to lend them an early production convertible. The car played a small role in the final film, but it was involved in one of the most iconic chase scenes in the entire franchise: chasing Sean Connery’s Aston Martin DB5 through Swiss mountain roads.

Although it’s largely been forgotten by everyone except dedicated gearheads, John Frankenheimer’s Grand Prix is one of the best car movies of all time. Focusing on four drivers over the course of a fictionalized version of the ’66 Grand Prix season, James Garner plays Pete Aron, an American driver looking for his big break. Off the track, Aron drives an iconic Shelby GT350H. Interestingly, Garner fell in love with racing during filming and raced competitively for years afterward. 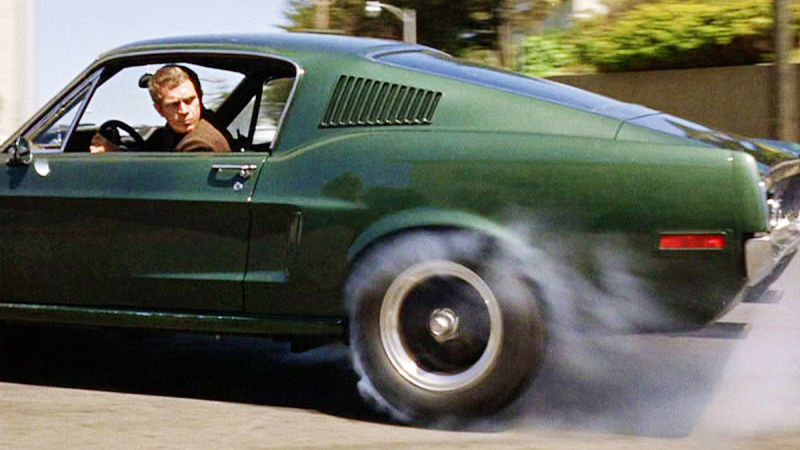 This might be the most famous movie car of all time. | Warner Bros.- Seven Arts

Not only is Steve McQueen’s Dark Highland Green Mustang the most famous Mustang movie car, it’s probably the most famous movie car of all time. The film’s producers bought a pair of 1968 GTs. They set about removing the grille, badges, and brightwork and adding American Racing wheels. The result is one of the coolest looking cars to ever grace the silver screen. One was destroyed in the climactic chase scene. The other has reportedly turned up in a body shop in Mexico. If it ever goes up for auction, it could be the most valuable production Mustang ever built.

You can’t have a James Bond movie without an incredible car. | Eon Productions

Diamonds Are Forever was Sean Connery’s final James Bond film, and admittedly it’s not exactly an essential part of the Bond canon. Because most of the action takes place in the New World, Bond ditches his Aston Martins for a something a little more American: a bright red 1971 Mach 1. The powerful ‘Stang looked right at home among the glitz of early ’70s Las Vegas, especially as Bond leads the police on a high-speed chase through busy Fremont Street. 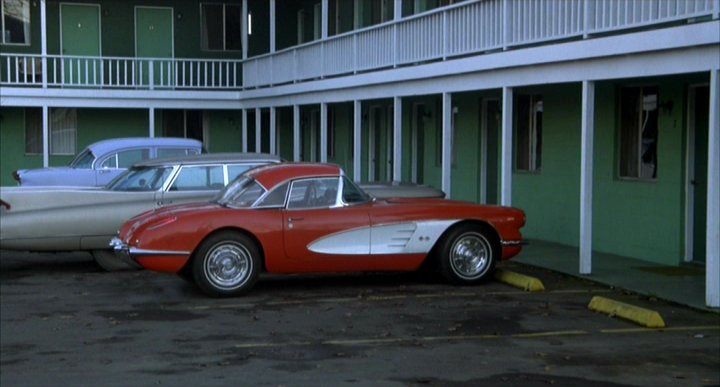 This car was perfect for a too-cool character. | Universal Pictures

Animal House isn’t exactly a car movie, but there are still some standouts — the chief one being Eric “Otter” Stratton’s red 1959 Corvette. The ladies’ man and big man on campus (played by Tim Matheson) is perfectly matched by his too-cool and impossible-to-miss ‘Vette. If there were ever a car that telegraphed a character’s personality, this is it.

The car is a direct representation of his life. | New Line Cinema

The car is remembered more than the movie. | Buena Vista Pictures

Let’s be honest: Even with a cast including Nicholas Cage, Angelina Jolie, and Robert Duvall, the 2000 remake of Gone in 60 Seconds isn’t a particularly good movie. But its lasting legacy lies with Eleanor, an aggressively modified ’67 Mustang that steals the show. Out of the 50 cars Cage steals during the film, Eleanor is the true star. A base car converted to look like a rare Shelby GT500, Eleanor wears an an aggressively modern body kit and large wheels. Seven cars were built for the film, but dozens of people have since made Eleanor clones. 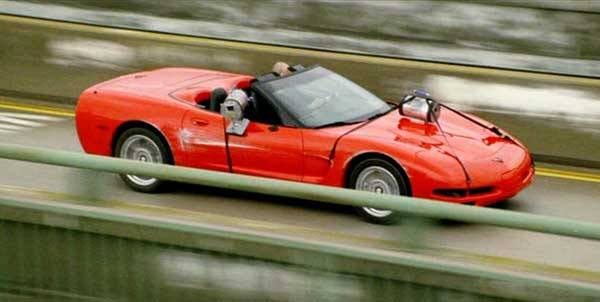 How the car will make it to the year 2233 we’re not sure. | Paramount Pictures

Will C2 Sting Ray Corvettes still be coveted in the year 2233? According to J.J. Abram’s reboot of Star Trek, yes. In one of the opening scenes, a young James Kirk (Chris Pine) goes for a joyride in his stepfather’s antique 1966 Corvette blasting the Beastie Boys’ “Sabotage” (or classical music, as it’s referred to) before sending it off a cliff. According to some fan interpretations, sending a Jet Age Sting Ray built the year Star Trek debuted off a cliff was supposed to send the message that the movies were a fresh start. Mission accomplished, in our opinion.